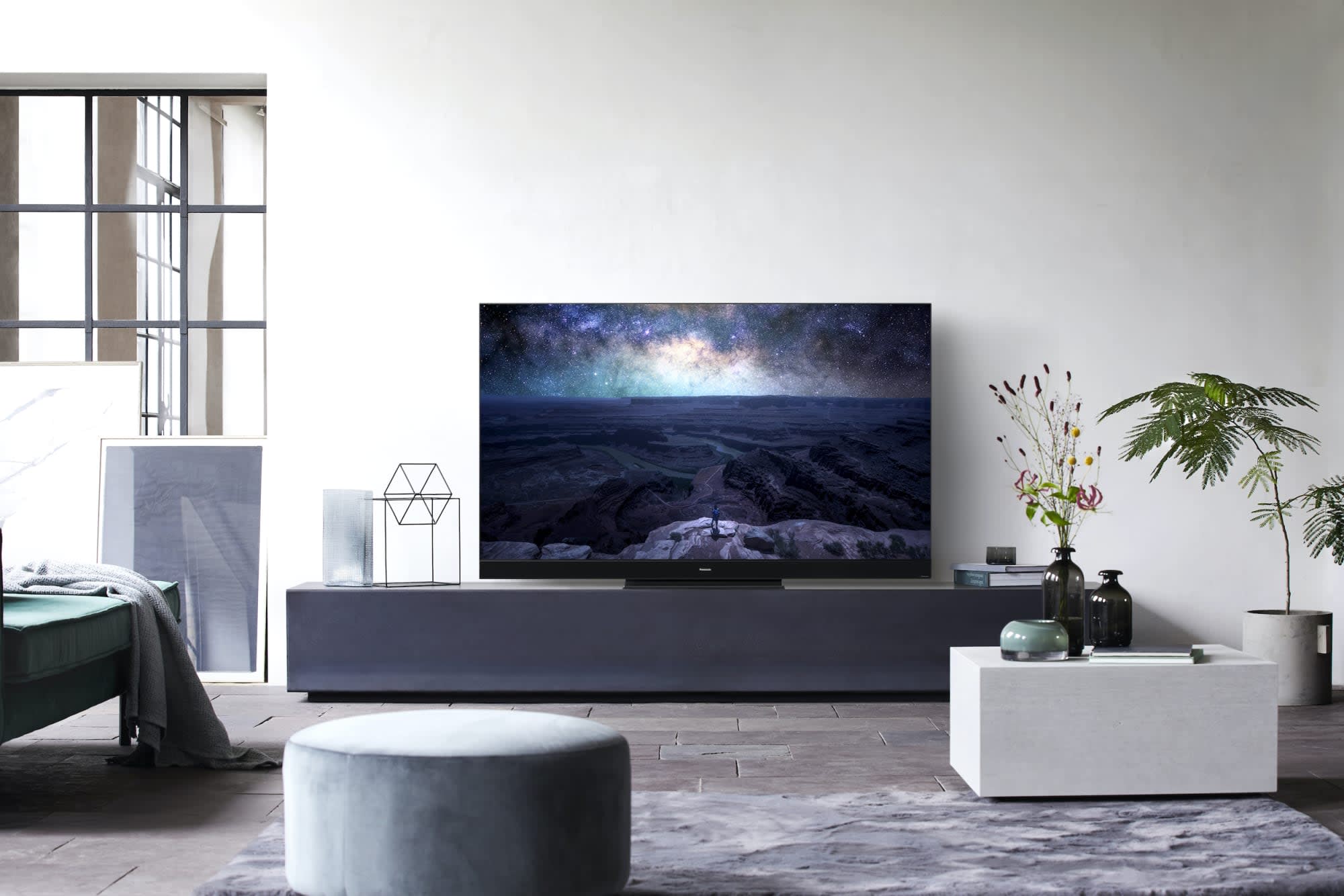 Panasonic is known for building costly TVs with exceptional image quality, and it's keeping that trend going at CES 2020. Its latest HZ2000 model is the first OLED TV to support Dolby Vision IQ and Filmmaker Mode, features aimed at cinephiles who want to view films exactly as the creators intended. It's built using Panasonic's Master HDR OLED Professional Edition panel, which also delivers up to an extra 20 percent peak brightness compared to other OLED TVs.

As we saw earlier this year, Filmmaker Mode basically turns off "soap opera" motion smoothing and ensures the correct color, aspect ratio and frame rates for a given film. Panasonic's version of Filmmaker Mode will also adjust the picture to account for ambient light levels. On top of that, the HZ2000 will support Dolby Vision, HDR10+ and HLG Photo modes.

Panasonic said that the set was tuned by Hollywood expert Stefan Sonnenfeld (Wonder Woman, A Star is Born) for maximum color accuracy and "significantly better peak and average brightness levels." That would be a notable improvement, as OLED TVs are known for having great contrast but mediocre brightness levels.

Panasonic also introduced a new calibration feature that will help viewers calibrate black levels with extra precision. In addition, "viewers will also for the first time on Panasonic TVs be able to calibrate Dolby Vision content," Panasonic said. Finally, the HZ2000 will feature its 360 degree Soundscape pro, with upward-firing speakers and support for spatial sound stage via Dolby Atmos tech.

Though you might only think of LG and Sony when it comes to OLED TVs, Panasonic has a great reputation for its own OLED models, particularly among film and TV industry professionals. Last year at CES, it focused on the GZ2000 model aimed at color-accuracy aficionados. The only challenge is that the sets are rather expensive and not available in Canada or the US. Elsewhere, they'll arrive at an unknown price in the summer of 2020.

In this article: 4K, av, CES2020, Dolby Vision IQ, Filmmaker Mode, gear, HZ2000, OLED, Panasonic, TV
All products recommended by Engadget are selected by our editorial team, independent of our parent company. Some of our stories include affiliate links. If you buy something through one of these links, we may earn an affiliate commission.