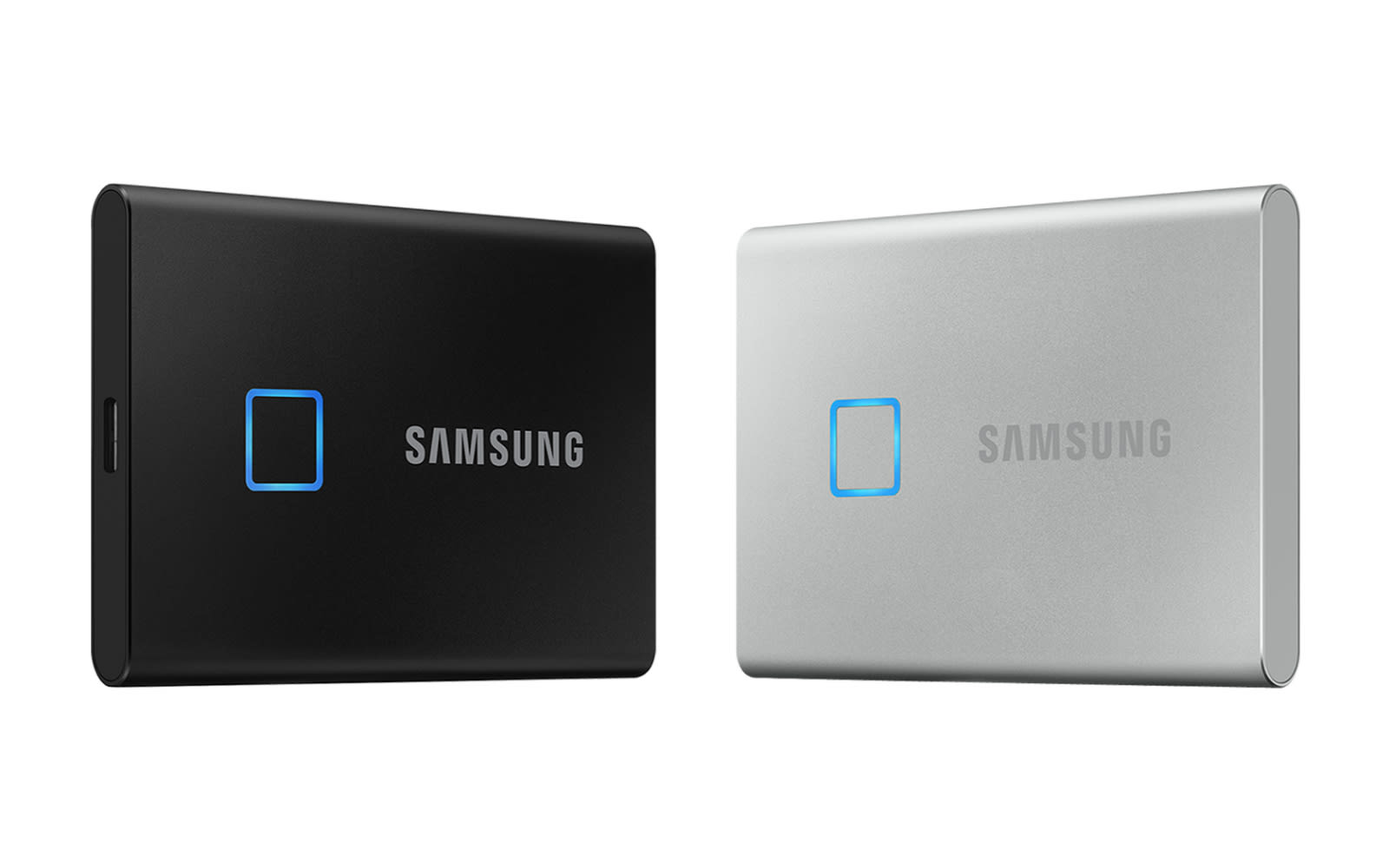 Security is especially important for portable SSDs, which might carry tons of sensitive information yet end up tossed in a bag. Samsung recognizes this. To make its latest portable SSD more secure, it has added a fingerprint sensor to the new T7 Touch, which was named a CES 2020 Innovation Awards honoree.

"Consumers who are constantly on the go between work, play and passion projects want to be able to securely carry their content with them," said Mike Mang, vice president of Samsung's Brand Product Biz Team.

In addition to the built-in fingerprint scanner, the T7 Touch includes password protection and AES 256-bit hardware encryption. It comes in a sleek titanium metal case, in black or silver, weighs just 58 grams (about as much as two AA batteries) and holds up to 2TB of data. It also has a "Motion LED" so users can check the status of the device with a glance.

The T7 offers significantly more speed than its predecessor, the T5, which has consistently ranked among the best portable SSDs. The T7 Touch has a read speed of 1,050 MB/s and a write speed of 1,000 MB/s, making it almost twice as fast as the T5.

Source: Samsung, CTA
In this article: ces2020, drive, fast, fingerprint, fingerprint sensor, gadgetry, gadgets, gear, innovation award, personal computing, personalcomputing, portable, samsung, security, ssd, storage, T7, T7 touch
All products recommended by Engadget are selected by our editorial team, independent of our parent company. Some of our stories include affiliate links. If you buy something through one of these links, we may earn an affiliate commission.