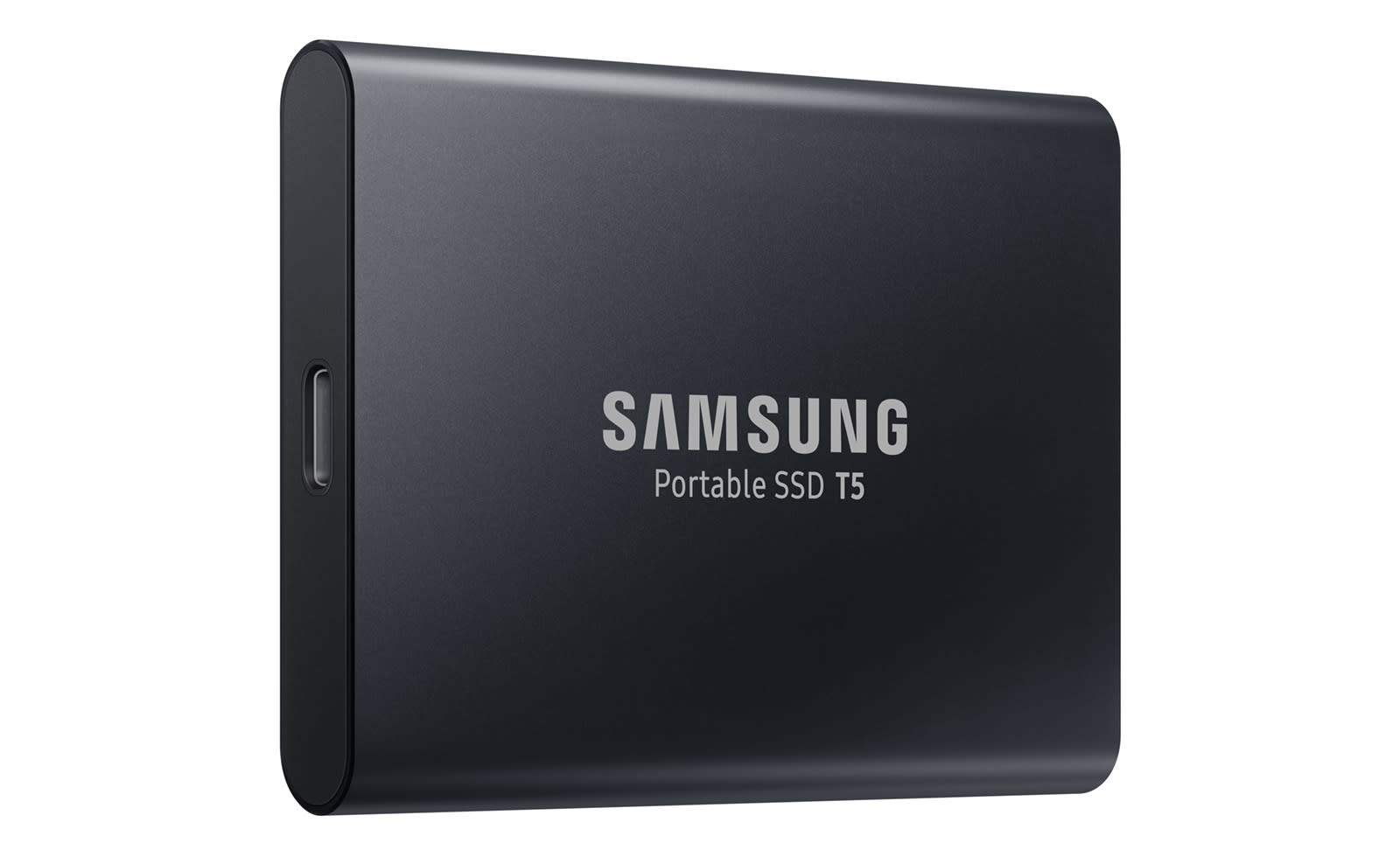 We keep hearing about obtuse terms like "96-layer" and "V-NAND" for flash storage tech, but what does that mean for actual products? Samsung has given us a concrete answer with its latest portable SSD drive, the T5. It uses bleeding-edge 64-layer V-NAND and USB 3.1 gen 2 tech to generate impressive 540 MB/s transfer speeds, assuming your host computer can handle it. That's about as fast an external device of any kind that you can find right now.

Those impressive speeds should let you edit RAW 4K video, for instance. On top of that, Samsung is offering the T5 with some pretty high capacities: 250GB, 500GB, 1TB and 2TB. While it won't hold as much data as mechanical disks, the 540 MB/s speed is nearly five times as high, and you'll also get better longevity, reliability and ruggedness than a hard disk.

The rub, of course, is the price. The T5 is not aimed at the backup crowd (unless they need to do it really quickly), but rather multimedia users who need high sustained throughput speeds. As such, the 250GB T5 runs $130, more than you'd pay for a 3TB portable mechanical disk on Amazon. The 1TB model runs $400, while the high-end 2TB models is $800 -- at least six times the price of a comparable mechanical model.

In this article: 550MBps, App, Encryption, gear, personal computing, personalcomputing, PortableSSD, samsung, SSD, T5
All products recommended by Engadget are selected by our editorial team, independent of our parent company. Some of our stories include affiliate links. If you buy something through one of these links, we may earn an affiliate commission.