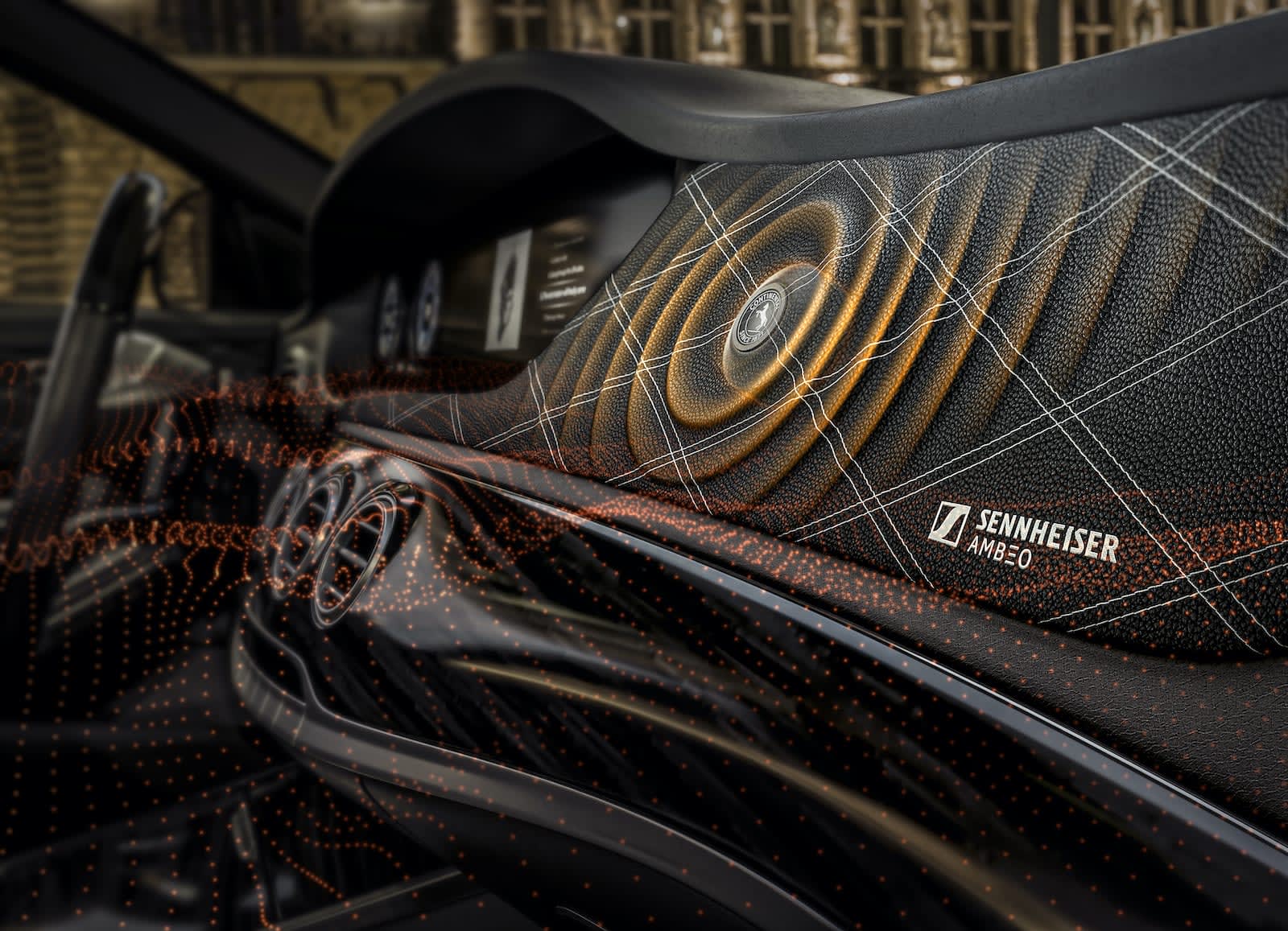 Yesterday, automotive tech company Continental announced a slew of futuristic car enhancements, but one that really caught our attention was a new in-car spatial audio system using Sennheiser's Ambeo 3D audio. What really makes it interesting, though, is the fact that it doesn't use traditional loudspeakers. Instead, it uses Continental's "Ac2ated" technology to physically stimulate various surfaces in the car; that stimulation makes them produce sound, the same way plucking piano or guitar strings causes the instrument's body to resonate with sound. It's a weird concept, a demo at CES Continental held for the press showed the technology really works.

The demo took place inside a Mercedes A200 that we weren't allowed to photograph, but there was nothing inside it to hint that it was different than any other car. And in fact, listening to the system didn't immediately sound any different than any other high-quality audio system. Sennheiser's Ambeo technology meant that there was a far more pronounced 3D effect in the demo audio and a quick clip of a song that we heard. But if I didn't know any better, I wouldn't have imagined that what I heard was coming from anything other than traditional speakers.

So what's the point? Well, no speakers means fewer parts and greater interior design freedom. It also can significantly reduce the volume of space in the car that speakers take up, and it's much lighter as well. Continental says that traditional audio systems can weigh more than 88 pounds, and that weight and overall volume can be cut by as much as 90 percent in some cases.

As for when we might hear a car with this technology, that's less clear. Continental is just calling it a concept at this point, so there's no indication that any automaker is actively investigating such a solution. But it sounds good, and there also appear to be some real-world benefits to moving away from traditional speakers. Whether that technology ever hits the mainstream at an affordable price remains to be seen.

In this article: 3d audio, ambeo, ces2020, continental, gear, sennheiser, transportation
All products recommended by Engadget are selected by our editorial team, independent of our parent company. Some of our stories include affiliate links. If you buy something through one of these links, we may earn an affiliate commission.