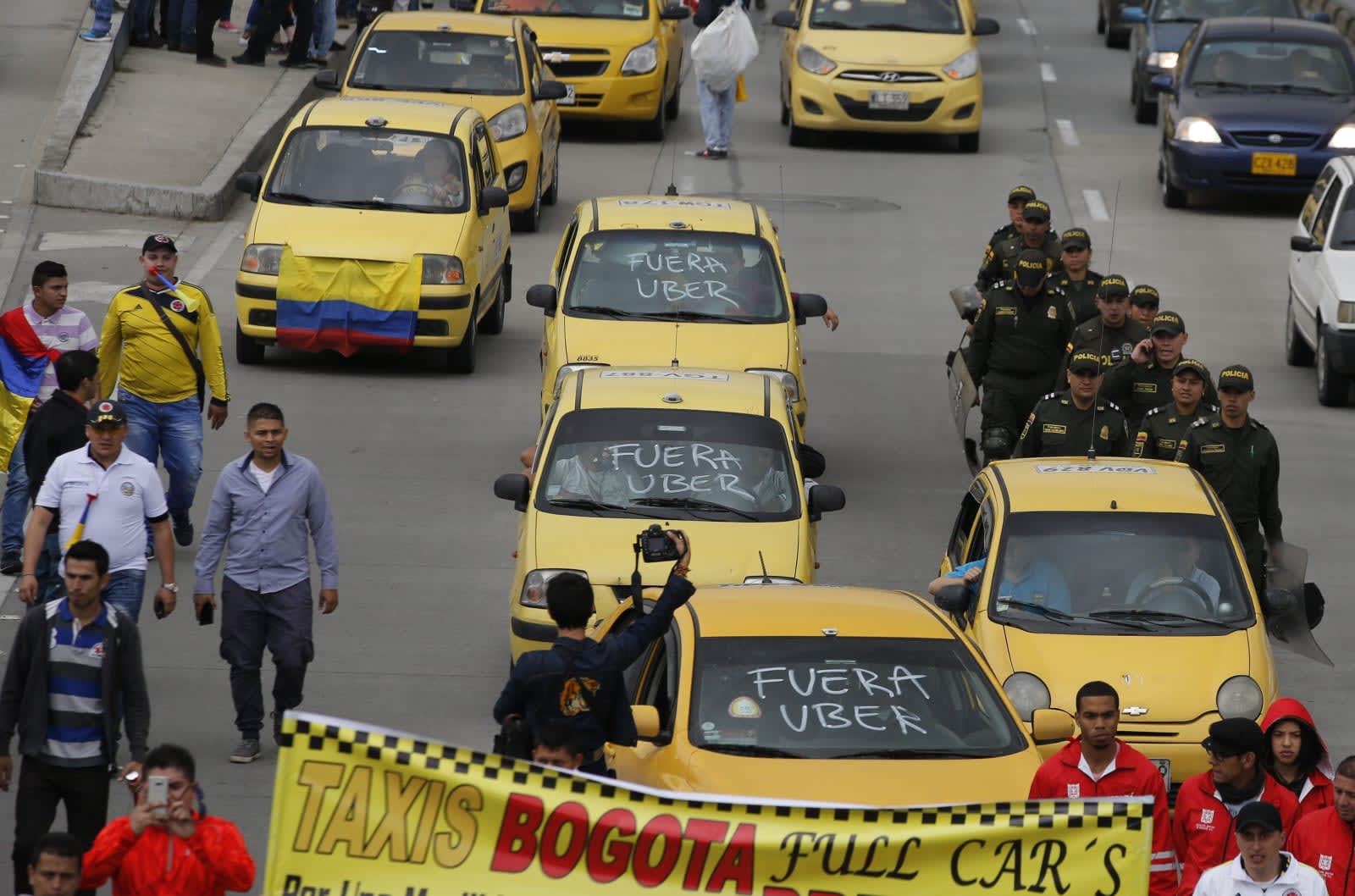 Uber has once again been kicked out of an entire country. The ridesharing firm is shutting down operations in Colombia on February 1st after a December court ruling that it violated transportation laws. It intends to appeal the ruling, which it called "arbitrary" and a violation of a free trade deal that protects American companies' subsidiaries. For now, though, this will leave about 88,000 drivers (and 2 million customers) resorting to alternatives.

A lawsuit had accused Uber of breaking the law by steering customers away from taxis and offering public transportation without a license.

This isn't the first time Uber has been given the boot. A German court recently ruled against Uber, and Italy temporarily banned the company in 2017. However, it appears to be the first time Uber has been forced out of an entire country in the Americas. It also comes under questionable circumstances. Taxi driver unions had lobbied the Colombian government in a bid to thwart ridesharing apps in return for promising to stay out of anti-government protests.

Whatever the circumstances, Uber's departure could have mixed consequences. While it'll reassure taxi drivers worried they were being squeezed out (though they still have to compete with options like Didi), it could leave thousands of Uber drivers out of work. Unlike the US and some other countries, driving Uber full-time can pay relatively well -- this could represent a significant blow for some workers.

Source: Reuters, Washington Post
In this article: colombia, competition, gear, internet, law, politics, ridesharing, ruling, services, transportation, uber
All products recommended by Engadget are selected by our editorial team, independent of our parent company. Some of our stories include affiliate links. If you buy something through one of these links, we may earn an affiliate commission.