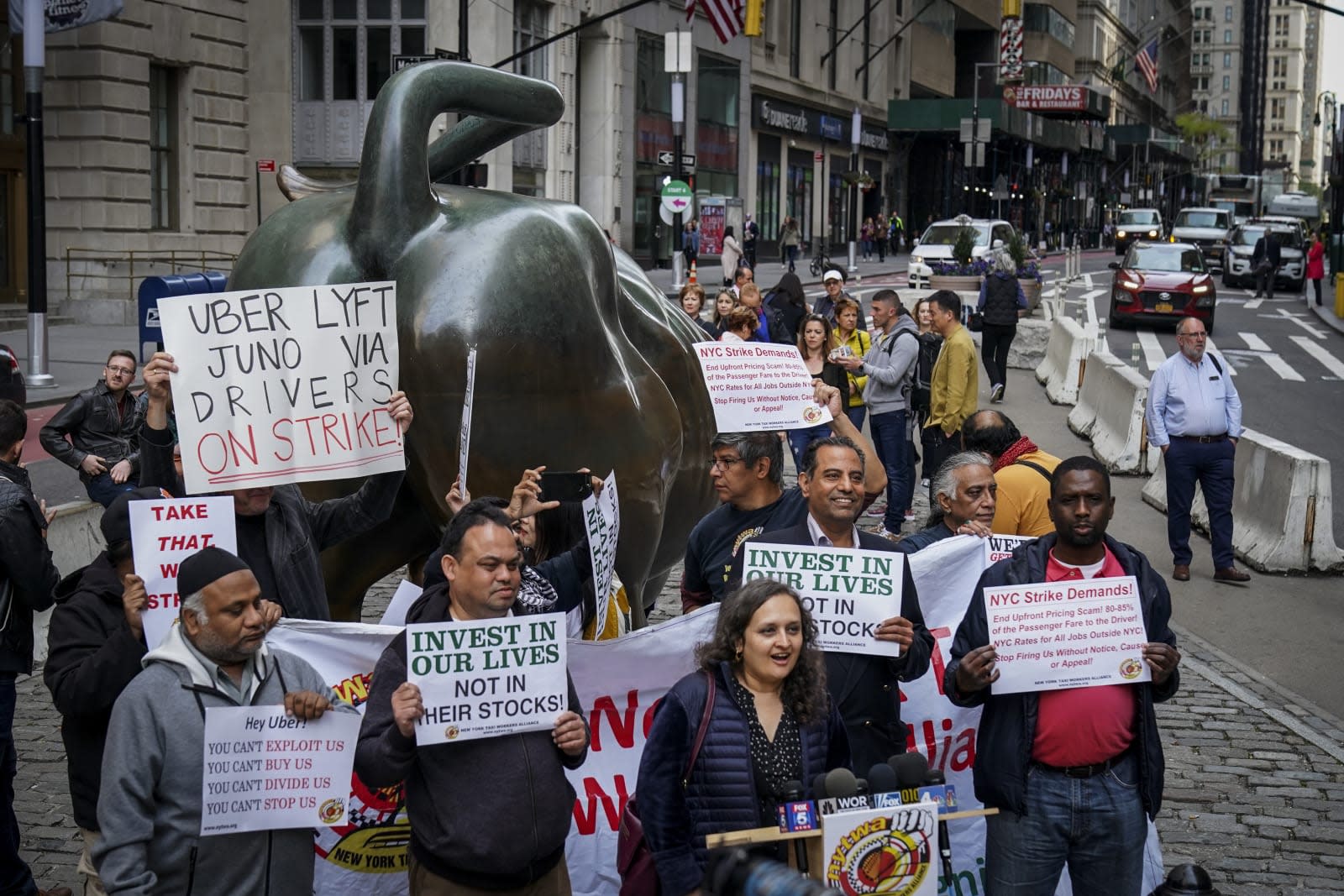 Ridesharing drivers for have acted on promises to go on strike over labor conditions. Workers for Uber, Lyft and other companies in 10 cities (including Chicago, New York City and LA) are staging actions to demand better pay and job security. The exact conditions vary from city to city, but there are common demands for minimum guaranteed pay, caps on the companies' fare portions and an end to sudden, opaque deactivations that leave drivers with few options to get their access back.

The drivers involved in the strikes have shut their apps off for the entirety of May 8th, and are encouraging would-be passengers to boycott the services for the day.

There have been some improvements for drivers in recent months, such as New York City's minimum wage for app-based drivers. However, there are still concerns that the real-world pay still isn't enough to reliably make ends meet, and that drivers are denied protections (such as transparency for termination) even though many of them work long hours like full-time employees elsewhere. And the timing isn't coincidental -- between Lyft's recent IPO and Uber's upcoming public offering, drivers are concerned that greater wealth and rising fares might not translate to better income and a healthier work-life balance.

The move could put pressure on the companies to do something, although they're not offering a direct response if so. Uber said in a statement that it acknowledged drivers were "at the heart of our service" and vowed to "continue working" on improving the experience, pointing to past improvements in earnings, insurance and education. The problem, of course, is that this doesn't entirely reflect the truth -- they've fought attempts to classify workers as employees, and have objected to minimum wage requirements. Strikes like this are meant to soften those objections, or at least to extract concessions the companies weren't otherwise going to make.

In this article: business, employment, gear, gig economy, internet, lyft, pay, ridesharing, services, strike, transportation, uber
All products recommended by Engadget are selected by our editorial team, independent of our parent company. Some of our stories include affiliate links. If you buy something through one of these links, we may earn an affiliate commission.