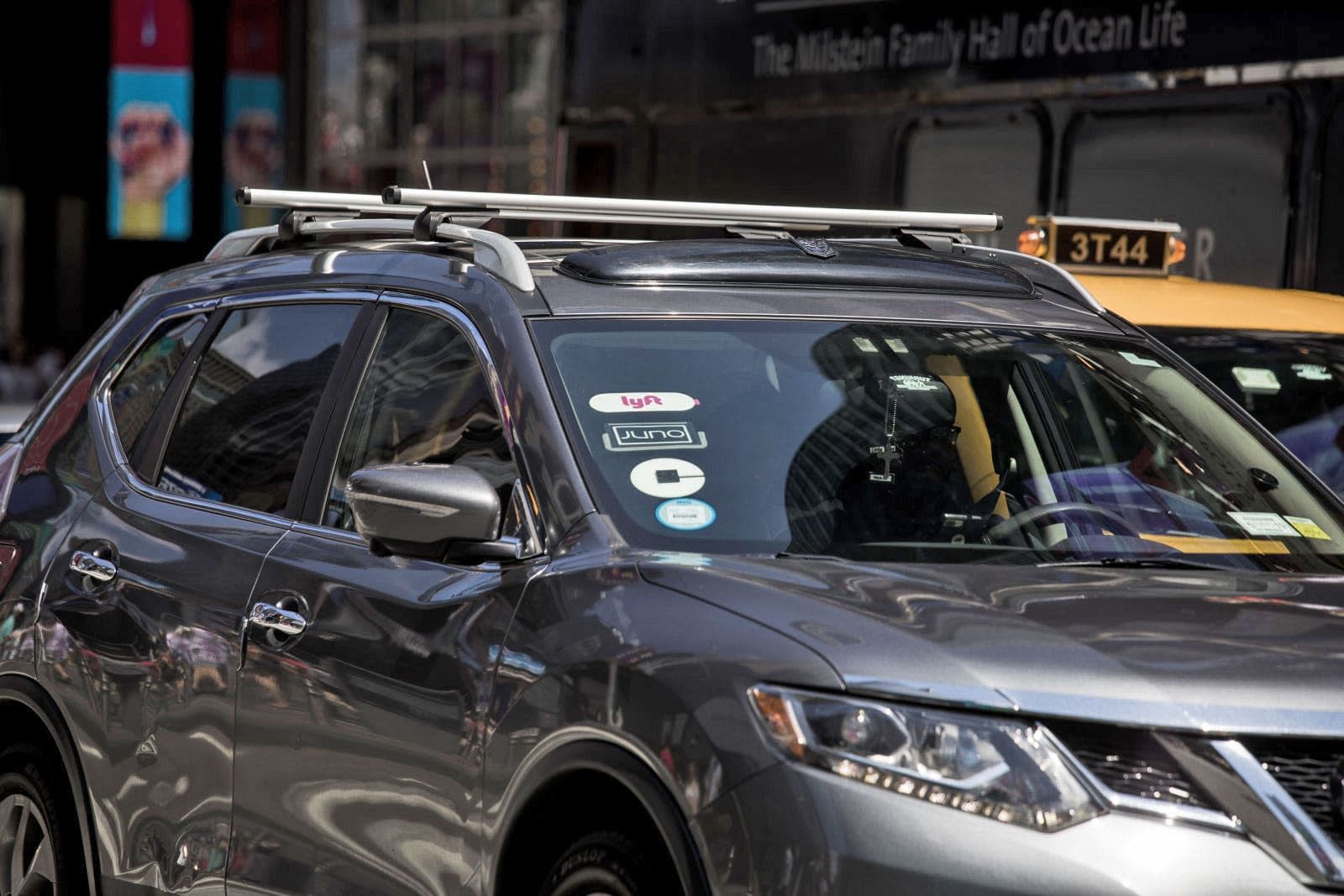 New York City's Taxi and Limousine Commission voted today to establish a minimum wage for drivers working for companies like Uber, Lyft, Juno and Via. The city is the first in the US to set a minimum pay rate for app-based drivers. Going forward, the minimum pay will be set at $17.22 per hour after expenses, bringing it in line with the city's $15 per hour minimum wage for typical employees, which will take effect at the end of the year. The additional $2.22 takes into account contract drivers' payroll taxes and paid time off.

"Today we brought desperately needed relief to 80,000 working families. All workers deserve the protection of a fair, livable wage and we are proud to be setting the new bar for contractor workers' rights in America," Jim Conigliaro, Jr., founder of the Independent Drivers Guild, said in a statement. "We are thankful to the Mayor, Commissioner Joshi and the Taxi and Limousine Commission, City Council Member Brad Lander and all of the city officials who listened to and stood up for drivers."

Earlier this year, the Taxi and Limousine Commission released the results of a study it requested, which recommended the new pay floor. And in August, NYC Mayor Bill de Blasio signed a bill requiring the commission to set a base pay rate. The Independent Drivers Guild, which has been working towards a minimum pay rate for some time, estimates that contract drivers in the city are currently earning just $11.90 per hour after expenses.

Across the US, there's been increased scrutiny on what companies like Uber and Lyft are actually paying their workers. In May, San Francisco subpoenaed the two companies for their pay records, and both companies have faced lawsuits over driver wages. Last year, NYC began requiring all ride-hailing services to offer an in-app tipping option.

The rules passed today aren't sitting well with the companies affected by them, however. Lyft told Engadget that it's concerned that calculating pay per ride rather than per week will incentivize short rides over long rides. Further, Lyft says the new out of town rates -- which require companies to pay drivers more when they take passengers outside of the city and return without a passenger -- will be hard to implement before the new regulations take effect in 30 days.

"Lyft believes all drivers should earn a livable wage and we are committed to helping drivers reach their goals," the company told Engadget. "Unfortunately, the TLC's proposed pay rules will undermine competition by allowing certain companies to pay drivers lower wages, and disincentive drivers from giving rides to and from areas outside Manhattan. These rules would be a step backward for New Yorkers, and we urge the TLC to reconsider them."

Uber released a statement as well ahead of today's vote. The company's director of public affairs, Jason Post, said:

"Uber supports efforts to ensure that full-time drivers in NYC - whether driving with taxi, limo or Uber - are able to make a living wage, without harming outer borough riders who have been ignored by yellow taxi and underserved by mass transit.

The TLC's implementation of the City Council's legislation to increase driver earnings will lead to higher than necessary fare increases for riders while missing an opportunity to immediately reduce congestion in Manhattan's central business district.

The TLC's rules does not take into account incentives or bonuses forcing companies to raise rates even higher. Companies use incentives and bonuses as part of driver earnings to ensure reliability citywide by providing a monetary incentive to drivers to complete trips in areas that need them the most (such as outside of Manhattan).

In addition, the rules miss an opportunity to immediately deal with congestion in Manhattan's central business district. A recent TLC study authored by economists James Parrott and Michael Reich describes a formula that would financially punish companies who have low utilization rates. Instead, the TLC is choosing the adopt an industry-wide utilization rate that does not hold bases accountable for keeping cars full with paying passengers."

In this article: gear, independentdriversguild, juno, lyft, MinimumWage, NewYorkCity, politics, services, TaxiAndLimousineCommission, transportation, uber, via
All products recommended by Engadget are selected by our editorial team, independent of our parent company. Some of our stories include affiliate links. If you buy something through one of these links, we may earn an affiliate commission.