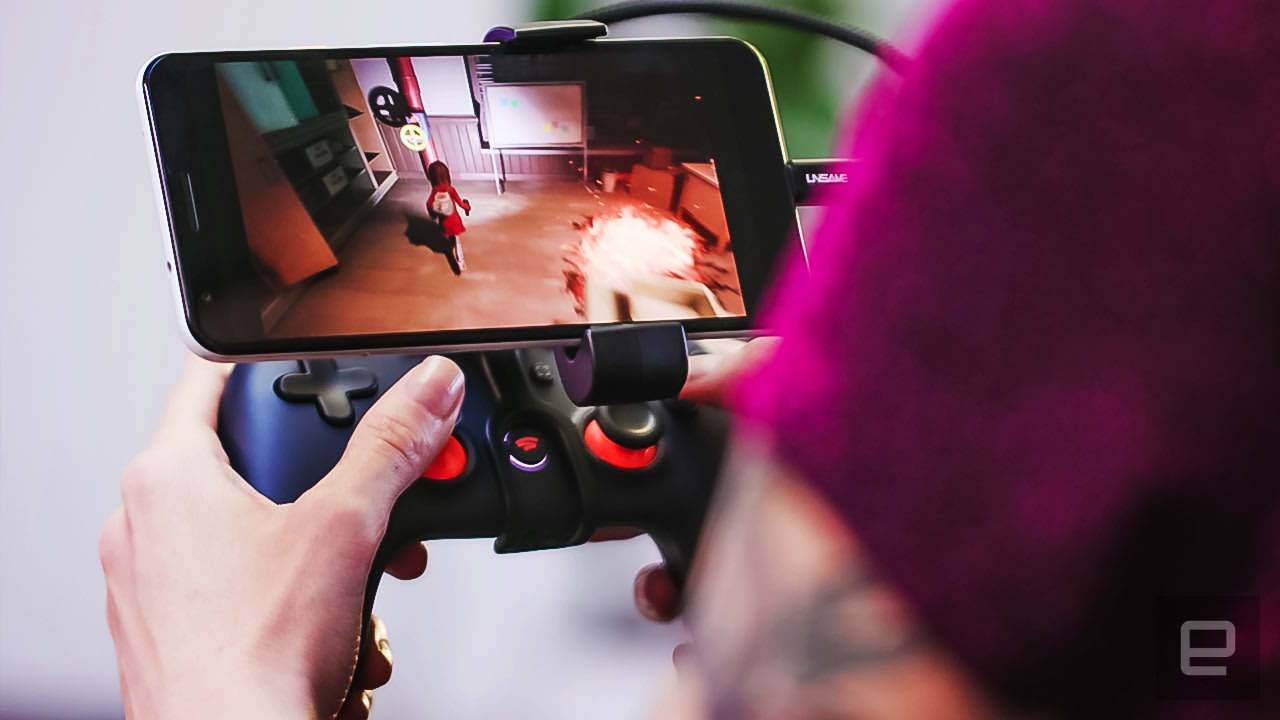 When Google Stadia launched in November, it didn't garner an overwhelming reception, but it didn't exactly flop, either. It's a competent product that lets gamers play new titles with a modest investment in hardware. Just open up Chrome, an app or turn on your Chromecast and you're ready to play once you've logged in. Early adopters complained about lag, low-resolution visuals, missing features and a paltry selection of games, though. To address Stadia's growing pains, Google has drawn out a vague but promising roadmap for the year, with the addition of more than 120 games as a highlight.

Sometime in the next few months, desktop users will be able to stream games in 4K. (It's not clear whether or not this only applies to Stadia Pro subscribers, who currently pay a monthly fee to stream in 4K.) This raises the question of whether or not playing on higher specs causes more lag. It's possible that Google has been working to reduce latency issues, given it's a common complaint and a touchy subject for fans of shooting games, where every frame counts. Within the same timeframe, users who purchased the Stadia controller will finally be able to use its wireless connection when playing through the desktop version of Chrome -- currently, the game pad doesn't work without its USB-C cable on desktop, which is strange, but probably not a dealbreaker for most.

On the mobile front, Stadia will be rolling out support for more Android phones. Since launch, the only Android devices capable of running the app are Google's own Pixel phones. There are plenty of other Android devices out there, so opening the platform up to phones like the Samsung Galaxy lineup could be a way for Google to boost adoption.

In terms of games, Google says that about 10 new timed exclusives will be out by mid-year, and that the company will announce February's games for Stadia Pro -- the platform's subscription that provides a few free games per year and high-spec streaming -- later this month.

Given the lukewarm reception of Stadia, just about any updates -- especially performance upgrades -- would likely help Google make the platform more enticing to gamers. It's an ambitious project -- so much so that one could argue that the technology infrastructure that Stadia requires just isn't there yet. But for those who don't want to drop hundreds of dollars on a gaming PC or a console, Stadia could soon become a "good enough" alternative.

Source: Stadia
In this article: android, av, chrome, Chromecast, game streaming, games, gaming, google, google stadia, mobile, services, stadia, stadia pro, streaming, thebuyersguide
All products recommended by Engadget are selected by our editorial team, independent of our parent company. Some of our stories include affiliate links. If you buy something through one of these links, we may earn an affiliate commission.