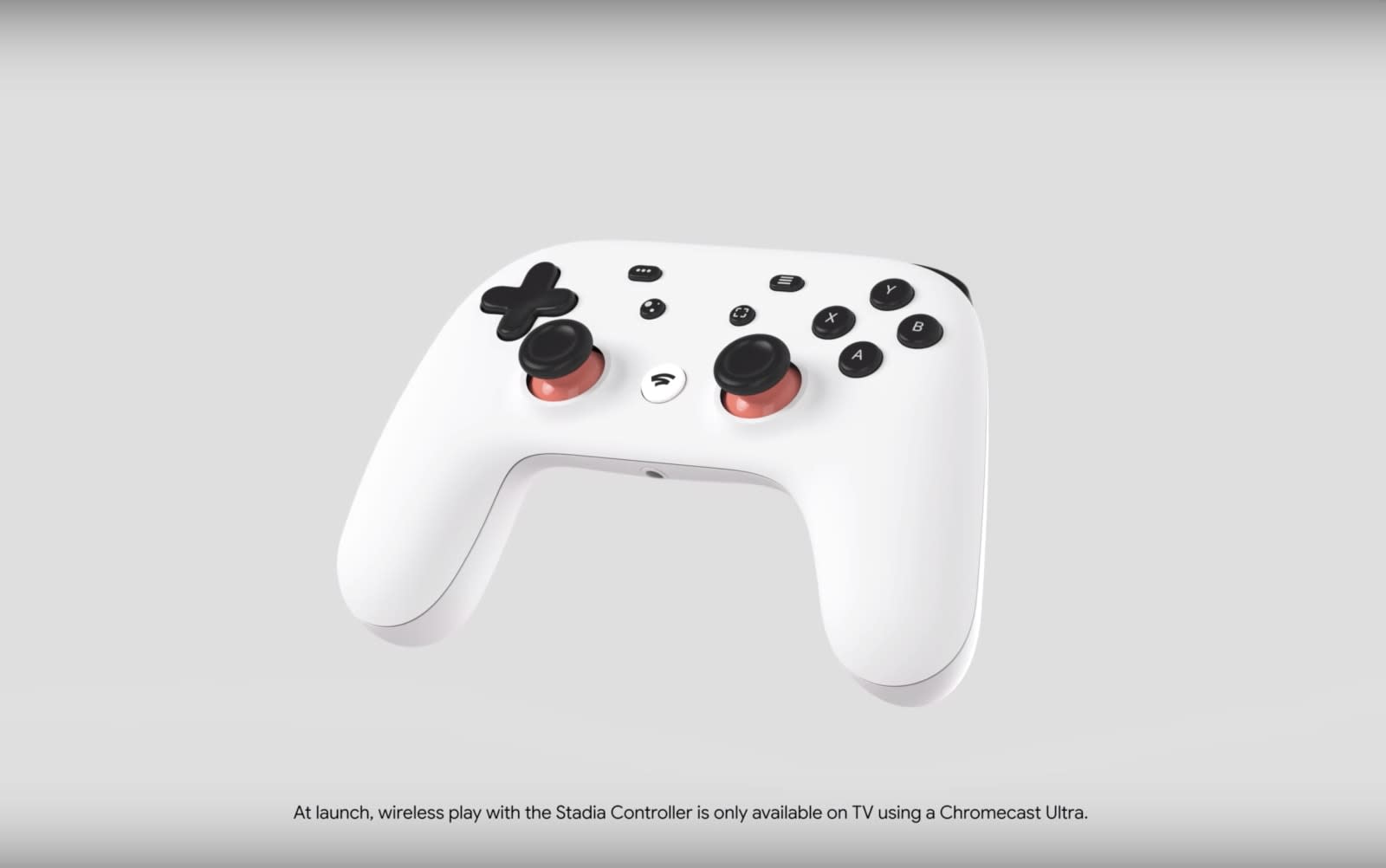 If you were planning to play Stadia games on your computer or phone while using its official controller, you'll have to get used to being tethered to your device with a USB-C cable. The Google Stadia controller's wireless capability will only work on TV with a Chromecast Ultra at launch, the tech giant has revealed in a fine print on a Stadia video. A Google Community Manager handling the Stadia subreddit has confirmed the information and also clarified that you'll need the official controller to play games through Chromecast Ultra.

Since the Stadia controller only uses Bluetooth for setup and connects via WiFi for gameplay, you truly can't use it without a cable at first. It's still not clear when wireless play will be available for the other Stadia-compatible devices, but the tech giant told The Verge that it's focusing on getting wireless right on TV first to make the big screen gaming experience as good as possible.

Google's Stadia game streaming service will debut on November 19th in the US, Canada, UK, Ireland, France, Germany, Italy, Spain, Netherlands, Belgium, Denmark, Sweden, Norway and Finland. The Stadia Founder's Edition will set you back $130 and will come a controller, a Chromecast Ultra and two three-month Stadia Pro subscriptions.

In this article: gadgetry, gadgets, gaming, google, stadia
All products recommended by Engadget are selected by our editorial team, independent of our parent company. Some of our stories include affiliate links. If you buy something through one of these links, we may earn an affiliate commission.