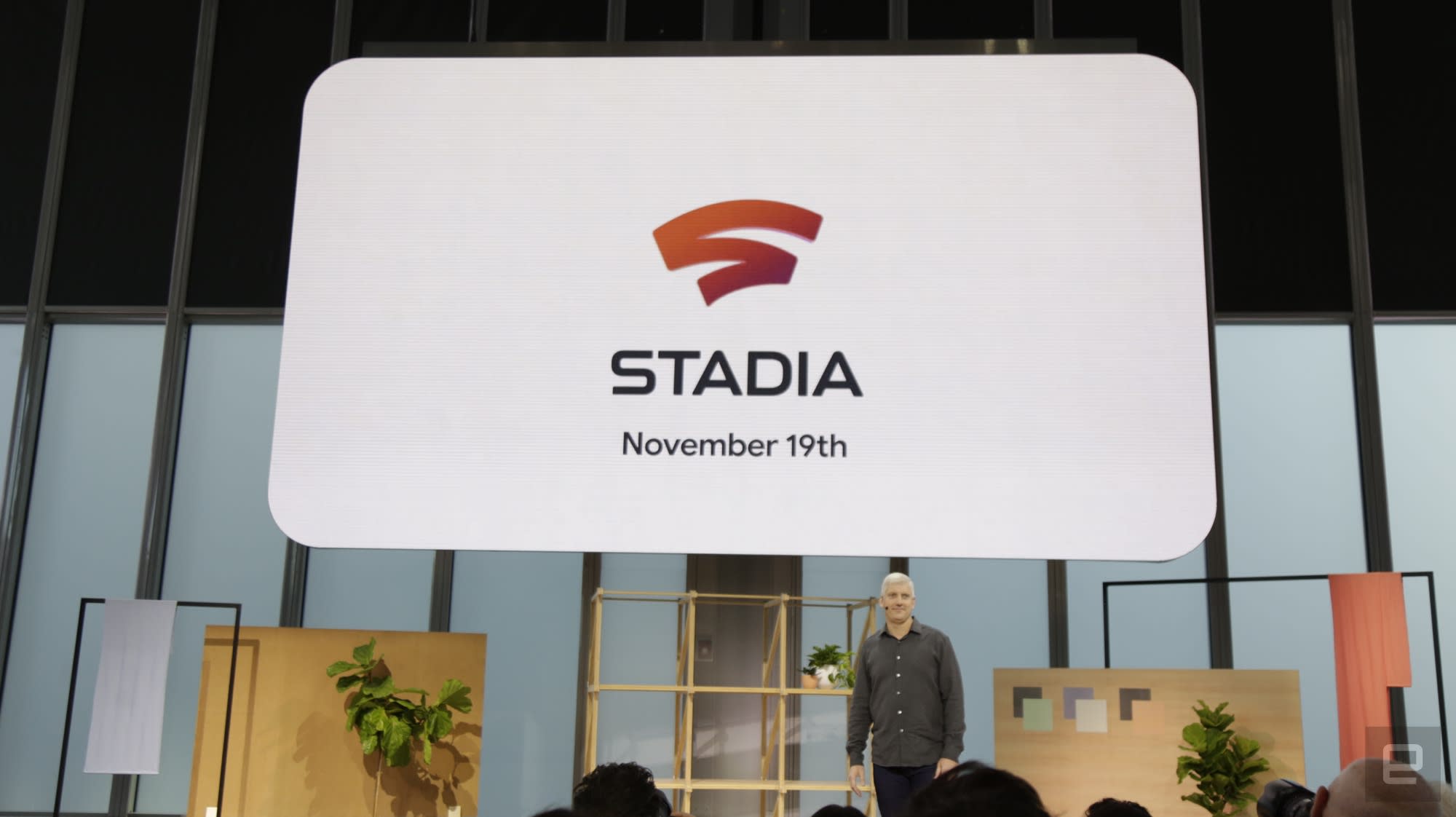 Google's Stadia game streaming service will launch on November 19th, as Rick Osterloh announced today at the company's fall hardware event. In a separate blog post published during the keynote, Google added that servers will open to the public at 12PM EST/9AM PST. Besides the US, Stadia will launch in Canada, UK, Ireland, France, Germany, Italy, Spain, Netherlands, Belgium, Denmark, Sweden, Norway and Finland.

At launch, you'll be able to purchase Stadia's Founder's Edition for $129.99. The pack, which has been available to pre-order since June, includes a Chromecast Ultra, limited-edition Night Blue controller and two three-month Stadia Pro subscriptions. The Founder's Edition grants you access to Stadia's library of games at up to 4K resolution, 60 frames per second and with both HDR and 5.1 surround sound. After the first three months, the service costs $9.99 per month. Next year, Google plans to offer a Stadia Base subscription that allows you to buy games individually and play them at 1080p and 60 frames per second.

Some of the titles that are coming to Stadia include Assassin's Creed Odyssey, Red Dead Redemption 2, Destiny 2 and Wolfenstein: Youngblood.

In this article: av, gaming, google, pixel4event, services, stadia
All products recommended by Engadget are selected by our editorial team, independent of our parent company. Some of our stories include affiliate links. If you buy something through one of these links, we may earn an affiliate commission.