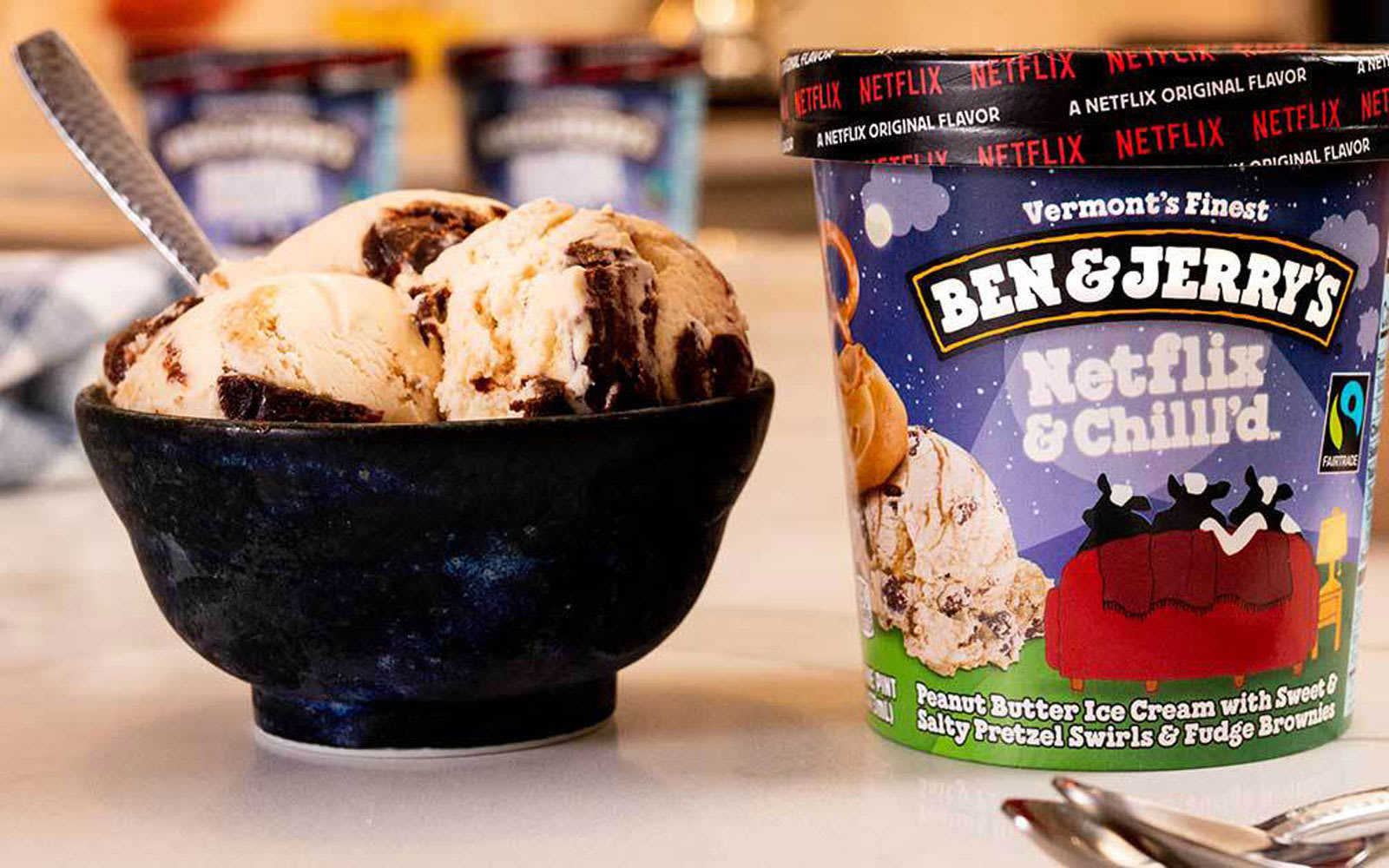 With official support from Netflix, Ben & Jerry's has announced a new flavor called Netflix and Chill'd. The ice cream is about as about decadent as you expect. It's made with peanut butter, salty pretzel swirls and fudge brownie chunks. The lid displays the company's logo and declares that you're about to eat "A Netflix Original Flavor." The front of the tub, meanwhile, features three cows huddled together on a couch, presumably about to watch the latest Netflix Original.

In the US, Ben & Jerry's will also sell a non-diary take on Netflix and Chill'd made with almond milk. You can sign up for Ben & Jerry's mailing list to find out when the ice cream becomes available to buy.

Netflix is no stranger to ice cream-related branding opportunities. This past summer, the company teamed up with Baskin-Robbins to promote season three of Stranger Things by opening two Scoops Ahoy pop-ups in the US and Canada. Throughout July, the chain also sold Stranger Things-inspired flavors, including one called U.S.S. Butterscotch. However, compared to those one-offs, it seems like you'll have more time to enjoy the company's latest marketing tie-in.

Source: Ben & Jerry's
In this article: ben jerrys, entertainment, food and drink, food-and-drink, foodanddrink, ice cream, netflix, streaming, streaming video
All products recommended by Engadget are selected by our editorial team, independent of our parent company. Some of our stories include affiliate links. If you buy something through one of these links, we may earn an affiliate commission.