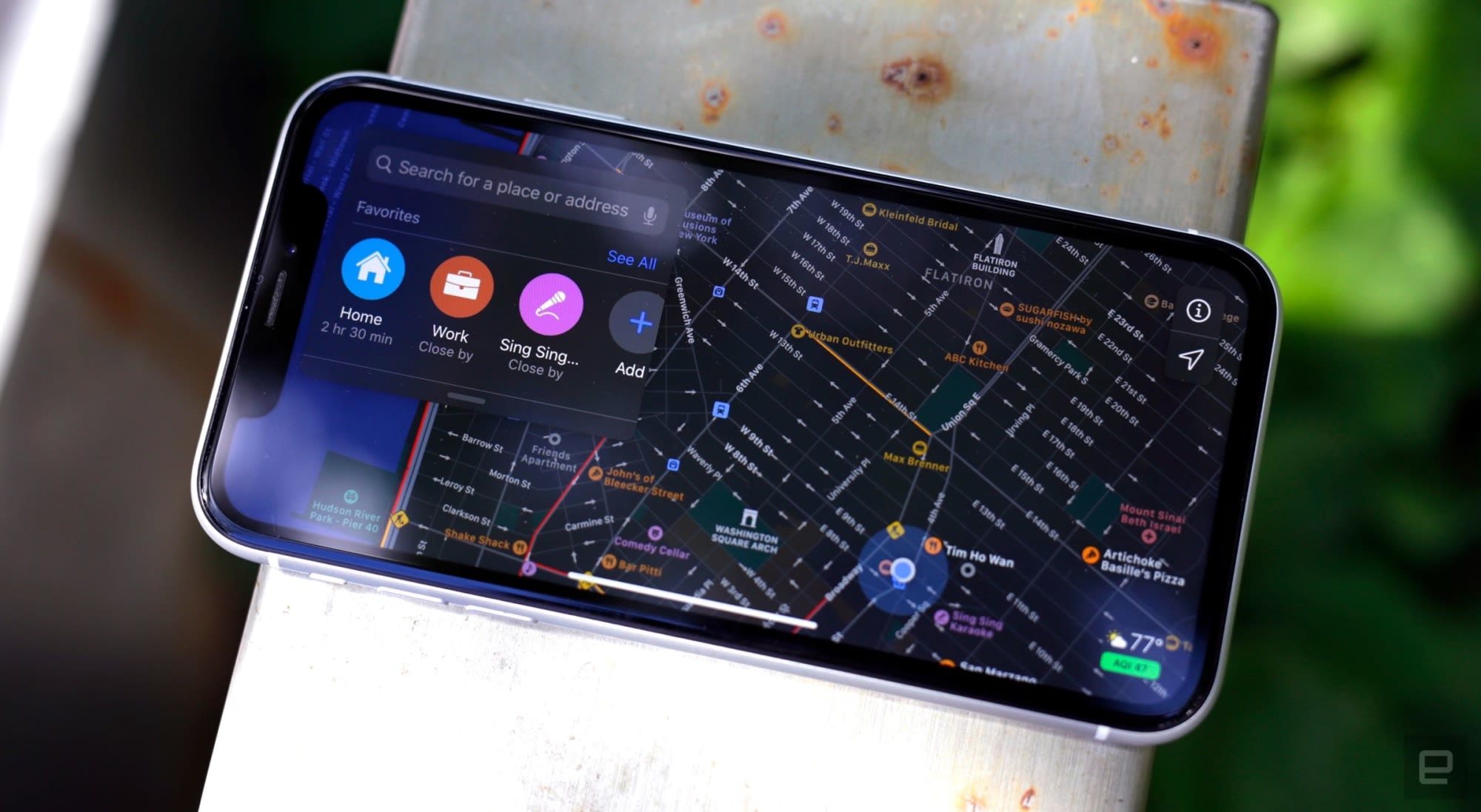 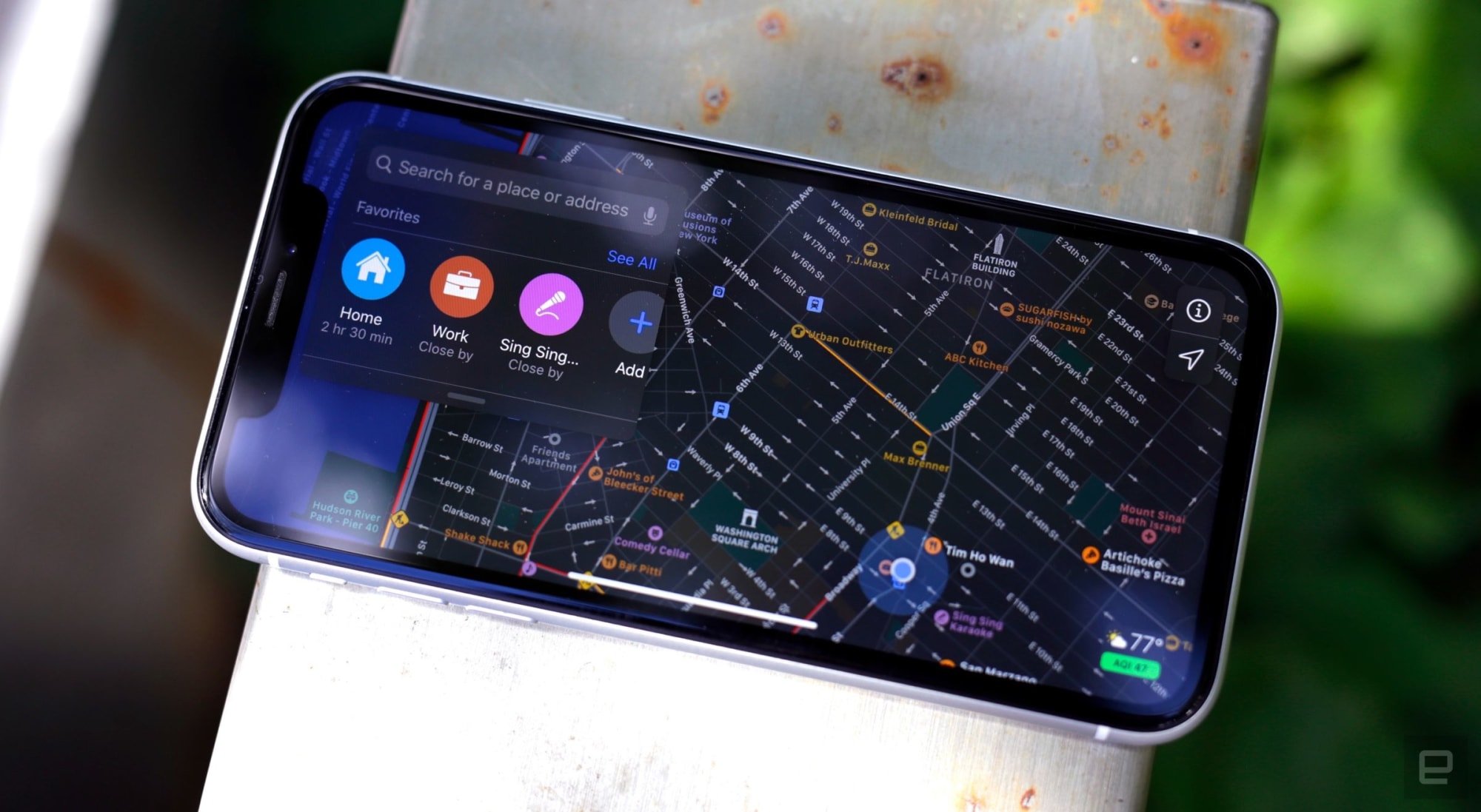 To say Apple Maps stumbled out of the gate is putting it mildly; it quickly became an internet punchline when it launched in 2012, and left the company with the unenviable job of fixing it. Since then, Apple has been rebuilding the most fundamental part of the experience -- the base maps themselves -- and today the company says it's finally done. Well, in the United States, anyway.

Getting to this point was no small feat. It's been nearly a year and a half since Apple announced its plans, but even before that, a fleet of LIDAR-equipped vans was criss-crossing the United States to capture as much detailed location data as possible. To gather even more geographical context, Apple also captured map data from the air, though it's not clear how many planes the company employed for this work. While Apple wouldn't confirm any increases in budget or staff to make all of this possible, the company's investment in the project seems significant, and there's still more to come. The big push to re-map the United States is now officially done, but Apple has earmarked some of its LIDAR vans for maintenance runs -- that is, they'll continue to roam on roads to make sure that hard-won data remains up to date.

The end result is a more accurate set of maps that you might have already been looking at -- the company has been pushing them live around the country for at least the past six months. There are a few telltale signs to look out for if you're not sure: Coastlines are more accurately represented, as are buildings like airports and malls. When we reviewed iOS 13, we also noticed more nuanced street-level data; there were more street labels on-screen compared to Google Maps, and more streets had traffic direction indicators. That might not sound like a big deal, but it's really helpful when trying to orient yourself when you're emerging from the subway.

So, yes, your maps might look a little better at a glance. Ultimately, though, the real value of Apple's work here is that it has direct control over all of that map data. Let's say corrections or additions (like new roads) need to be made. Unlike in years past, when it had to petition a third-party data provider to make a fix that could take months to complete anyway, Apple can go in and make the changes itself. The general turn-around time? Just a few days. With all that said, Apple isn't completely going it alone in Maps. The underlying location data is 100% Apple, but it still works with partners to fold in data for transit schedules and other things.

It's worth noting that the new maps are pretty broadly accessible, too. You'll get the most out of them if in iOS 13, which leans on the improved location data for faster navigation and search results. iOS 13 also packs Look Around, Apple's Street View rival, though it unfortunately still only works in a handful of cities. Still, the base maps themselves should be available to most people currently using iOS, so even those who aren't using the latest software should notice a difference.

Whether Apple Maps is worth embracing over Google Maps is still a matter of opinion, though it's fair to say the latter still packs functionality that Apple struggles with. (Apple Maps' support for transit directions, for example, is pretty lacking.) Despite that, this new Maps experience is a clear step forward -- we'll just have to see if people decide to give it a chance.

In this article: apple, apple maps, gear, ios, ios 13, maps, mobile, services
All products recommended by Engadget are selected by our editorial team, independent of our parent company. Some of our stories include affiliate links. If you buy something through one of these links, we may earn an affiliate commission.