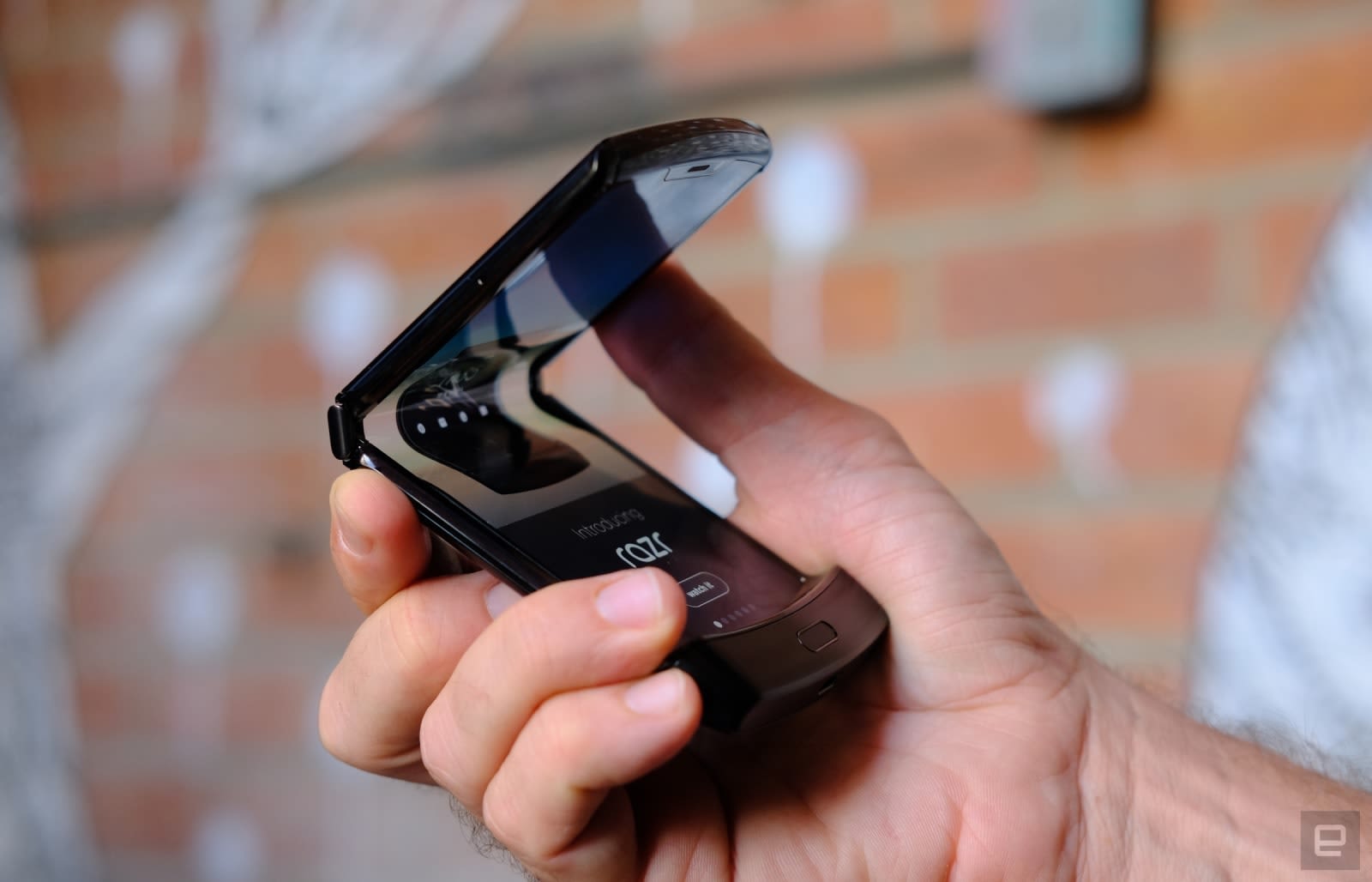 Since foldable phones are still far from common, a lot of potential buyers want to know how durable they are before shelling out money for one -- especially because the available models are far from cheap. CNET has put the new Motorola Razr to the test by folding it repeatedly for thousands of times using a machine called Foldbot made by SquareTrade. The result? Its hinge started acting wonky by around 27,000 folds. To note, a 2017 study found that Americans check their phones 80 times a day. That means the Razr could start showing problems within a year.

Last year, CNET conducted the same test on the Samsung Galaxy Fold, which lasted for 14 hours (119,380 folds) on the machine. The Foldbot was actually designed to test Samsung's device, but the publication had it modified for the Razr, with the goal of reaching 100,000 folds. However, the hosts of the livestream had to cut the testing short when the phone's hinge started making noises and showing resistance after almost four hours. It also looked uneven and out of alignment when the phone is closed.

That said, the Razr's screen still worked and looked just fine even after its hinge started giving out. The Galaxy Fold's screen broke by the end of its test, but then again, it lasted much longer and the machine was calibrated to fold it all the way through each time. For Razr's test, the machine only folded the device halfway.

You can check out the highlights from CNET's four-hour livestream below:

Update 02/07/20 8:27PM ET: A Motorola spokesperson reached out to Engadget and stressed that the FoldBot, which wasn't designed for the Razr, "put undue stress on the hinge" and didn't "allow the phone to open and close as intended, making the test inaccurate." You can read Motorola's full statement and watch a video showing its own test rig right here.

Source: CNET (YouTube)
In this article: CNET, gear, mobile, motorola, Razr
All products recommended by Engadget are selected by our editorial team, independent of our parent company. Some of our stories include affiliate links. If you buy something through one of these links, we may earn an affiliate commission.