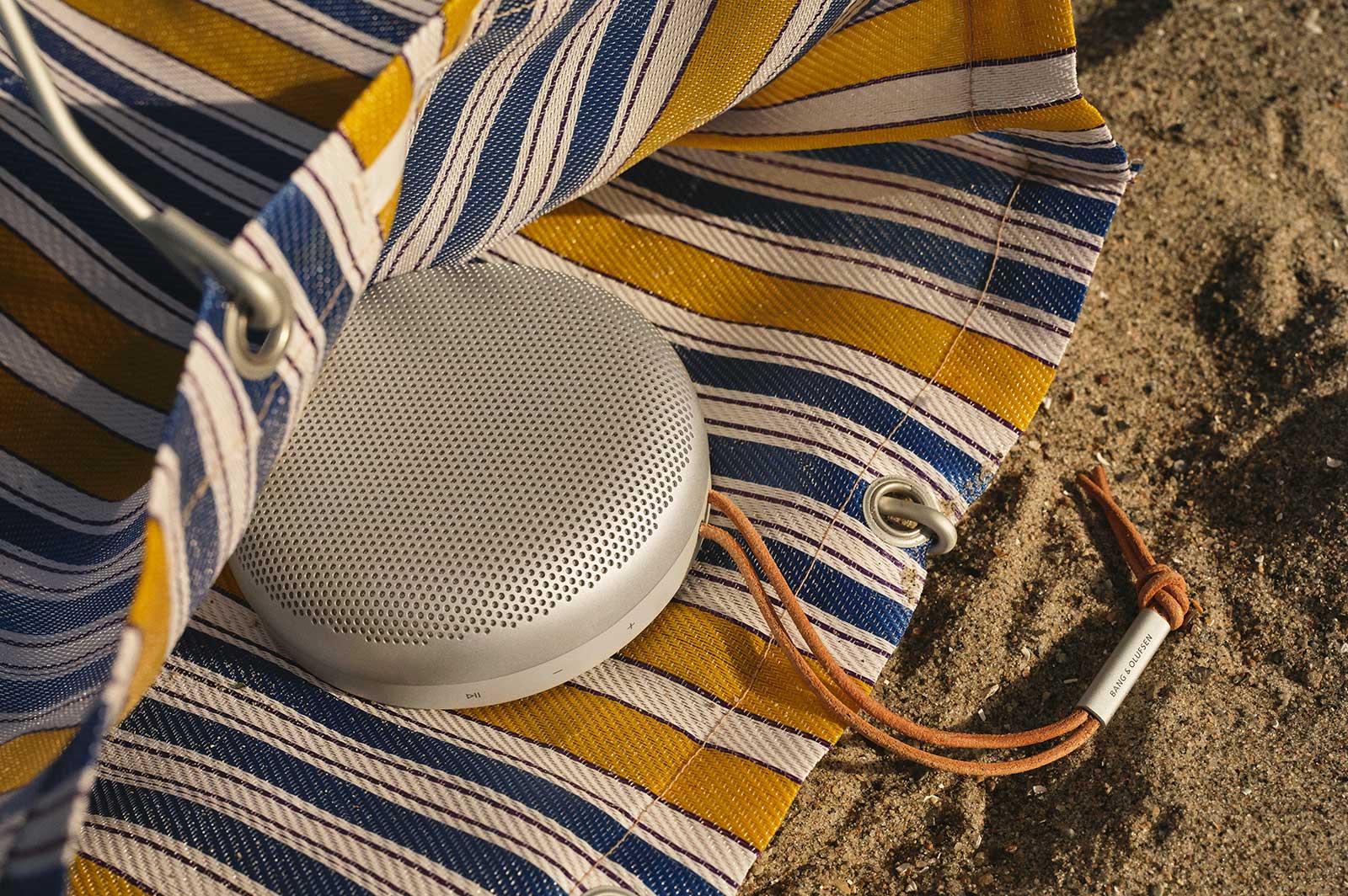 Back in 2016, Bang & Olufsen announced its first compact Bluetooth speaker. The Beoplay A1 is a small disc-shaped device with big sound and 24-hour battery life. Like all B&O gear, it also came with a premium price to go with those premium materials. Today, the company is introducing the 2nd-generation model, which is now called the Beosound A1. And while there are a number of updates, the biggest new feature is Alexa voice control.

B&O says this is the first Bluetooth-only speaker with Alexa “fully integrated.” It isn’t the first to offer a Bluetooth speaker with any voice capabilities, but typically that function requires you to push a button on products like this. Because the new A1 doesn’t have an internet connection, it relies on your phone or another connected device to power those voice assistant smarts. During the initial setup, you’ll need to link or create an Alexa account. In order for this all to work, you’ll need to keep your phone or other device in Bluetooth range of the A1. B&O says the on-board microphones can pick up your voice from five meters (about 16 feet) and the speaker will still pick up your commands for up to three hours after it has been turned off.

In terms of design, the new A1 is slimmer and lighter than its predecessor with a redesigned grille pattern up top. B&O moved the on-board controls close to the leather strap and relabeled them for better clarity. The company also repositioned the LED indicator up top so you can see it from more angles. There’s also a new three-microphone array to better pick up your voice, which B&O says makes the A1 more suitable for use as a speakerphone.

The first A1 sounded great for its size, but B&O says it improved the sound quality for the 2nd-gen model. To further enhance the 360-degree audio, the company opted for a new 3.5-inch woofer, 0.75-inch dome tweeter and a pair of 30-watt amplifiers with DSP filtering. The new A1 also supports aptX to further expand its audio chops.

B&O increased the battery life to 18 hours “at typical volume,” which the company says is around 70dB. That’s up from four hours on the first-gen unit. If you decrease to “moderate volume,” or around 55dB, you should be able to eke out up to 48 hours of playtime. That’s up from 24 hours on the previous version. In case you’re wondering, the company says that three-hour window the speaker is still listening for you to summon Alexa won’t drain the battery prematurely. All of that listening time will be nice when you take the A1 outside, which you can do so worry-free since the 2nd-gen model is IP67 rated against water and dust. B&O says the new A1 can withstand water up to one meter (three feet) deep for 30 minutes, and it won’t be harmed by exposure to sand or dirt.

The 2nd-gen Beosound A1 is available now in black and grey color options from B&O and select retailers. Surprisingly, the company managed to pack in all of those upgrades without increasing the price, which remains $250 (£200/250 €).

In this article: bang and olfusen, b&o, bando, audio, speaker, bluetooth, portable, bluetooth speaker, alexa, voice control, news, gear
All products recommended by Engadget are selected by our editorial team, independent of our parent company. Some of our stories include affiliate links. If you buy something through one of these links, we may earn an affiliate commission.