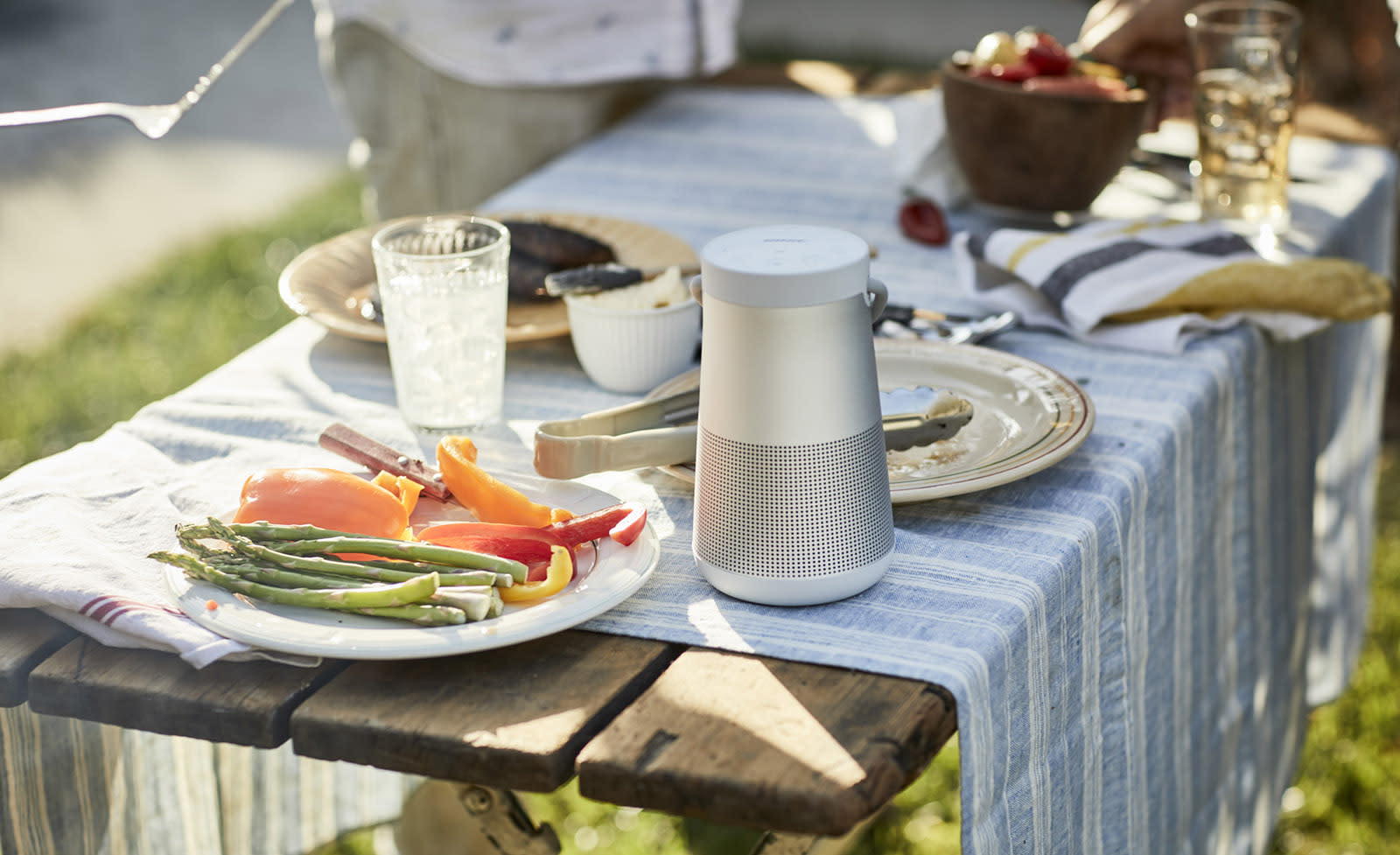 You might see Bluetooth speakers as a commodity item, but Bose is having none of that with its premium, pricey SoundLink Revolve and Revolve Plus models. Much like the Vizio Cast, they output music from 360 degrees, so they sound the same to anyone in the vicinity. At the same time, Bose has eschewed typical plastic materials for a fancy "single-piece aluminum enclosure" that's resistant to spills, rain and splashes with an IPX4 rating.

The Revolve is 6-inches high by 3.2-inches deep and weighs 1.5 pounds, while the Revolve Plus is 7.2 x 4.1 inches and 2 pounds. Bose says they deliver "the same experience for everyone," whether they're set in the middle or corner of a room, thanks to the round design. That 360-degree sound comes from dual-opposing passive radiators, an efficient face-down transducer and a "patented" acoustic deflector, Bose says. It describes the sound quality as "spacious, clear and remarkably loud," a credible claim considering the company's reputation. Spec-wise, you can get 12 hours of battery life on the Revolve and 16 hours on the Revolve Plus. Both can pair to your smartphone or other device via NFC, and pack microphones to take commands from Siri or Google Assistant. The Bose Connect app lets you hook up two SoundLink speakers at once, either as multi-room party speakers or a stereo pair. That works not only on the latest Revolves, but also on lower-tier models like the $130 SoundLink Color II -- which happens to be making its debut in the UK today for £130.

In this article: av, bluetoothSpeaker, Bose, Design, gear, SoudlinkRevolve, SoundlinkRevolve+, speakers, Style, video
All products recommended by Engadget are selected by our editorial team, independent of our parent company. Some of our stories include affiliate links. If you buy something through one of these links, we may earn an affiliate commission.