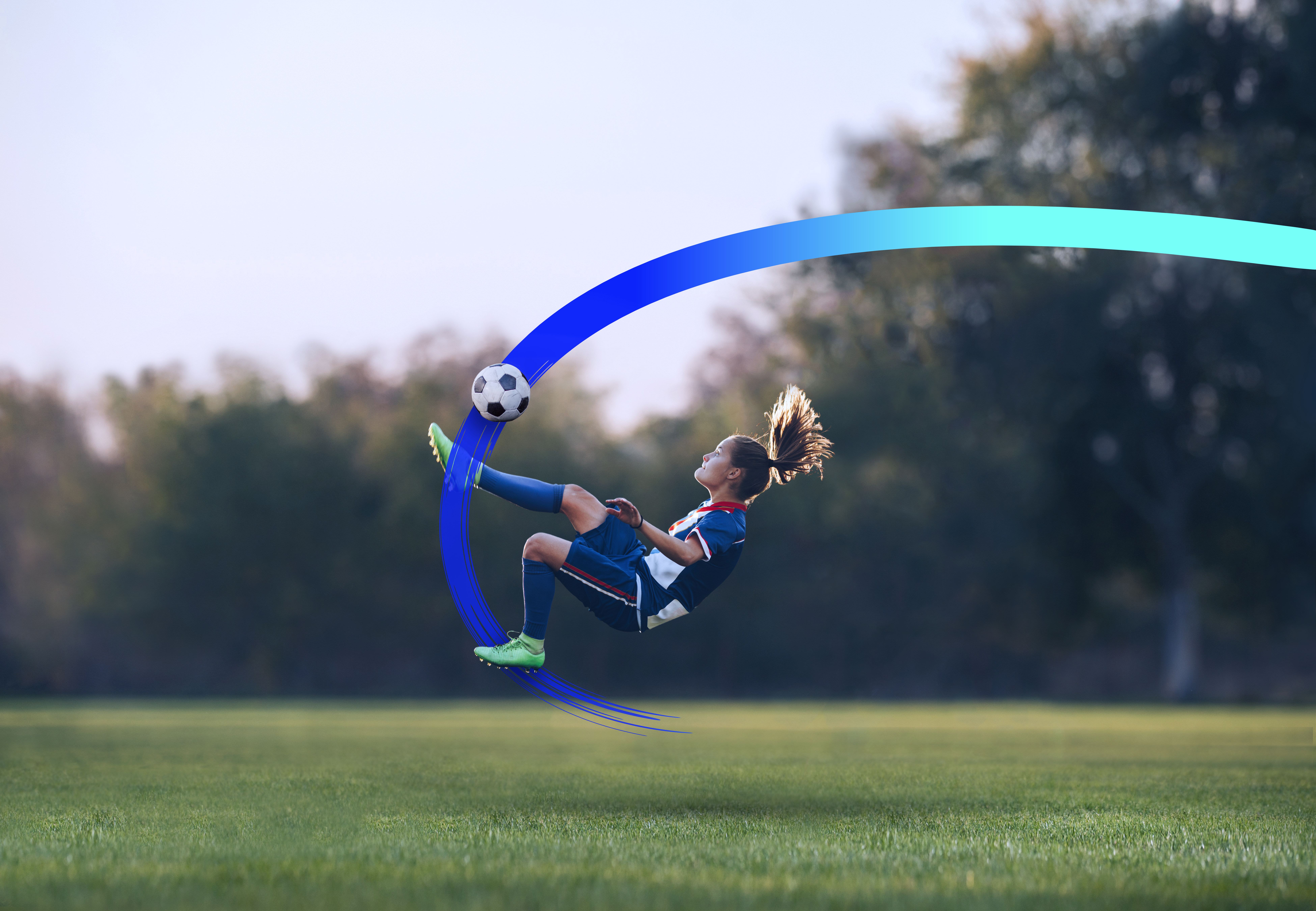 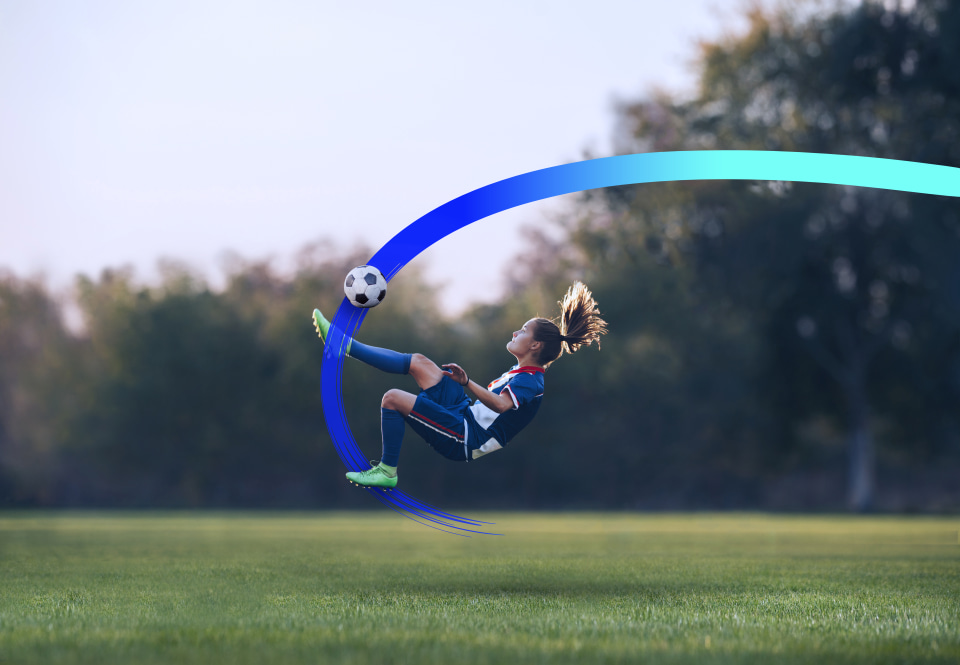 The life of a professional football player isn’t all $100,000 weekly wage packets and glitzy parties, although that is part of it. For most of their days are spent on the training field, running through physical and tactical drills designed to get the most out of their performance. It’s the sort of experience you’ll only get if you’re signed up to a club’s academy, or at least, it was.

Chelsea Football Club and spin-out company Chelsea Digital Ventures are looking to change this with a new coaching app, Perfect Play. It was developed by the club’s own academy, which uses the platform as part of its training program. The companies claim that it’s the “most advanced football training app available,” showcasing the training exercises used at the elite club.

It’s an iOS app (the Android version is coming later) that runs you through the drills used by football clubs to develop their young players. It’s aimed at kids who want to improve their fundamentals, but it doesn’t feel kiddy as to isolate any adults who want to use it. Perfect Play combines video tutorials and augmented reality (AR) to help you set up the training exercises, coaching you on how to improve your performance.

Open the app and it’ll show a series of grouped challenges based around skills like dribbling, receiving and improving focus . There are a handful of drills under each category, with more set to be added over time. These range from practicing half-volleys against a wall to a bleep test-like dribbling run around some cones. Each exercise times your laps, monitoring if you’re getting faster, or slower, on each successive go.

Select a challenge and you’ll be told how to mark out the playing area. That means scanning your garden with your iPhone’s AR to pick up the floor, after which you can then select the zone you’ll be using. You can then follow the AR overlay to set down markers, either branded ones from Perfect Play or random household objects you own.

Coinciding with the app launch, its makers sent me a single marker to use, so I had to mark out the remaining points on a zig-zag dribble course with my kids' shoes and a watering can. The app’s makers say that you don’t need any fancy tools to use the app, beyond a football and some boots. You can use jumpers to mark out the training route, and the only thing that would be useful, but not essential, is a meter high smartphone tripod. That’ll both make it easier to touch during drills and for future uses of its computer vision-based tracking.

Perfect Play has officially launched on iOS! Developed with and used by the @ChelseaFC Academy - Start training for free!

The app is also designed to use relatively small spaces to ensure it caters for folks whose parents don’t own huge tracts of land. Using AR helps to ensure that you’re marking out the play space consistently every time, dropping the objects inside rings overlaid on the phone.

Set your phone on a tripod (or a stable surface), and you’ll be tasked with dribbling around the course as fast as you can. When done, you tap the screen of your phone to mark the challenges as completed, after which you’ll get a 20-second rest period before doing it again. Tapping the screen is crucial since it’s the way you stop the timer after each exercise, to mark your lap times.

As easy as the tutorial makes challenges like this look, it’ll get you sweaty pretty early on in the process. It’s worth saying that these exercises are not particularly sexy, they’re designed to rigorously hone very specific skills. Don’t be surprised if you’re doing lots of drills that feel like you’re painting Mr Miyagi’s fence, this is how you get to be a pro. Thankfully, more drills will be added over the coming months, and some of the material planned for launch was delayed by COVID-19.

CDV was spun out of Chelsea FC to push the brand in the tech space, and Perfect Play is its second product. Its first was Blue Fuel, a sports nutrition brand that offers supplements and meal plans to amateur athletes. Naturally, both projects lean heavily on knowledge developed in-house at the club, and the Perfect Play sessions are copied from the Chelsea Academy’s own routines.

Some of the drills have been developed in partnership with the Chelsea RTC -- the academy for Chelsea FC Women. The club’s Under-11/12s head coach Sam Page said that the tutorial clips feature male and female players, to dispel the notion that the app only caters to one. After all, Chelsea FC Women is packed with international stars and recently won the 2019/2020 Women’s Super League.

Steve Didd, who runs Perfect Play, says that there’s no social component, although there may be leaderboards in the future. Given the target audience, it would be inappropriate for messaging, data collection or video recording to be used. While players under the age of 13 need to have explicit parental consent to use the app, all the information gathered remains on-device.

During the briefing, Didd and Page were asked about using Perfect Play as a scouting tool, which they dismissed. It’s not likely to be effective in unearthing new talent since it can’t pull data from the app, and it’s also fairly easy to game. After all, I may have cheated a bit just to see how the app works, although you should know that I’m only cheating myself.

Perfect Play is by no means the first soccer training app on the market, but it may be the first to be backed by an elite club. The only other app with similarly high-profile backing is Train Effective, which counts former England defender Rio Ferdinand as an investor and star. Then again, being able to say that this is the training schedule used by Mason Mount could be persuasive.

As well as the free version of the app, more committed players can sign up for Perfect Play Premium for £10 a month. That will include all of the training games as well as masterclass content from top players at the club. You’ll also be able to create a custom training plan to help you achieve your best and maybe, just maybe, catch the eye of a football scout.

Perfect Play is available to download from the App Store right now.

In this article: Carefree, iOS, Perfect Play, Chelsea FC, Football, Soccer, news, gear
All products recommended by Engadget are selected by our editorial team, independent of our parent company. Some of our stories include affiliate links. If you buy something through one of these links, we may earn an affiliate commission.