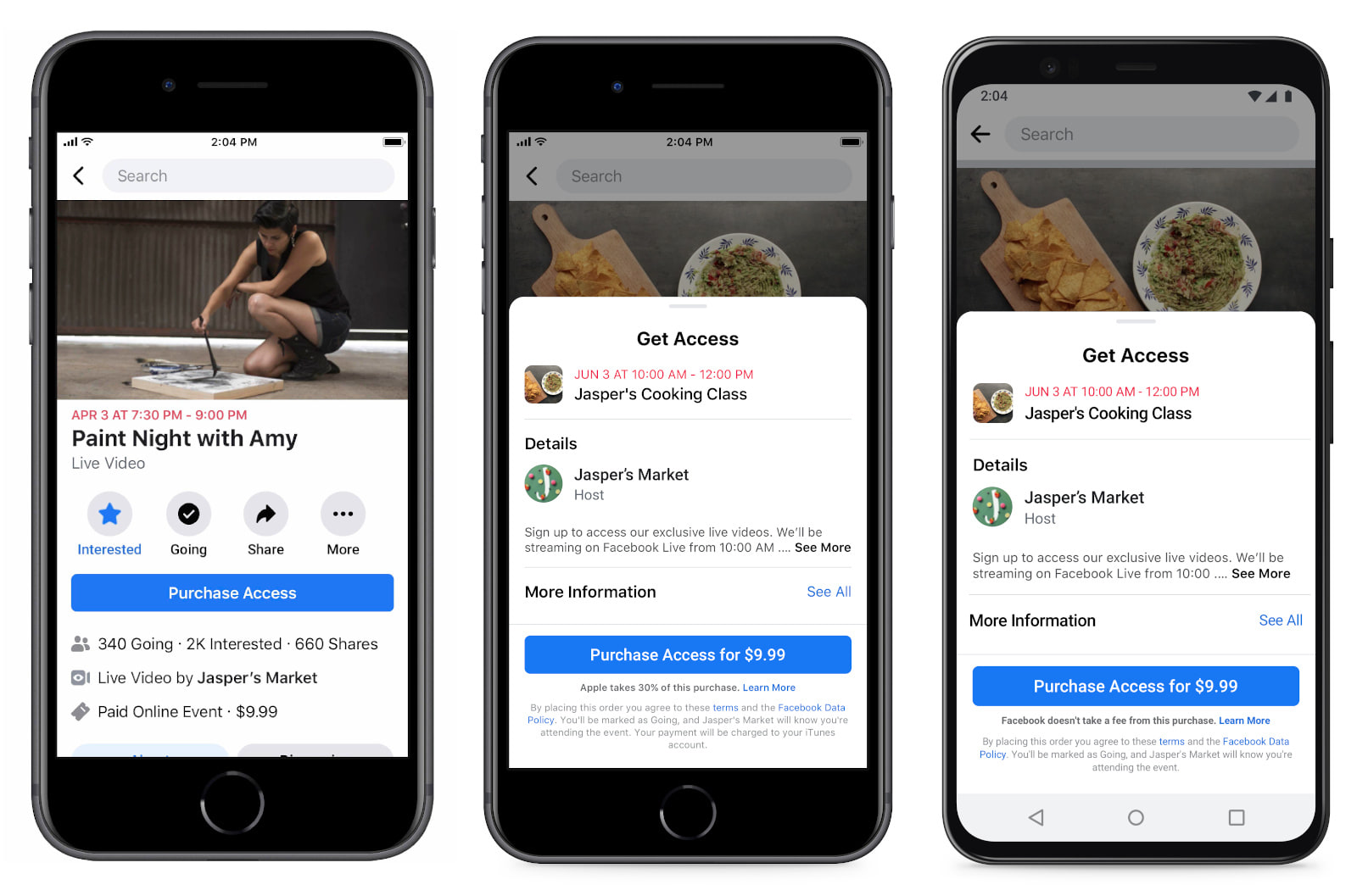 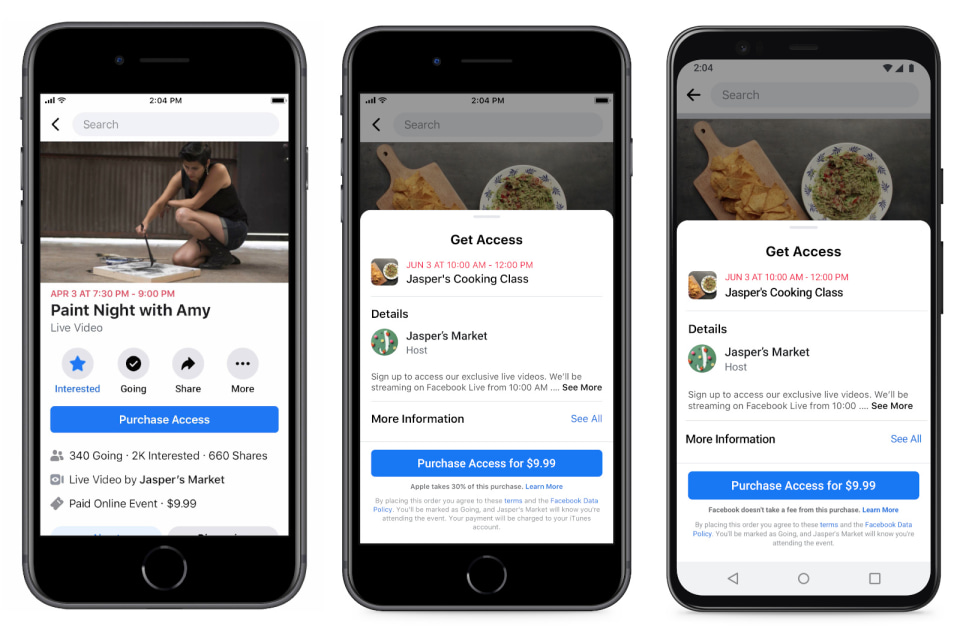 Apple wouldn’t allow Facebook to tell its users that the tech giant is getting a cut from the sales of paid online events, the social network told Reuters. Earlier this month, Facebook launched a new feature that gives businesses and creators a way to charge for the online events they host on the platform. Since the company rolled it out to help small businesses during the pandemic, it vowed not to collect fees from paid events “for at least the next year.”

Facebook said it also asked Apple to reduce its 30 percent App Store tax or to at least allow it to use Facebook Pay to collect users’ payments directly. By doing the latter, it can absorb the costs for businesses, which will then get 100 percent of the revenue they generate. Apple refused on both counts, prompting the social network to join other developers like Epic Games in putting Apple on blast for its App Store policies.

In an effort to let its users know that not everything they pay will go to the hosts, Facebook added a notice on the purchase screen for iOS clearly stating that Apple will take a 30 percent cut. Apparently, though, Apple blocked it from showing that notice to users, citing an App Store rule that prohibits developers from showing “irrelevant” information. The company told Reuters in a statement:

“Now more than ever, we should have the option to help people understand where money they intend for small businesses actually goes. Unfortunately Apple rejected our transparency notice around their 30% tax but we are still working to make that information available inside the app experience.”

While Google also takes a 30 percent cut from in-app purchases, hosts will still get 100 percent of their revenue from Android purchases where Facebook Pay is available. Reuters notes, however, that the line Facebook added for Android stating that it doesn’t charge fees for purchases isn’t showing up either.

In this article: Facebook, Apple, Facebook paid events, news, gear
All products recommended by Engadget are selected by our editorial team, independent of our parent company. Some of our stories include affiliate links. If you buy something through one of these links, we may earn an affiliate commission.