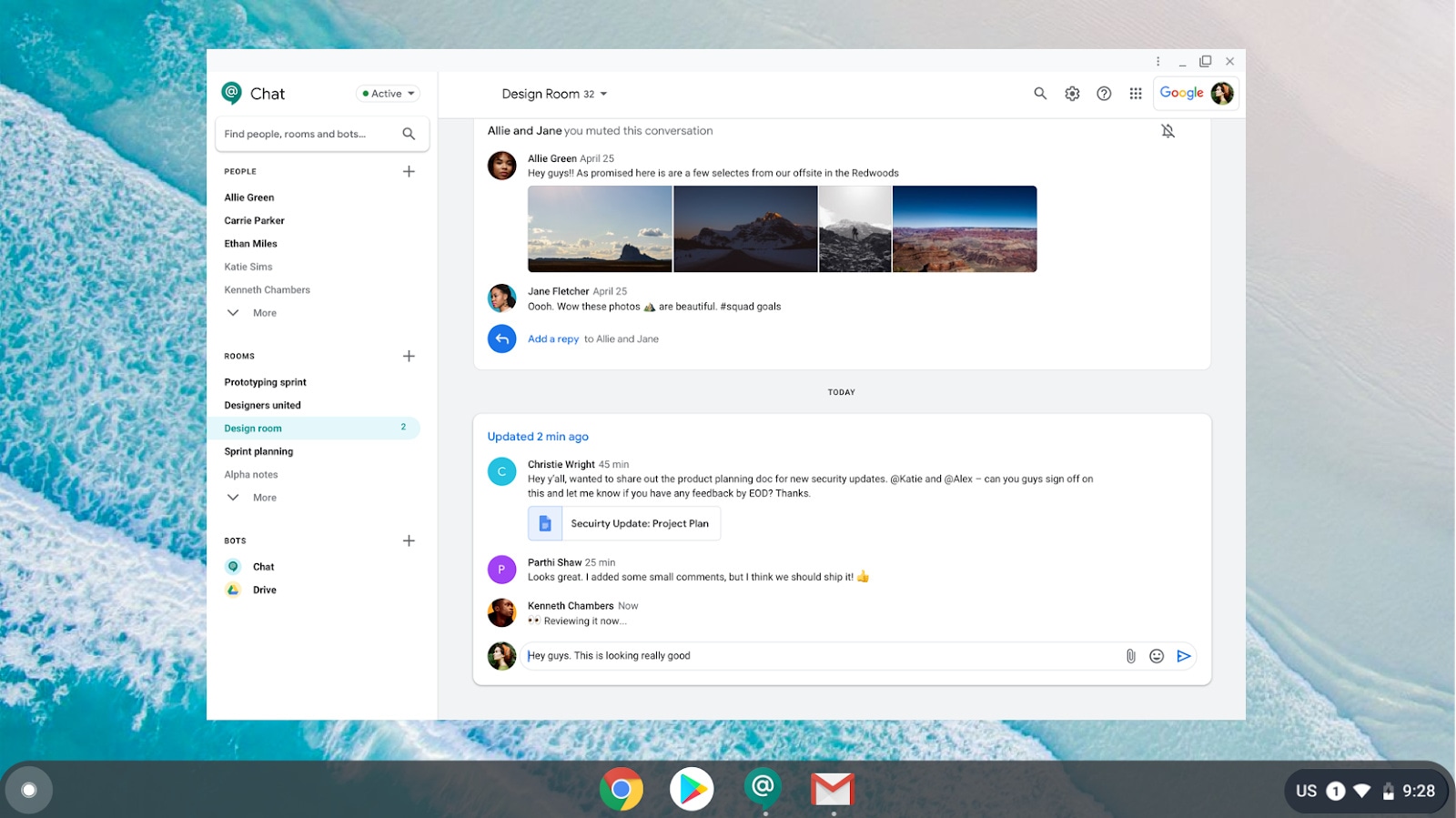 Google Chat, the service formerly known as Hangouts Chat, has a new app that works on any PC with Chrome. The messaging service has long had a desktop application, but this Progressive Web App version of it has broader compatibility with Windows, MacOS, Chrome OS and Linux. Google says it’s also more secure, since it’s kept up to date with Chrome and gets updated automatically through the web for the latest features.

The tech giant has been rolling out PWA versions of its services, including Photos and Drive, over the past few years. PWAs are basically websites or web pages that integrate with a device’s operating system to look and function like native apps. At the moment, the Google Chat PWA only works if a computer has Chrome 73 installed — the browser needs to be open, but it doesn’t have to be the default. Google says it’s working to address those limitations, though, so the app might eventually work with other browsers.

In this article: Google, Google Chat, PWA, Chrome, web app, Messaging, news, gear
All products recommended by Engadget are selected by our editorial team, independent of our parent company. Some of our stories include affiliate links. If you buy something through one of these links, we may earn an affiliate commission.