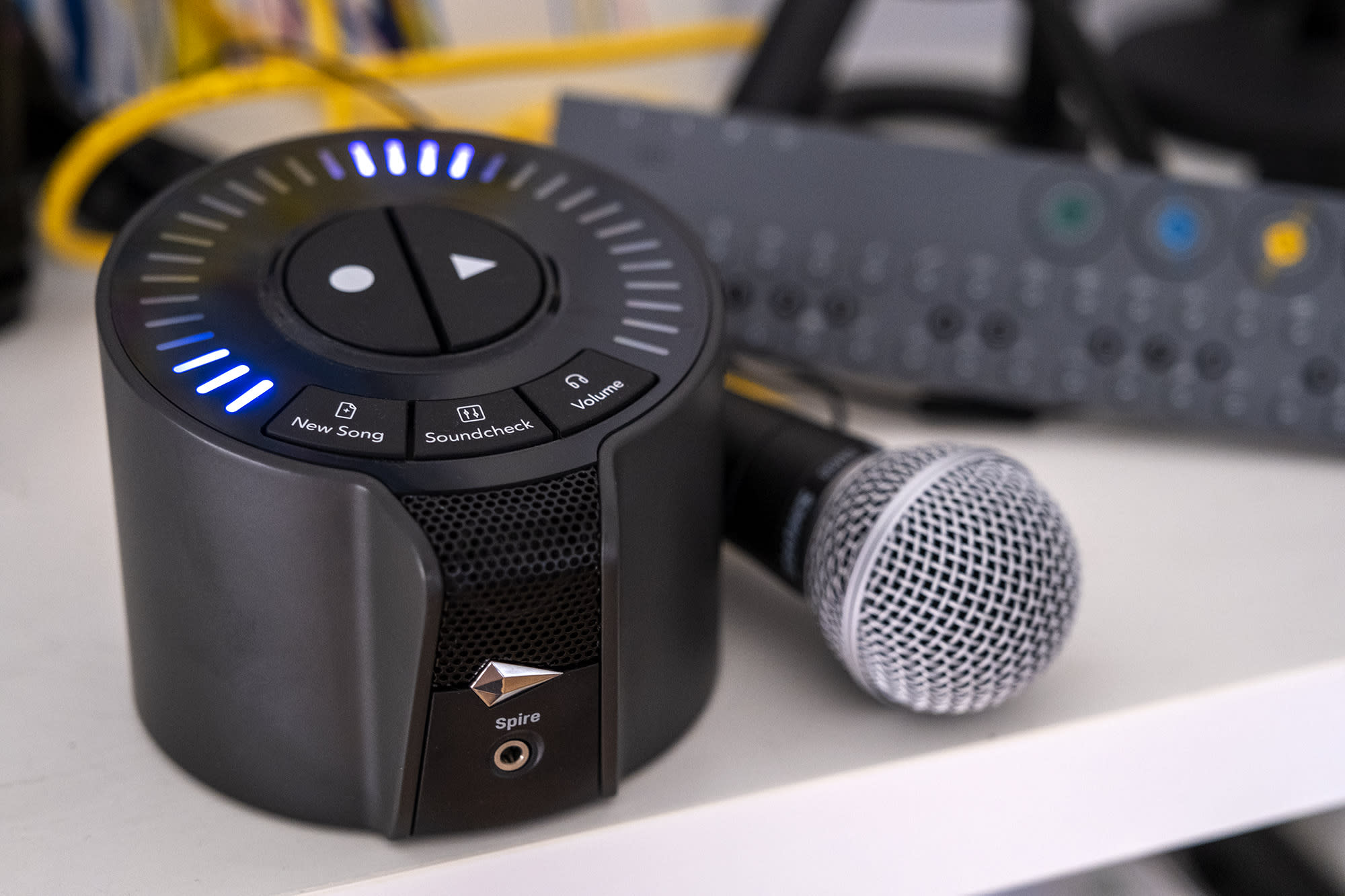 We were kinda fond of the original Spire Studio from iZotope. The portable mobile-connected recording device was certainly a unique proposition along with the unusual design. As a refresher, the Spire is a “studio” for musicians on the go, offering two combi-XLR ports for microphones and instruments along with a companion app for editing and mixing. There’s also a built-in mic and storage for keeping your on-the-fly recordings safe until you get back to the home studio.

All in all it’s a curious, yet weirdly compelling proposition. It also recently underwent an update that increased the on-board storage from four to eight hours of recording (iZotope doesn’t mention gigabytes, only “time”). The pre-amps were also revised with the company claiming the new ones offer improved interference rejection and higher gain (volume). Sadly, one update I was hoping to see that isn’t here is the option to connect it to a computer via USB. The Spire second-gen has WiFi and Bluetooth but those are for connecting to your phone. It seems the company really wants to keep this as a purely “mobile” experience.

Either way, after spending a little bit of time with the revised model, it’s easy to see why the Spire might be popular with amateurs and professionals alike. It’s straightforward to use, but gives you a sense that it’s much more capable than the modest premise suggests.

In use, it couldn’t be simpler. Plug in a mic or instrument, tap the “soundcheck” button and the Spire will listen as you play or sing into it and auto adjust the gain for you to an optimal level. Tap record and, well, away you go. Once that’s done, you can layer in new parts of a track on by one. If you’re a multi-instrumentalist or even just a singer/guitarist, this means you can focus on each “track” one at a time and still build out a full song.

I’ll admit, the built-in mic isn’t my favorite, if only because it’s quite sensitive. Generally, this would be a good thing, but if you’re somewhere that’s less acoustically optimal (which you might well be if you’re not at home) it can pick up a lot of what’s around you. Not entirely unintentional on iZotope’s part given that it’s an omnidirectional condenser, so designed for that. But when you’re not jamming with other musicians and it’s just you, something to bear in mind.

Fortunately, iZoptope’s companion software is pretty (no, very) good. This shouldn’t be surprising given that the company is best known for it’s mixing and mastering software that’s particularly favored by professionals. To that end, the noise reduction did a good job of removing some of the external traffic noise and general “room” sound in the hard-walled office I tested it in.

The app itself is one of the more user-friendly I’ve tried when it comes to the complexities of editing and mixing audio on a phone. Three tabs keep things simple: Record, Edit, Mix. Each one has a clear workspace with easy access to any options — such as effects or mute controls. From there, saving and exporting to share with the world (or your desktop) is equally straightforward. If your music is instrumental and of the “four track” variety you really don’t need much more. If you’re looking to make a complex EDM banger with fills and edits and such, you’ll want to use this more to get some ideas down and pick them up later on a PC.

As for those new preamps? That’s harder to determine without having the original for comparison. What is clear is that they definitely seem to have improved the gain even when driving vocals at high volume without distortion. I also didn’t pick up any noticeable quirks in the signal even when recording near many other electronics including a phone that received calls during that time.

Overall, iZotope has made an already-good thing better in some important ways. It’s a shame the company didn’t go all out and make a Spire 2 with maybe some more inputs, desktop compatibility with USB or any other treats, but the Spire is now better where it counts and that’s never a bad thing. What might be a bit of a turn off is the premium you’ll have to pay for these modest upgrades. The original sold for $350, but the revised version will set you back $499. That’s quite a leap for some general upgrades.