The 'Spire' portable recording studio is all about spontaneity

The device is great for spontaneously recording your ideas.

Inspiration hits you at weird times -- usually when you're in the shower or about to fall asleep. Basically, moments when you have very little chance of putting it down on paper or recording it. The $350 portable Spire Studio from iZotope probably won't help much in those situations (unless you keep it next to your bed with a guitar or keyboard). But, for folks who write music, it's a surprisingly simple to use 8-track recorder that hooks up to almost all your gear.

While computers have democratized music recording, they can be cumbersome when you just want to get an idea down. You have to deal with cable adaptors, varying sound levels and complex software. The Spire speeds things up by shoving the necessary audio ports and hardware into a... well, a stubby "spire" and connecting it to a robust but easy-to-use companion app (over WiFi).

It all starts with industry-standard audio inputs. Connecting my synth, guitar, bass or drum machine to the Spire via one of the two XLR/TOS combo ports was as easy as plugging them into a soundboard. I didn't have to hunt down dongles or adaptors like I would with my computer. The device's four-hour battery life also meant I didn't have to dig up an extension cord to record in my living room.

To keep audio levels from being all over the map, the Spire has a "Sound Check" button on the device and in the app. Press the button and play an instrument (or sing into a mic) and the Spire will find a level that's appropriate for that instrument. My tests with different guitars, bass, keyboards and synths all produced solid audio levels adequate for mixing. 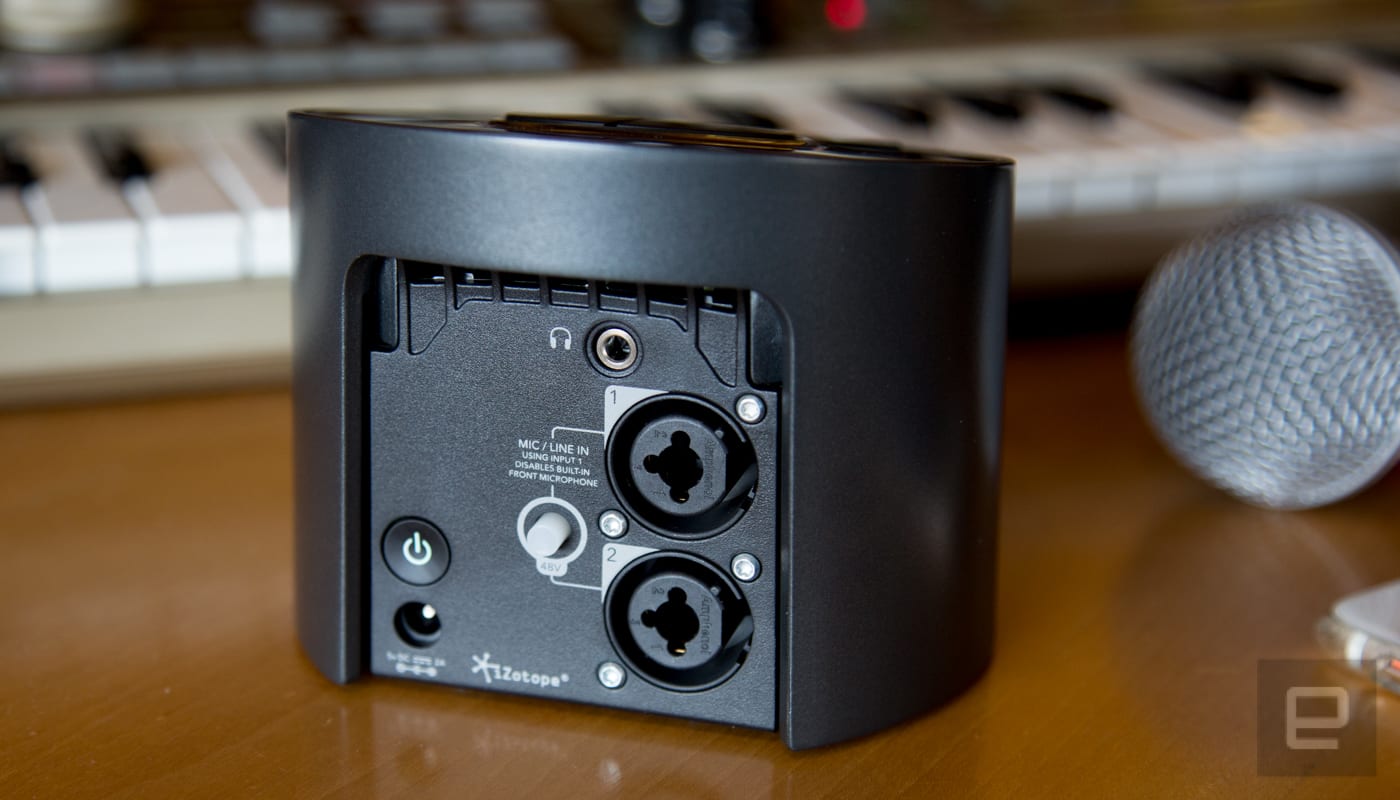 Playing, recording and mixing those normalized tracks only requires a few taps in the companion app. Each one is color-coded, so determining which audio is which a cinch. That said, a quick naming convention would be helpful, especially if you're dealing with more than one track of the same instrument.

Before recording each track there are virtual amps and "spaces" (acoustic recreations of rooms) that can be added for deeper and more robust sounds. This is old hat for iZotope. The company has a long history of audio manipulation via software. Each of these effects can be fine-tuned to your liking. The amps are for guitar and bass primarily but can be applied to any instrument attached to the Spire.

If you happen to connect two instruments at once, the app automatically produces two new tracks to record on. This makes singing while playing guitar or playing with another band member as easy as playing a single instrument on your own. There's also a built-in mic that'll work in a pinch for singing or acoustic guitar. The quality is impressive, but not nearly as nice as plugging in the instrument or using a high-end microphone. 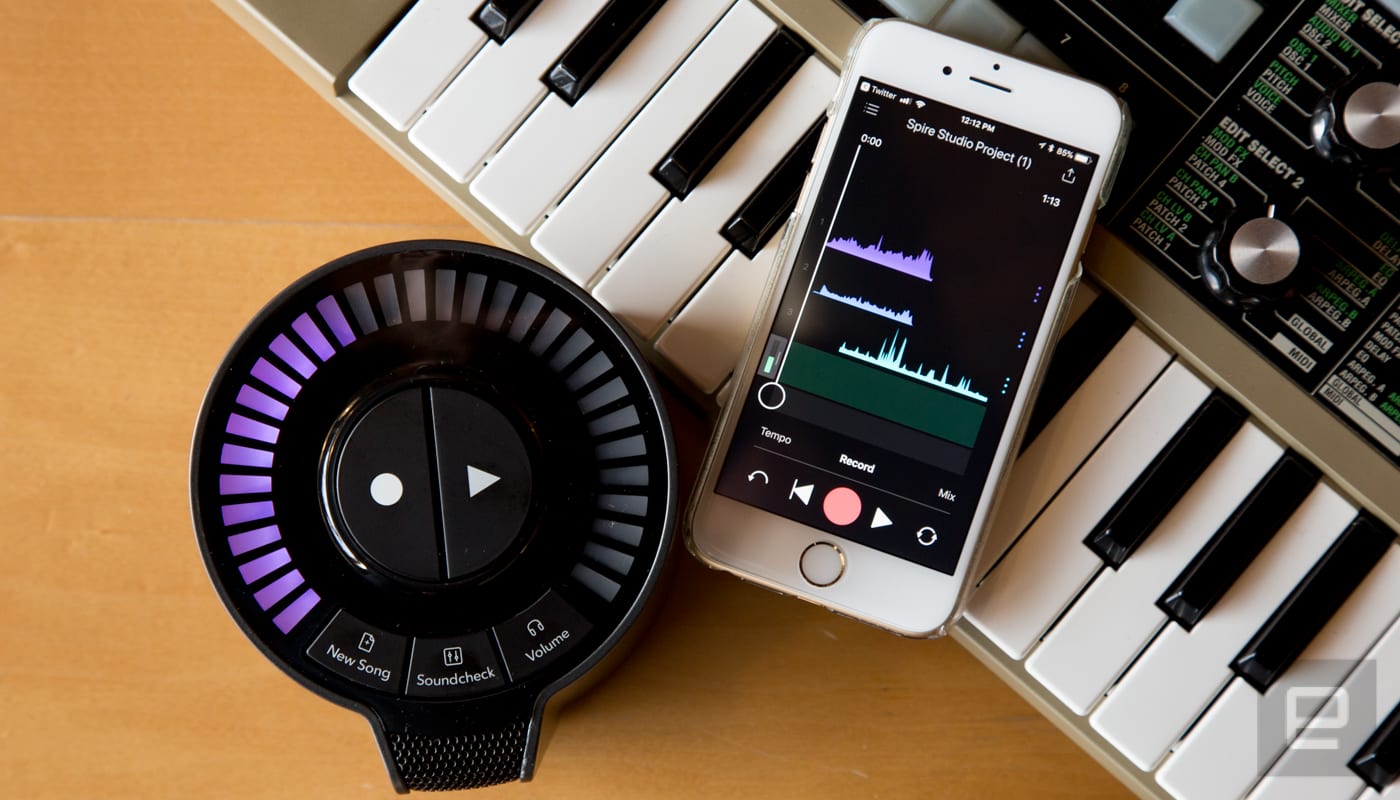 When you're done, "mixing" is just a matter of moving your tracks in a virtual space. Higher in the space for louder and left and right for stereo mixing. It's easy to adjust all your tracks on the fly and hear in real time how it affects the finished song. Like recording, iZotope took something that can be a huge pain and maked it visual and easy to grasp. I just wish that some of the apps slick design translated over to the actual hardware.

My biggest beef with the Spire is its circular form. It doesn't come with a carrying case and the stubby shape makes it difficult to find a case it'll fit in. A rectangle or square might not look as cool, but it would be a design that's easier to shove into a gig bag. The lights on the top are nice visual indicators of what's happening, but it really doesn't need to be a circle for that system to work. 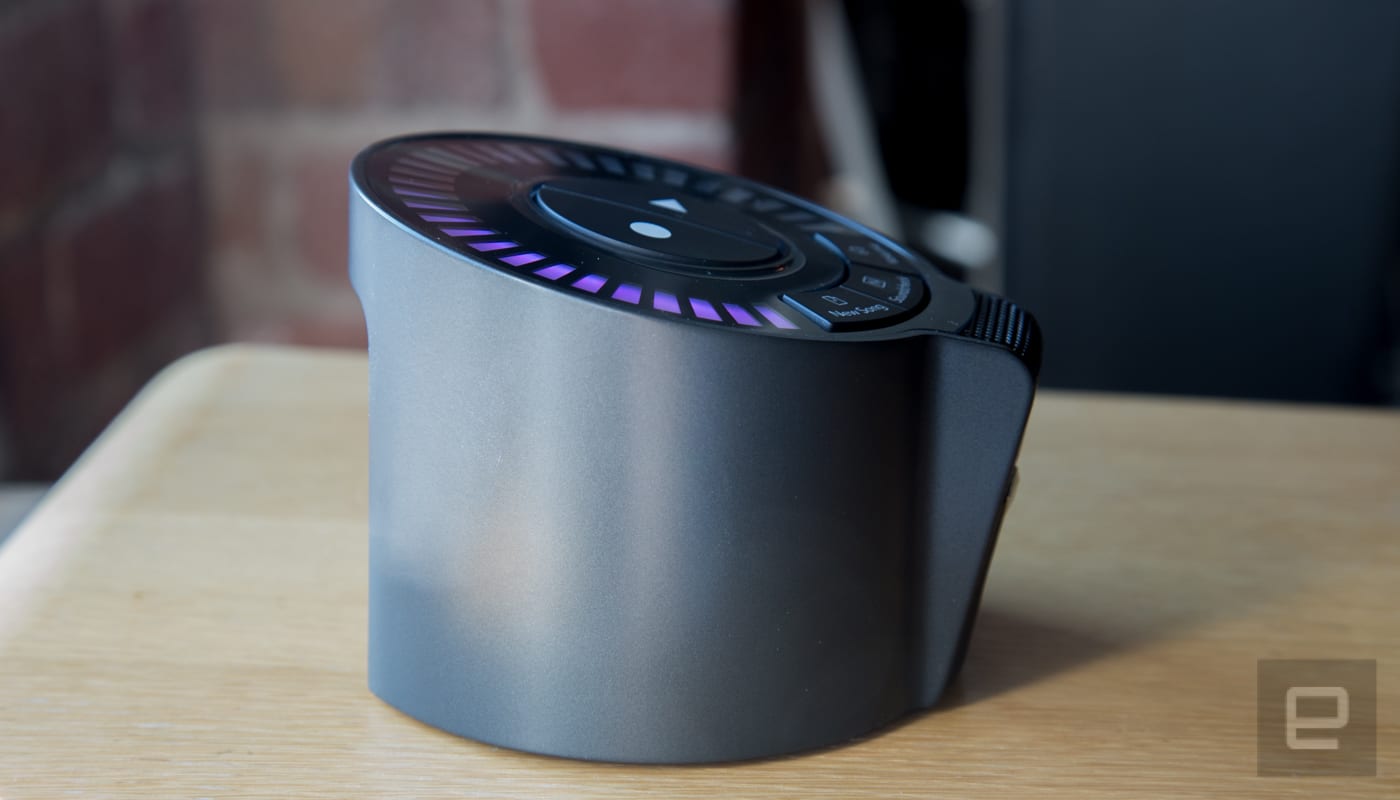 Yet, even with its odd shape and slightly high price point, the Spire is an outstanding piece of equipment for musicians. If you're someone who misses the spontaneity of the old tape-based 4- and 8-track recorders, and you have a bag it'll fit into, the Spire is worth checking out.

All products recommended by Engadget are selected by our editorial team, independent of our parent company. Some of our stories include affiliate links. If you buy something through one of these links, we may earn an affiliate commission. All prices are correct at the time of publishing.
The 'Spire' portable recording studio is all about spontaneity
art
diy
do it yourself
doityourself
gadgetry
gadgets
gear
instrument
ios
mobile
music
musician
review
spire
spirestudio