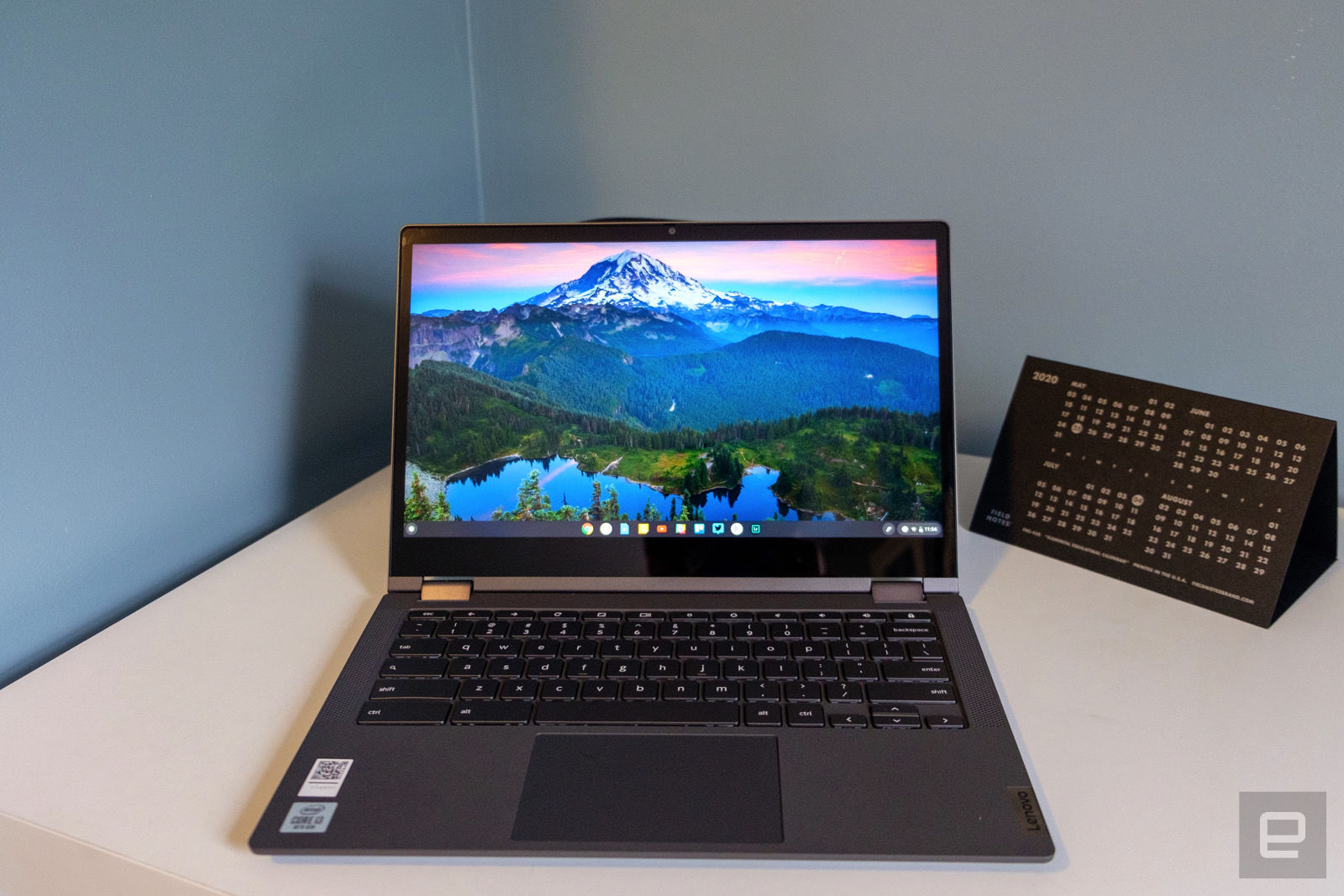 If you’re looking for a Chromebook to gift this season, one of our favorites is cheaper than ever in a new Amazon daily deal. Lenovo’s Flex 5 Chromebook has dropped to $350 today only — that’s $60 off its normal price and an all-time low. This deal is part of a larger one-day-only sale on Lenovo laptops, all-in-one desktops and other devices. While many of the AIOs included in the sale are also good deals based on specs and price alone, we can’t confidently recommend one or another.

The model on sale is the same that we reviewed and gave a score of 87 — it runs on a 10th-gen Core i3 processor, 4GB of RAM and 64GB of storage. Those specs are pretty decent for a Chromebook, especially one that’s now priced at $350. It also has a 13-inch 1080p touchscreen and a convertible design that can flip 360 degrees. The former isn’t necessarily unique, but it’s much better than any of the many Chromebooks that are still stuck with lower-res displays. The latter is something you don’t often get in a Chrome OS device, especially one that sits under the $400 mark.

The Flex 5 Chromebook also earned a spot in our best Chromebooks list thanks to its solid performance, 8-hour battery life and excellent keyboard. Engadget’s Nathan Ingraham said the backlit keyboard was one of the best he’s used on any laptop recently, so it should serve you well if you spend most of your day drafting documents, writing emails and the like. We also appreciate that Lenovo included a USB-C and a USB-A port on this notebook, making it more versatile when it comes to connecting accessories.

While the Flex 5 Chromebook falls a bit short in its uninspired design, that’s not something that should deter anyone from considering it. Sure, there are flashier Chromebooks out there (take the ASUS Chromebook Flip for instance), but the Flex 5 is a solid machine that should work well for anyone who’s familiar with Chrome OS or who primarily works in a browser.