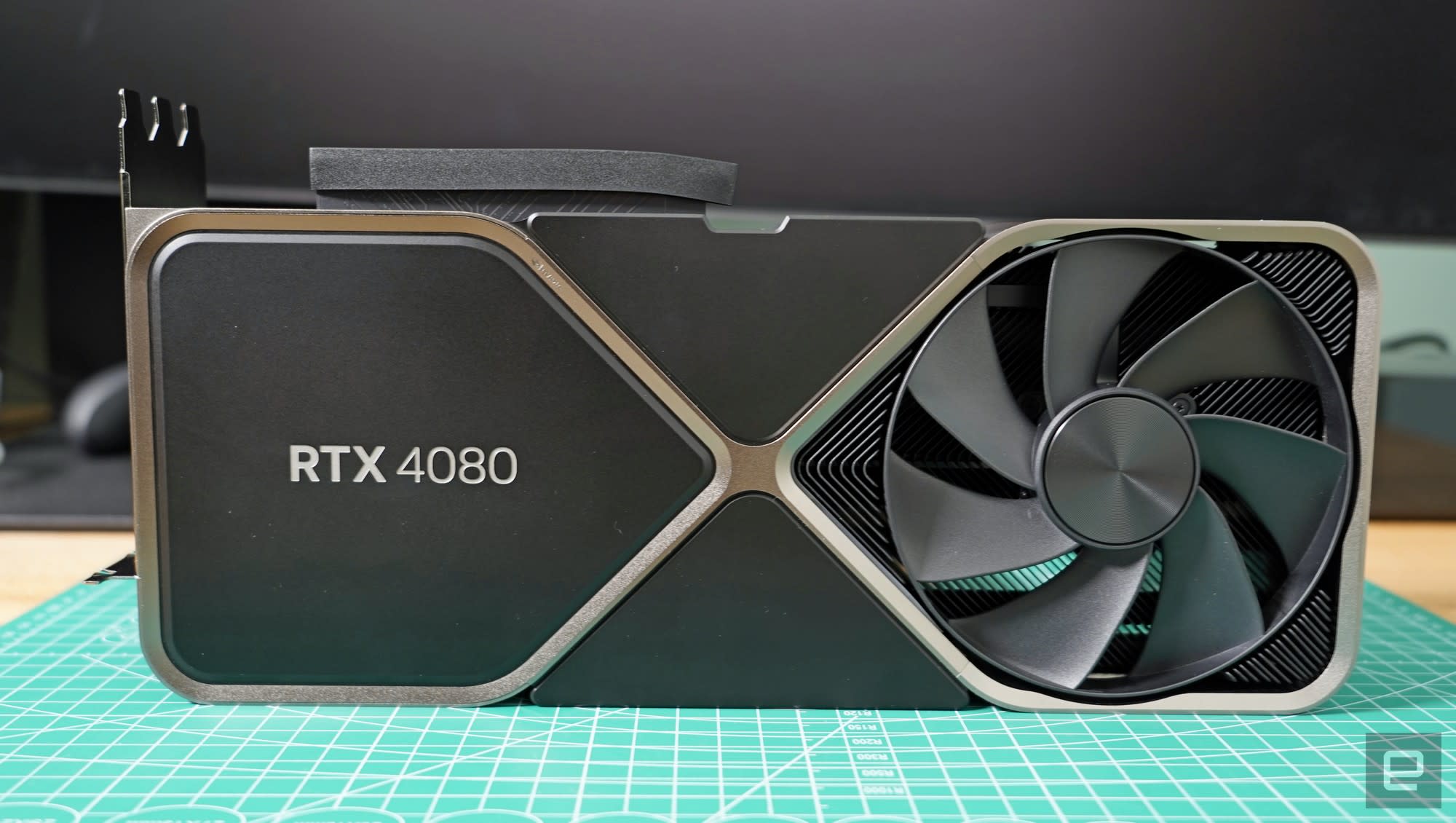 Sure, we all want NVIDIA's RTX 4090, but it's tough to stomach its $1,599 starting price (if you can even find it at that price) or its massive power demands. That leaves impatient PC gamers with only one other new NVIDIA option this year: the $1,199 RTX 4080 with 16GB of VRAM. While $400 isn't exactly a huge discount in the world of high-end PC gaming (certainly not as significant as the $899 12GB RTX 4080 that NVIDIA "unlaunched."), it may tempt some gamers.

After all, it's faster than the RTX 3080 Ti that launched at the same price earlier this year, and it works with NVIDIA's powerful new DLSS 3 upscaling technology (which is limited to 4000-series GPUs). If you can live without the bragging rights of having a 4090, the RTX 4080 is a powerful GPU that'll satisfy anyone who wants to game in 4K with ray tracing. For those stuck with lower resolution monitors, though, you're probably better off waiting for the eventual 4070 and 4060 cards, as well as AMD's upcoming RDNA 3 GPUs.

Surprisingly enough, the RTX 4080 Founders Edition we reviewed shares the exact same design as the 4090. They both take up three PCI-e slots, sport massive vapor chambers, and they retain the unique pass-through fan design from NVIDIA's previous GPUs. I was expecting something a bit smaller, to be honest. At least the 4080 only needs three 8-pin PSU cables to function, whereas the 4090 demands four. (Both cards can also be powered by a single PCIe 5.0 PSU cable, but those power supplies are pretty rare at the moment.)

The 4080's power cables also hint at one of its major advantages: It has a 320-watt thermal design profile (TDP) and requires a 750W PSU, whereas the 4090 has a far more demanding 450W TDP. Unless you already have an 850W power supply, upgrading to the 4090 may involve getting a new unit and rewiring power throughout your entire system. These cards won't always use their maximum power loads, but you'll still need to be ready for the rare moments when they need more juice.

While it may look just like the 4090, the RTX 4080 is a dramatically different beast under the hood. It's powered by 9,728 CUDA cores, 16GB of GDDR6X VRAM and offers a base clock speed of 2.21GHz (with boost speeds to 2.51GHz). The 4090, on the other hand, has 16,384 CUDA cores, slightly higher clock speeds and a whopping 24GB of VRAM. Compared to the 3080 Ti, the 4080 wins out with NVIDIA's new Ada Lovelace architecture, significantly faster speeds and 4GB more VRAM. (The 3080 Ti technically has around 500 more CUDA cores, but they're also inherently slower and less efficient than NVIDIA's new platform.)

So what do these numbers mean in practice? The RTX 4080 scored around 3,500 fewer points in 3DMark's TimeSpy Extreme benchmark compared to the 4090. But if that more powerful card didn't exist, the 4080 would be the most capable GPU we've ever reviewed. Its TimeSpy Extreme score was about 50 percent higher than the 3080 Ti, and it reached a comfortable 130fps while playing Halo Infinite in 4K with all of its graphics settings maxed out. Seeing Cyberpunk 2077 hit 74fps in 4K with ultra ray tracing settings (and the help of DLSS 3) nearly brought a tear to my eye.

A word on DLSS 3: It's NVIDIA's latest AI solution that can take lower-quality imagery and upscale it to higher resolutions. But in addition to intelligently sharpening edges and upgrading textures, DLSS 3 can also inject interpolated frames to smooth out 4K gameplay. While I can occasionally spot issues with particularly low quality DLSS upscaling, I didn't notice any unusual framerate hiccups while testing Cyberpunk and A Plague Tale: Requiem with the technology enabled.

The only real downside to the RTX 4080 is that I can't help but compare it to the 4090. That same Cyberpunk ray tracing benchmark was almost twice as fast on the 4090, reaching an eye-watering 135 fps. It also hit a 40-fps-higher average framerate in the 3DMark Port Royal ray tracing benchmark. Still, these are the sorts of gains only the most dedicated gamers will notice, the exact market for the 4090. When it comes to actual 4K gameplay, even with ray tracing in demanding games like Control, I never felt held back by the RTX 4080.

And if you're looking for more performance, overclocking is always an option. I didn't have a chance to do so myself, but the 4080's thermal performance makes me think there's plenty of room for pushing things harder. It never climbed beyond 61 celsius during my testing, around 10 degrees cooler than the 4090. That's a testament to NVIDIA's excellent cooling setup (and perhaps partially due to my office being slightly cooler this month).

And if paying more than $1,000 for a video card seems insane to you — and let's be clear, it should — sit tight to see what NVIDIA's future cards look like. We're definitely expecting RTX 4070, 4060 and 4050 cards eventually, but the the question is when. (Also, what the heck will NVIDIA do with its planned $899 4080 GPU? Does that become the 4070?) AMD's flagship RDNA 3 GPUs will launch below $1,000, and at the entry level, Intel's new Arc GPUs are surprisingly compelling.

All in all, the RTX 4080 is exactly what I'd want from an RTX 3080 Ti successor. It's faster and has plenty of new features to make it a demonstrable leap from the previous cards. I'm not saying you should be upgrading your 3080 anytime soon, but if you somehow stumble onto $1,199, I wouldn't blame you for being tempted by the 4080.

All products recommended by Engadget are selected by our editorial team, independent of our parent company. Some of our stories include affiliate links. If you buy something through one of these links, we may earn an affiliate commission. All prices are correct at the time of publishing.
View All Comments
NVIDIA RTX 4080 review: A (slightly) more practical 4K gaming titan