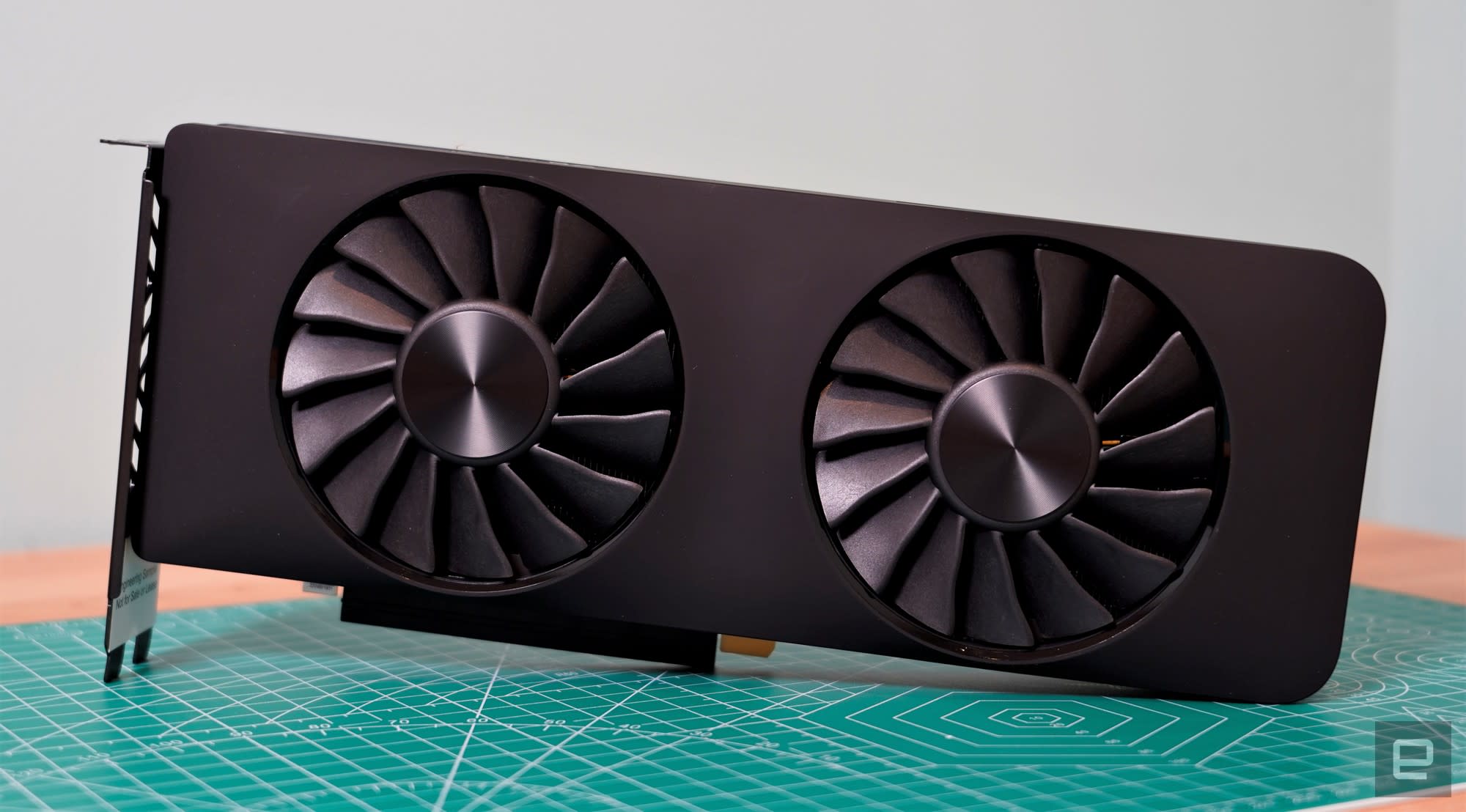 Intel Arc A750 and A770 review: Trouncing NVIDIA and AMD on mid-range GPU value

These may be the affordable mid-range GPUs you've been waiting for.

Not too long ago, the notion of Intel getting into the world of discrete graphics cards seemed ludicrous. Intel?! The same company that killed its last major GPU project in 2009 and spent the 2010s focusing on weak integrated graphics? The same one that turned to AMD when it needed a decent GPU to sit alongside its CPU for enthusiast laptops?

But after tempting Raja Koduri away from AMD, the engineer who spearheaded the powerful-yet-inexpensive Radeon RX480, it started to seem like Intel was finally getting serious about gaming GPUs. Since then, the company's new Xe graphics have beefed up its notebook CPUs and popped up in the DG1 card for developers.

Now comes the real test: Can Koduri and the Intel crew actually make GPUs gamers will want? After spending some time with the Arc A750 and A770 , it's clear that the company has developed cards that can easily take on NVIDIA and AMD's alternatives. But most importantly, they're aiming to deliver that power a lower price. The A750 is launching at $289, while the A770 starts at $329 (with a Limited Edition card at $349).

Theoretically, that puts the A770 on par with the RTX 3060's original price. But thanks to the wild GPU market, NVIDIA's card currently goes for around $400. We've yet to see how retailers will price Intel's cards, but the company's representatives have claimed they're pushing stores to stick to their low launch pricing. If that's the case, Intel's Arc GPUs will end up being something truly rare in the video card world today: good deals.

I was impressed the moment I opened the Arc A750 and A770 boards sent for review. After testing Intel's recent NUC Extreme systems, I was expecting some fairly practical-yet-dull gamer chic. But these cards are genuinely sleek. They're well-built, have a finger print-free matte finish, and aside from the modest LEDs around the A770's fans, there's no annoying bling in sight. These certainly don't feel like Intel's first consumer graphics cards. They're more like stealth bombers built with the express purpose of obliterating NVIDIA and AMD's price-performance ratios.

Powering these beauties is the latest evolution of Intel's "Alchemist" Xe graphics architecture. The Arc A750 features 28 Xe cores, 28 ray tracing units, a 2,050 MHz clock speed and 8GB of GDDR6 RAM. The A770 doubles that memory and has more power across the board: 32 Xe cores and ray tracing units, as well as a 2.1 GHz speed. Both cards have a 225W TDP, which means they will end up drawing more power and heat than the 170W RTX 3060. (I typically saw them hit around 76C under heavy load, six degrees more than NVIDIA's card.)

I figured the beefier Arc A770 would outmatch the RTX 3060 Ti (I didn't have a chance to review the 3060 at launch), but I was genuinely surprised by how well both cards faired in our benchmarks. The A750 scored over 900 more points than the 3060 Ti in the 3DMark Time Spy Extreme benchmark, landing just above the the RTX 3070. I was also able to hit 74 fps while playing Halo Infinite in 1440p with all of the graphics settings maxed out. That's not at all what I expected from a GPU under $300.

The Arc A770 was within reach of the RTX 3070 Ti's Time Spy Extreme score, a card that launched at $599 (and sold for much more) last year. It also proved to be a decent ray tracing contender (within reason), reaching 76 fps in Cyberpunk 2077's benchmark while playing in 1080p with the "ultra" ray tracing profile. Both GPUs scored close to the RTX 3060 Ti in 3DMark's Port Royal ray tracing benchmark, almost twice as fast as the Radeon 6600. Given how disappointing AMD's ray tracing performance has been, I was genuinely shocked that Intel was able to deliver a significantly better experience.

Still, it's strange to see the A750 and A770 scoring closely in some cases. The pricier card also hit around 75 fps while playing Halo Infinite in 1440p, and they were both within a few thousand points of each other in the Luxmark HDR OpenCL benchmark. That's both a testament to Intel's graphics architecture, and a sign that its drivers may need some work. (Another sign: Control didn't think either card was compatible with DirectX 12 ray tracing.)

NVIDIA's RTX 3060 Ti held a slight lead on both of Intel's cards in Hitman 3, though I was able to get a decent performance boost of 30 fps when I enabled Intel's XeSS technology. Similar to DLSS on RTX GPUs, it uses AI processing to upscale images rendered at lower resolutions. I didn't notice any artifacts during the Hitman benchmark, though I didn't have a chance to spend a ton of time playing it with XeSS enabled.

You'll find XeSS support on titles like Call of Duty: Modern Warfare II, Naraka Bladepoint and Shadow of the Tomb Raider when the Arc GPUs launch. Similar to AMD's FX Super Resolution (and unlike DLSS), Intel's upscaling tech can also work with competitor's GPUs to give everyone a framerate boost.

While the Arc A750 and A770 are best suited to 1440p and 1080p gaming, they also handled my ultrawide monitor's 3,440 by 1,440 resolution decently. In Halo Infinite, I saw an average of 62 fps on the cheaper card with maxed graphics settings, while the A770 hit a smoother 70 fps. These aren't groundbreaking scores, but it was heartening to see affordable cards holding their own at higher resolutions.

Despite a few hiccups, like not getting ray tracing in Control and occasional framerate hiccups in Cyberpunk, I was happy to see that Intel's Arc drivers didn't have any major issues. There were no game crashes or blue screens of death during my testing. Still, Intel needs to show it can optimize its drivers in time for major game launches (guaranteeing XeSS support in Modern Warfare II is a start). And given the company's complete abandonment of its previous discrete graphics card, Intel also has to prove that it won't just give up on these GPUs soon. Most gamers will need to rely on their video cards for several years, after all.

So sure, I have hesitations about recommending these cards wholeheartedly. But if you're looking for solid deals, especially following years of ever-increasing GPU prices, the Arc A750 and A770 are tough to beat. After almost a decade of doubting Intel's graphics hardware, I can't help but feel like the gruff farmer in Babe: That'll do Intel, that'll do.

All products recommended by Engadget are selected by our editorial team, independent of our parent company. Some of our stories include affiliate links. If you buy something through one of these links, we may earn an affiliate commission. All prices are correct at the time of publishing.
View All Comments
Intel Arc A750 and A770 review: Trouncing NVIDIA and AMD on mid-range GPU value