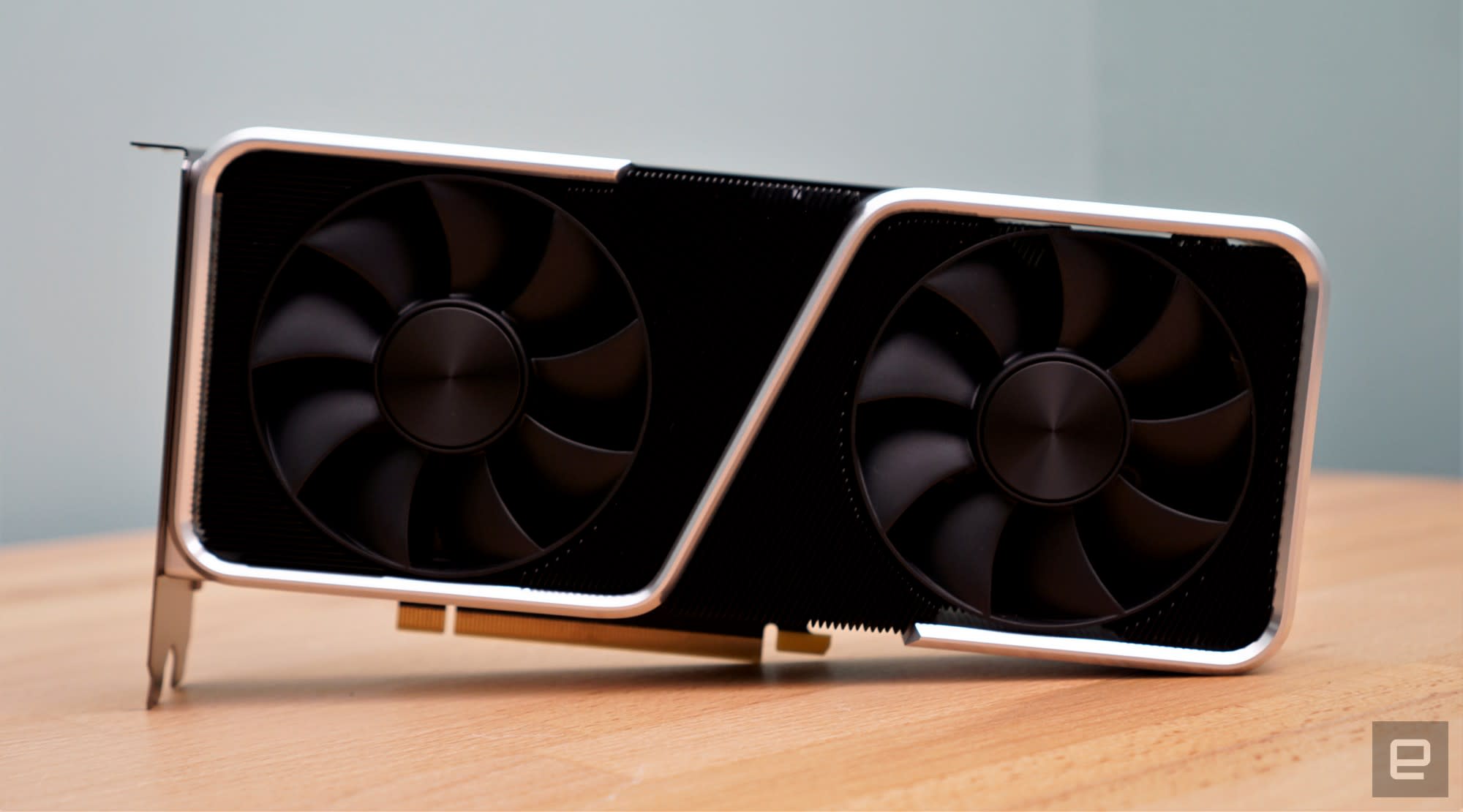 The cheapest RTX 3000 card is still a champ.

So far, we've been nothing but impressed with NVIDIA's RTX 3000 video cards: The RTX 3080 offers a tremendous amount of performance for anyone willing to shell out $699 for a video card, while the 3070 is more practical at $499 but still offers plenty of power. But as usual, NVIDIA isn't stopping there. Earlier this month, it unveiled the $399 RTX 3060 Ti, the cheapest entry in its new lineup. Given just how successful NVIDIA's new Ampere architecture has been, I expected the 3060 Ti to be a solid improvement over its predecessor, the RTX 2060 Super. After a few weeks of testing, I'm somehow even more impressed.

Despite costing just $399, the RTX 3060 Ti is even faster than the RTX 2080 Super, which launched at $700 last year. For most gamers, it'll be more than enough to play modern titles in 1080p and 1440p, and it should keep them satisfied for years to come. At least, until they start demanding higher resolutions and more frames for high-refresh-rate monitors.

You can think of the RTX 3060 Ti as a stripped-down 3070: They both run NVIDIA's GA104 GPU and have 8GB of GDDR6 RAM, but the cheaper card has less power overall. It features 4,864 CUDA cores and a boost clock speed of 1.67GHz, whereas the 3070 offers 5,888 CUDA cores and tops out at 1.73GHz. Still, the 3060's CUDA figure more than doubles the RTX 2060's 2,176 cores, and its new architecture also includes updated RT cores for ray tracing and tensor cores for AI processing. As with NVIDIA's other GPUs this year, the 3060 Ti features fewer tensor cores than the card it replaces, but it makes up for that by handling AI tasks more efficiently.

The company is also counting teraflops very differently with its 3000-series GPUs, which makes it tough to directly compare their figures to its older cards. NVIDIA rates the 3060 Ti at 16.2 TFLOPs of shader performance, whereas the 2060 Super offered 7.2 TFLOPs. There's no doubt that the new GPU is faster, but don't expect it to literally be over twice as fast, since there's a lot more behind that performance than raw TFLOPS numbers.

Despite all the differences under the hood, you'd be hard-pressed to tell the RTX 3060 Ti and 3070 Founder's Edition cards apart. They both feature NVIDIA's revamped PCB arrangement, which places the bulk of the card towards the front ports. Two large fans keep things cool, with the rear fan blowing air right through the card toward the top of your case. It's a unique approach -- one that's worked out well so far for NVIDIA. The 3060 Ti typically idled around 41 celsius and reached 74C under heavy loads, with a maximum fan noise that's far quieter than the RTX 2060 Super. As for ports, the 3060 Ti features three DisplayPort 1.4a connections and a single HDMI 2.1 socket, which supports 4K beyond 60Hz and 8K displays.

All games tested in 1440p with the highest graphics quality settings and ray tracing (where available), on a rig powered by an Intel Core i7-8700K and 32GB of RAM.

After spending much of this fall testing out powerful new GPUs (be sure to check out our reviews of AMD's Radeon 6800 and 6800 XT), I knew what to expect with the 3060 Ti. It's just going to be a cheaper take on the 3070, right? But what truly surprised me was how much performance NVIDIA could deliver for $399. As I mentioned before, the 3060 Ti easily bested the RTX 2080 Super in all of our benchmarks, which proves just how much of an upgrade it is over the 2060 Super. But I was also pleased to see that it wasn't much slower than the 3070 either.

I was able to get Cyberpunk 2077 running on the 3060 Ti around 65fps in 1440p with mid-range ray tracing settings and DLSS enabled. Turning off DLSS, which renders games at low resolutions and uses AI supersampling to approximate the look of high resolutions, brought the game to a sluggish 40fps. Pushing the 3060 Ti a bit harder, I hit 55fps on my ultrawide monitor's native 3,440 by 1,440 resolution with DLSS. To achieve that, though, I had to switch DLSS to its highest performance setting, which at times made the game look like it was being rendered below 1080p. As you can imagine, that wasn't playable for too long, even if things were running smoothly otherwise.

All games tested in 4K with the highest graphics quality settings and ray tracing (where available), on a rig powered by an Intel Core i7-8700K and 32GB of RAM.

The 3060 Ti's limits are more apparent when you start stressing it with 4K gaming. Destiny 2 hovered between 45 and 60fps with the highest graphics settings, while the 3070 was more stable between 70 and 80fps. Throw in ray tracing at 4K, and the 3060 Ti starts to fall apart even more. Shadow of the Tomb Raider crawled at 32fps with ultra ray tracing shadows. I suppose that's not too bad, though, as the 3070 could only muster 37fps with those same settings. (For what it's worth, the 3080 also struggled a bit to reach between 55 and 65fps.)

Clearly, the 3060 Ti isn't the card you'd want to pump out native 4K games to your TV. But at $399, that seems like a decent tradeoff for anyone who's primarily playing on a 1080p or 1440p monitor. And of course, it's also only $399 in an ideal world. Right now, the 3060 Ti is out of stock at every major retailer. And even when they're available, many cards from NVIDIA's partners will go for $450 and more. It's always been tough to get your hands on the latest GPUs, but that problem seems even worse this year, as the COVID-19 pandemic has slowed production considerably.

If the idea of 4K gaming intrigues you, it may make more sense to save up for an RTX 3070 (again, whenever those are back in stock). And if you're married to the idea of true 4K gaming with maxed out ray tracing settings, the RTX 3080 is well worth its $699 starting price.

If anything, the RTX 3060 Ti proves that NVIDIA’s new Ampere architecture can scale down very well. The fact that it’s faster than the company’s last $700 card makes it clear just how much of a deal it is. And while I won’t say it’s enough of a leap to upgrade from an RTX 2060 Super, it’s something everyone who’s held onto their aging GTX 1060s should consider.

All products recommended by Engadget are selected by our editorial team, independent of our parent company. Some of our stories include affiliate links. If you buy something through one of these links, we may earn an affiliate commission. All prices are correct at the time of publishing.
View All Comments
NVIDIA RTX 3060 Ti review: The new king of $399 GPUs