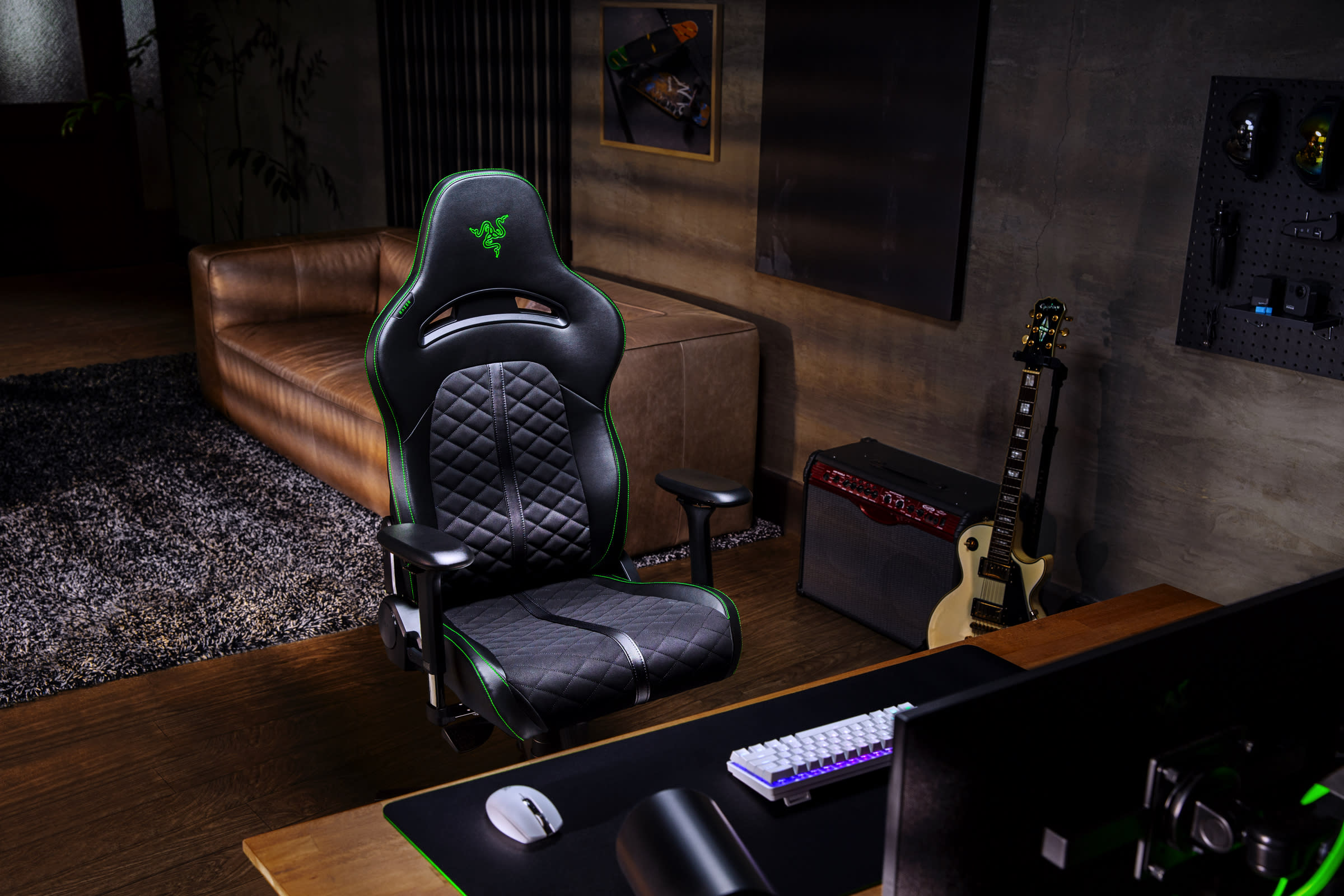 Razer’s $399 Enki is better than most office chairs, period

Lie back and take a nap between ‘Fortnite’ rounds.

In the past decade we’ve seen the tag “gamer” used increasingly as a lifestyle sales pitch. Sure, you can buy gaming headsets and gaming mice and gaming keyboards, but there are also gamer hoodies and gamer drinks and even gamer furniture. Chairs made especially for playing have been proliferating over the past few years and until now, they’ve tended to be overpriced and ostentatious. Razer’s new Enki chair is still a bit over the top, but at least it’s a more affordable over the top, starting at $299.

To build the Enki, Razer called in ergonomics experts, paying attention not just to lumbar support, but also to how test subjects sat on the bottom cushion. The 21-inch-wide seat is shaped to distribute your weight more evenly, so you can sit for hours without getting a sore ass. They even considered the needs of those who like to sit in more unusual positions, like a half- or full-lotus. As someone who often sits cross-legged in my chair, I am grateful for the extra space and support.

Perhaps the most impressive thing about the chair is how far back it can lean. It’s not quite 180 degrees, but 152 degrees is still pretty good — the kind of angle you might only see on an airliner’s international business class. It’s the kind of chair you can fall asleep in. It seems precarious but in use, the chair held my weight well when I opened it to its max. It didn’t feel too top heavy, like it would fall backward, but it felt a bit unnatural due to the lack of a footrest. But let’s be honest, you really should just retire to your couch or bed when you need a proper snooze. This is good for when you need a bit of a stretch between Overwatch matches or Zoom meetings.

My one nitpick besides the lack of a footrest is the head pillow, which is only included with a more expensive $399 package. It’s a nice shape and the fabric feels good to the touch, but it’s also not very adjustable. It has to be strapped on around the moon-shaped cut out toward the top of the seat, which means the height is non-negotiable. I found it ended up in that limbo between my head and neck, where it just jutted out and supported neither of them. I found it incredibly uncomfortable and ended up tearing it off. However, it also felt weird to not have something supporting my head in this chair. I can only hope that Razer ends up offering more options for users of different heights.

Aside from that, it’s a very good chair offered at a very good price — other chairs from Secretlab or Logitech might cost hundreds more, and a good non-gaming office chair can easily go above $1,000. And, while some might find it silly to buy a “gaming” chair, there’s no rule this has to be used only for gaming. You can use the chair for work, meetings and anything else. It’s not gaudy in any way that would draw attention on a video call, as Razer eschewed its usual use of lime green highlights.

In the end, it’s just a chair. A nice, comfortable chair that you can buy directly from Razer or various retailers starting today, for $299 for the Enki X or the $399 Enki that includes the head pillow, a more reactive seat tilt and an armrest adjustable in four directions. With all the time you’ve been spending in front of the computer lately, you should make it a little nicer.

All products recommended by Engadget are selected by our editorial team, independent of our parent company. Some of our stories include affiliate links. If you buy something through one of these links, we may earn an affiliate commission. All prices are correct at the time of publishing.
View All Comments
Razer’s $399 Enki is better than most office chairs, period