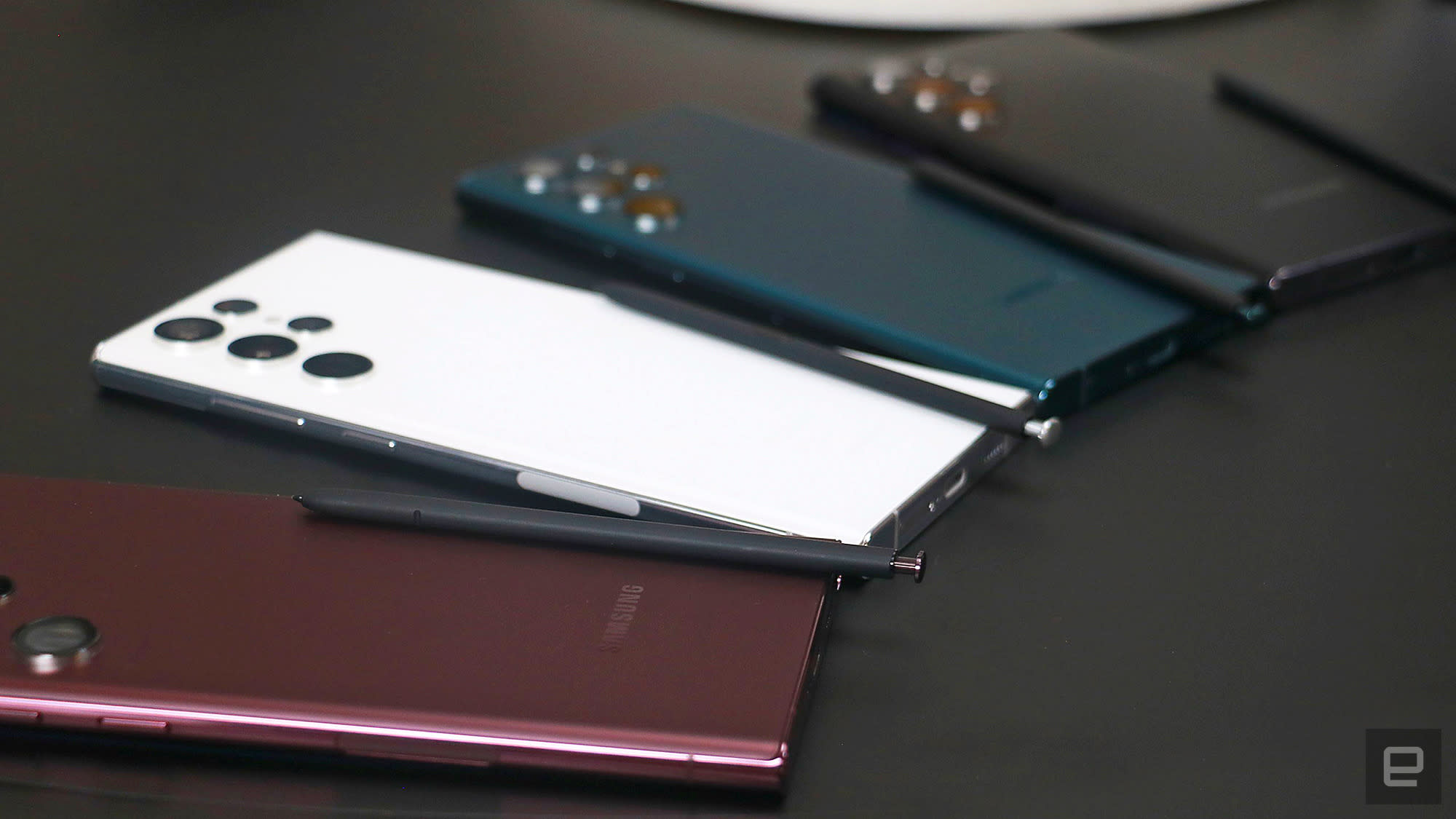 The S Pen will carry on the legacy.

Don’t say goodbye to the Galaxy Note yet. When Samsung launched the Galaxy S22 Ultra today, it said the new flagship merges “the best of two smartphone legacies,” bringing together the S Pen, camera and other power-user features into one device. With its onboard S Pen slot, distinct rectangular shape and premium specs, it’s easy to think of the S22 Ultra as a Note replacement. And in many ways it is. But does that mean Samsung is done with the Note altogether? According to Samsung’s vice president of product management Drew Blackard, the short answer is no.

The longer answer is a little more complicated. Setting aside the fact that you can never say never, Samsung (along with many other companies) says it makes decisions about its product roadmap based on customer feedback. That means if enough people clamor for a new Note, Samsung might bring it back. Still, though he won’t rule out anything for the future, Blackard told Engadget that in the near term there are no plans for a new Note device. “There’s not going to be a new product in the current portfolio with Note in its name,” he said.

But the Note branding isn’t completely going away. “I can’t be clear enough, this is just an evolution of Note for us,” Blackard said. “It’s not the end of the Note.” He pointed out that the S22 launch event alone will reference Note-like features several times. “It just happens there’s not a device called Note right now,” he said.

What that means is features that were hallmarks of the Note line, particularly the S Pen, will continue to be embedded into Samsung’s other products. The company’s stylus has already shown up in its tablets, laptops and foldables in some form.

Now that the S22 Ultra has an onboard slot, it’s like a Pokemon that has completed its evolution into the Note. “We're going to be telling Note users that S22 Ultra is the device for them,” Blackard said. “It's the natural step up.”

“We would argue we don’t make too many damn phones.”

Blackard believes “we make a breadth of choice for a very diverse market.” To him, the challenge is in communicating clearly to consumers so they have the information to choose the right phone for them.

To be fair, the Note series did offer an onboard S Pen in a tinier, cheaper handset. (Remember the Note 10 Lite?) Having a dedicated series allowed Samsung to offer more configurations, like a smaller version of the Note. But according to Blackard, when different versions were offered, a disproportionately large portion of people bought the Note’s Ultra variants.

With foldable phones joining the annual launch lineup over the last few years, Samsung’s calendar was starting to look stacked. Substituting the usual Note event in the fall with something dedicated to the Z-series foldables also makes things easier. Plus, Samsung is expected to eventually add an onboard S Pen slot to the Z Fold series, so who knows, the Note name might resurface there. A Galaxy Note Fold? That would make sense to me.