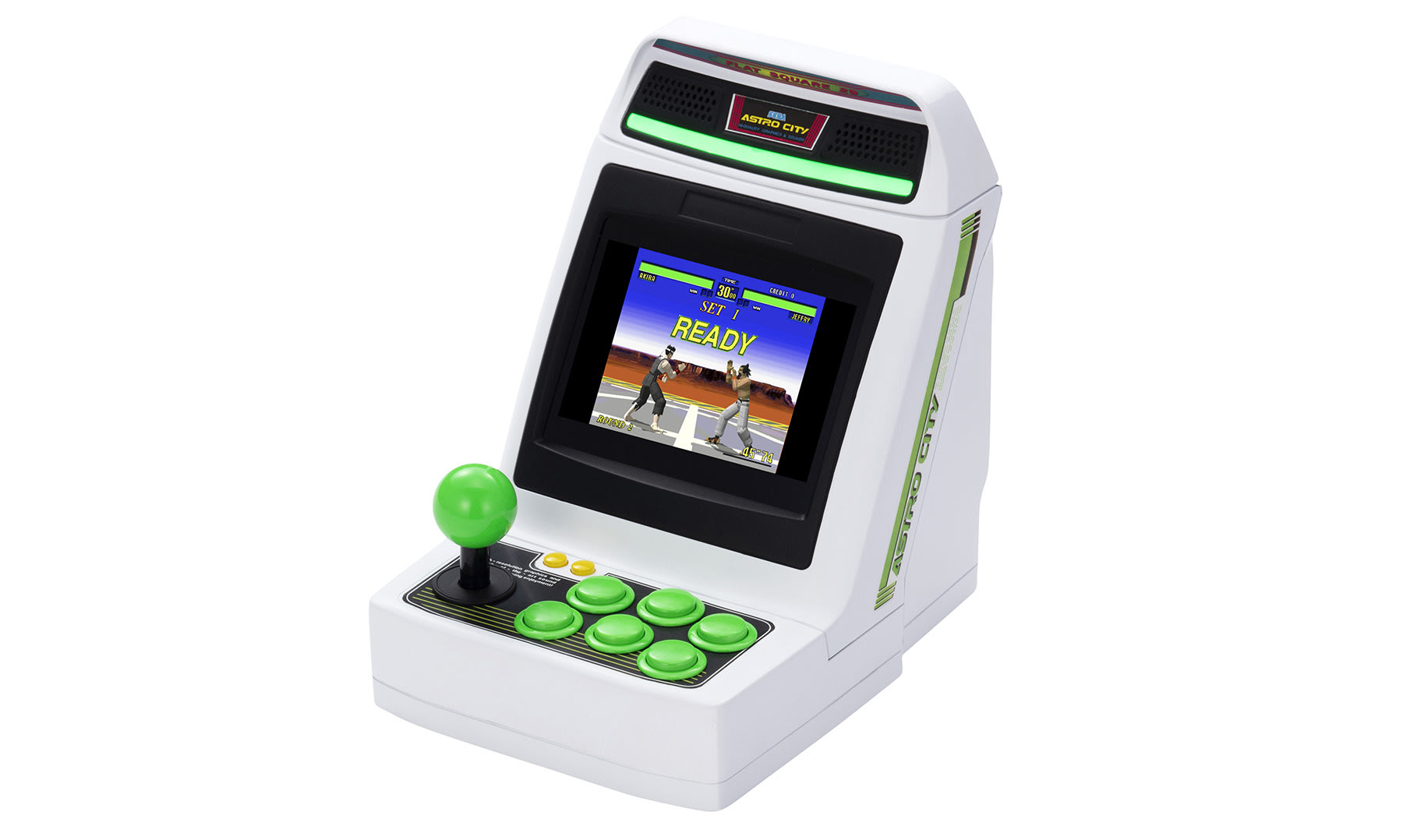 With the Genesis Mini and Game Gear Micro, Sega is really into tiny consoles right now. It may have just outdone itself, however, with the launch of the Astro City Mini arcade cabinet (via The Verge). It’s a shrunk-down version of Sega’s famous 1993 Astro City sit-down arcade cabinet, complete with a tiny screen and microswitch controls.

Despite the small size, it offers a Micro USB and two USB-A ports for separate control pads or arcade joysticks, along with a headphone jack. If you’d rather play on a larger screen, there’s an HDMI output port, as well.

Though it offers an arcade-like experience and arcade titles, Astro City Mini will let you save game progress like Sega’s other mini consoles. It’s set for release in Japan towards the end of the year and will cost 12,800 yen, or around $117.

In this article: Sega, arcade, astro city mini, console, virtua fighter, fantasy zone, golden axe, micro-console, news, gaming
All products recommended by Engadget are selected by our editorial team, independent of our parent company. Some of our stories include affiliate links. If you buy something through one of these links, we may earn an affiliate commission.