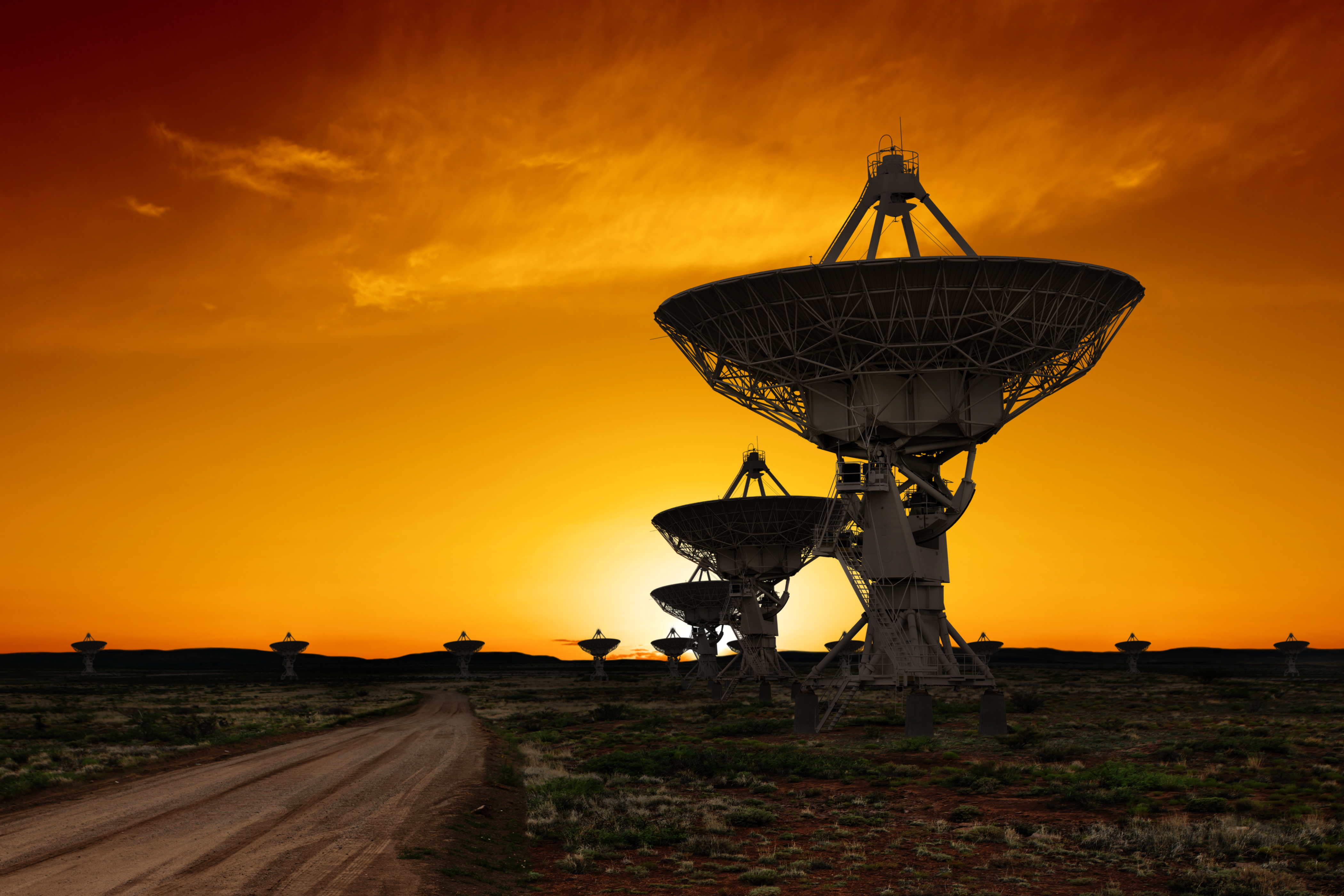 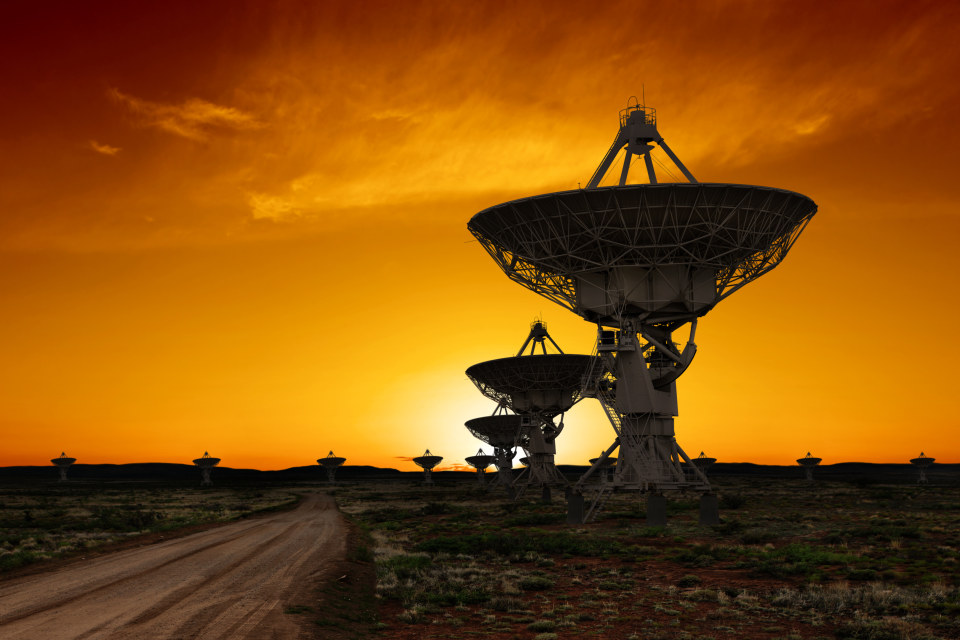 The question of whether we are alone in the universe has plagued humanity since the dawn of time. It’s answer, one way or the other, could fundamentally alter our understanding of life, evolution, science, and even theology. Even the discovery of a single extraterrestrial civilization would be enough to upend humanity’s perceived place in the universe. But what if there could be as many as 36 technologically advanced, intelligent species currently living in our very own galaxy right now? A recent study out of the University of Nottingham, published last week in The Astrophysics Journal, estimates precisely that.

To come to that conclusion, Dr. Tom Westby and Dr. Christopher J. Conselice from Nottingham’s School of Physics and Astronomy reevaluated the Drake Equation using a series of logical assumptions based on the only intelligent, high-tech civilization we know about: our own. Since relying on a single datapoint can influence the estimates that an equation produces, Westby and Conselice took great pains to avoid potential sources of bias in their work.

“It is true that the greatest challenge in any Astrobiological study is the fact that we are restricted to a single known example of life and indeed intelligent life in the Universe, and inevitably, we do have to appeal to knowledge about the way that we ourselves have formed in order to make assumptions about the potential development of any other civilisations,” Westby explained. “However, our ambition for this study was to circumvent many of the speculative questions examined in the traditional approach, and replace them with parameters which can be calculated scientifically.”

The Drake Equation was first proposed by Dr. Frank Drake in 1961 while working as a radio astronomer at the National Radio Astronomy Observatory in Green Bank, West Virginia.

N is the total number of civilizations within the galaxy with which we could theoretically communicate.

R∗ is the average rate at which stars in our galaxy form.

fp is the fraction of those stars that have planets.

ne is the number of planets that can potentially support life per solar system.

fl is the fraction of those planets that actually do develop life at some point.

fi is the even smaller fraction of life-supporting planets that actually give rise to intelligent life.

Of those civilized planets, fc is the fraction that acquire technology that releases detectable signs of their existence into space such as radio signals.

Finally, L measures the lifespan of those advanced civilizations in years. In humanity’s case L is roughly 100, as that’s how many years we’ve had telecommunication technology.

“The method presented by the Drake Equation relies on estimates of quantities which are extremely hard to make scientifically,” Westby continued. Hence the liberal use of logical assumptions when assigning values to the various factors.

Westby and Conselice are far from the first team to fiddle with Drake’s Equation. “What we have done is to re-examine the question of how many Communicating ExtraTerrestrial Intelligences (CETI) could potentially exist in our Galaxy, but this time, based on much more solid, Astrophysical grounds,” Westby said.

“In our study, we replace many of the terms in the original Drake Equation with values which we can realistically calculate from solid Astrophysical models, such as what fraction of the stars in the Milky Way have sufficient chemical richness to produce environments suitable to life, and what fraction of these are long-lived enough so that life can become established.” he continued. “These are parameters which can be evaluated based on well-known stellar physics.”

For example, we know that it took humanity roughly 5 billion years to crawl out of the primordial soup and achieve the level of technology we have today. So if the Principle of Mediocrity holds, that means it would likely take an alien civilization somewhere between 4.5 and 6.5 billion years to do the same. Westby and Conselice then sought to figure out how many stars in the Milky Way are older than 5 billion years. Turns out, based on the established physics of the stellar formation process, that a whopping 96 percent of the stars in our galaxy are more than 5 billion years old.

But it’s not just a matter of how many stars there are but also their chemical composition. “Our Sun, for instance, is mainly Hydrogen and Helium,” Westby said. “But it must have formed from a cloud of material which contained trace amounts of higher-mass elements, including the Carbon, Nitrogen, Oxygen, etc upon which living things depend.”

“Again, we applied the Principle of Mediocrity to allow us to make the assumption that any environment, with the same balance of heavier elements, should stand a more-or-less equal chance of forming planets and the chemical requirements for life.”

And since our Sun lies approximately 26,000 light-years from the Galactic center and clearly has all the right materials for fostering life Westby and Conselice calculated that any star situated between roughly 20,000 and 30,000 light-years from the center are most likely to support planets with biological life. In all, the pair found that some 50 percent of all suns in the Milky Way, regardless of how far they are from the galactic center, have the right chemical makeup to support life.

Even if a system’s sun is the ideal age and composition to support life, civilizations will not rise  if there aren’t planets occupying the so-called Goldilocks Zone. Thanks to NASA’s recent Kepler Mission, we now know of more that 4000 exoplanets in our galaxy. Using that data, Westby and Conselice calculated that as many as 19 percent of the stars in the Milky Way have planets that can support life. We’ve even seen an example for ourselves with the discovery of the TRAPPIST-1 system where three of the seven orbiting planets rest within the habitable zone.

The most speculative factor in the equation is L -- the average lifespan of an advanced civilization. Humanity has only achieved a level of technology that produces signals capable of being detected by alien civilizations for around 100 years, and we’re already damn near the brink of global collapse, so assigning a value to L is wildly subjective.

“We used our modelling of the age-distribution of all Milky Way stars to come up with an estimate of the average amount of time available for civilised life to exist,” Westby said. “We then used our own example, here on Earth, to come up with a bare minimum estimate that civilizations can presumably exist for at least a century beyond the development of their ability to produce long-range radio signals.” This was the only factor in their study that was based on human experience rather than derived from the established laws of astrophysics.

While the confirmation of an extraterrestrial signal would enable us to more fully “solve” Drake’s equation, there are a number of other factors -- short of tapping into an alien broadcast -- that could deliver more accurate estimates. “One factor which our study has not yet explored is the possible impact of civilisations migrating from one planet to another, which would potentially have the effect of greatly increasing their own lifetime,” Westby noted, “as well as their sphere of communicative potential.”

But therein lies the problem. Based on their calculations, Westby and Conselice estimate that even though there may be 36 advanced alien civilizations residing in our neck of the universe, the closest ones are likely at least 17,000 light years away from us. They figure we’d need to search for close to 3,000 years just to find them and, at our current level of technology (assuming the aliens are roughly on par with us), even if we blasted a message off tomorrow we’d have to wait at least 34,000 years to get a reply. Even in a best case scenario, “if we relax our modelling assumptions and allow for a greater probability of life developing in less time, with fewer heavy elements the estimated number of CETI climbs to something like 900,” Westby said. “With our nearest neighbour being 1000 light-years away, it would require active searching for 100 years before SETI yields results.”

“Perhaps the reason for the great silence of Extra-Terrestrial signals is that technological civilizations come and go relatively fleetingly, and rarely avoid extinction for long enough to overhear a neighbor,” Westby concluded. “Perhaps life, and even intelligence, is more common than we once thought, but -- due to the vast dimensions of space -- it arrives and vanishes, after a relatively short, lonely existence.”

In this article: SETI, University of Nottingham, Tom Westby, Christopher J. Conselice, Astrophysics, aliens, civilization, Drake Equation, feature, tomorrow
All products recommended by Engadget are selected by our editorial team, independent of our parent company. Some of our stories include affiliate links. If you buy something through one of these links, we may earn an affiliate commission.