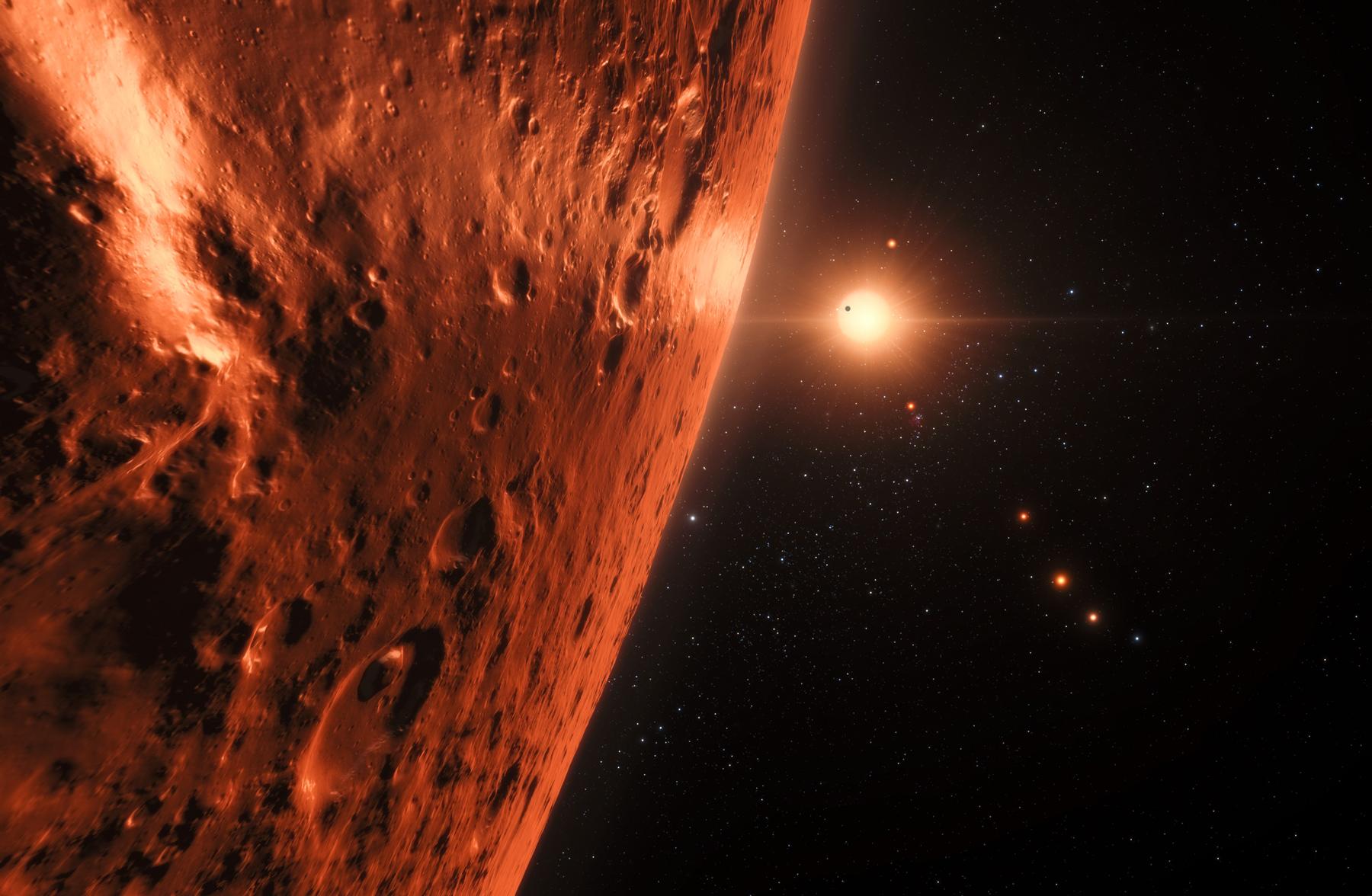 Scientists say it's possible five Earth-sized planets orbiting Trappist-1, an ultra-cool dwarf star located 39 light years away, contain "significant amounts of water." An international team of astronomers used the Hubble Space Telescope (HST) to measure the amount of ultraviolet (UV) radiation hitting all seven Trappist-1 exoplanets. The phenomenon is important because low-energy UV radiation can break down water molecules into hydrogen and oxygen; higher levels heat the upper atmosphere to the point where the two elements can escape. UV radiation is therefore useful in modelling water loss and atmospheric stability in distant planets.

Measurements were taken with the HST's Space Telescope Imaging Spectograph in September, November and December last year. Using these figures and other scientific research, the team concluded that six of the exoplanets nearest Trappist-1 "could have lost more than 20 Earth oceans" of water throughout their history. While that sounds pretty bad, other possibilities exist. The team says the four planets furthest from the star, E, F, G and H, "might have lost less than three Earth oceans." B and C, the two closet to Trappist-1, are the least likely to hold water, unsurprisingly.

Planets E, F and G sit in the "habitable zone," an orbital distance that could, in theory, allow Earth-like planets to hold liquid water on their surface and, by extension, support life. It's here, of course, that scientists are most hopeful about the Trappist-1 system. Furthermore, depending on photolysis, which is the separation of molecules by light, it's possible all of the planets apart from B and C harbor water above ground. "Naturally, this also depends on the age of the system," the team of astronomers explain in their report, and how much water the planets originally formed with.

"Photolysis efficiency is expected to be lower than about 20 percent, in which case all planets but TRAPPIST-1b and c could still harbor significant amounts of water."

For now, this is all informed guesswork, however. As the European Space Agency admits, with the data and telescopes currently available "no final conclusion can be drawn on the water content of the planets."

Water, while crucial, isn't enough to guarantee life either. Two teams led by the Harvard-Smithsonian Center for Astrophysics (CfA) say the star's behavior, which includes rapidly spinning and generating ultraviolet flares, makes the potential for life pretty slim on Trappist-1 planets. They might hold water, but the star's radiation will have likely destroyed their atmospheres and, in the process, any chance of habitability. "We're definitely not saying people should give up searching for life around red dwarf stars," the CfA's Jeremy Drake said in July, "but our work shows we should also target as many stars as possible that are more like the Sun."