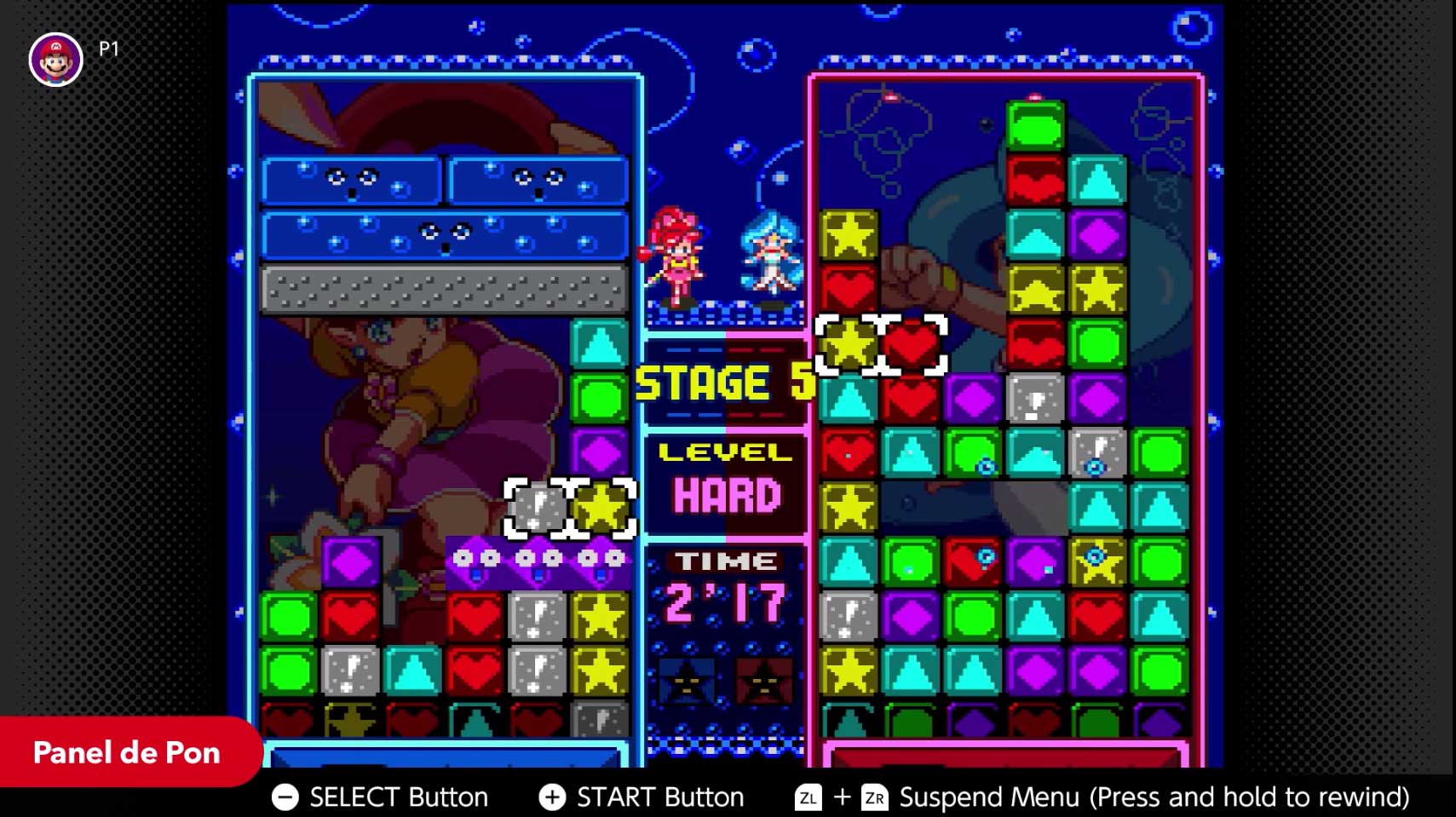 Nintendo Switch Online is carrying on the legacy of the Wii’s Virtual Console, and four more games -- one NES title and three SNES ones -- are being added to the library on May 20th. Rygar may be regarded as a classic, but it hasn’t aged too well, and Operation Logic Bomb isn’t exactly a paragon of 16-bit gaming. Wild Guns and Panel de Pon, though, are heavy hitters.

Wild Guns is a mix of shoot ‘em up and light gun game genres. On paper, it shouldn’t work, but it’s actually fun, challenging and well designed. The game -- which was created by Natsume and was first released in 1994 -- takes place in a sci-fi version of the wild west and has players shooting and dodging at a frantic pace. The D-pad moves the characters around as normal, but once the fire button is held down, they stop moving and the targeting reticule can be moved around the screen. A remake of the game, Wild Guns: Reloaded came out in 2016, but this original version should be a good choice for anyone looking for some old-school arcade-style gaming.

Panel de Pon is a puzzle game by Intelligent Systems -- the team that created Paper Mario and Fire Emblem. Western gamers might notice that the gameplay is the same as that of Tetris Attack -- the game was reworked to include more Nintendo-themed imagery and a higher difficulty level when making its way out of Japan. Between the addictive gameplay and the cutesy, colorful graphics, this one should be a great addition to the Switch’s vintage library.

Nintendo Switch Online has plenty of potential. It should be filled with as many classic 8- and 16-bit games as possible, yet the offerings are arguably paltry. Having two top-notch games certainly helps improve things, but hopefully Nintendo more frequently adds must-play games in the future.

In this article: nintendo, nintendo switch, nintendo switch online, nes, snes, rygar, operation logic bomb, Wild Guns, Panel de Pon, classic games, games, super famicom, news, gaming
All products recommended by Engadget are selected by our editorial team, independent of our parent company. Some of our stories include affiliate links. If you buy something through one of these links, we may earn an affiliate commission.