Two years of battle between HD DVD and Blu-ray: a retrospective 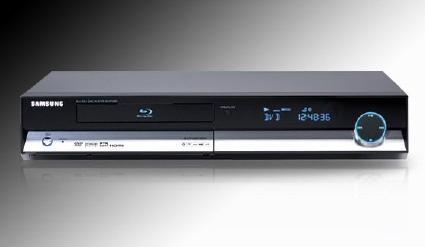 Much like Pioneer, Samsung is still bumming us out by not whipping up a combo Blu-ray and HD DVD player. But good ol' Sammy is announcing its first Blu-ray player, the BD-P1000, to be released in Europe in October 2006, with price estimates reaching €1,400. It's due to go head-to-head with Toshiba's HD-E1 and HD-XE1, which ares due to come out the following month. Guys, can't we bury this hatchet already and just settle this war? It's obvious that building a hybrid player is entirely possible, and to motivate you to get on it we're officially going to sulk and go on hunger strike. Go on, try us.
In this article: bd-p1000, blu-ray, combo drive, ComboDrive, europe, format wars, FormatWars, hd-e1, hd-xe1, hddvd, pioneer, samsung, toshiba
All products recommended by Engadget are selected by our editorial team, independent of our parent company. Some of our stories include affiliate links. If you buy something through one of these links, we may earn an affiliate commission.
Share
Tweet
Share