Google planning on getting into ebooks in a big way 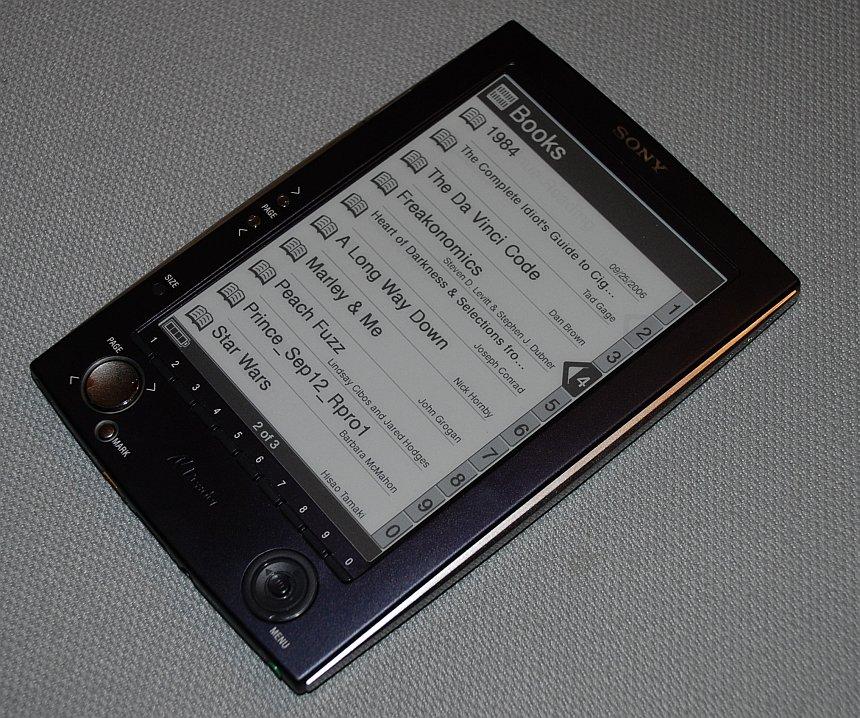 Last night we nabbed an exclusive sneak peek at the oft-delayed Sony Reader, which we're happy to report is finally getting close to coming out.

What we can't report, at least not yet, is a confirmed MSRP or when it is actually going to go on sale. Sony wouldn't tell us. But we did manage to get a first-hand look at the final production version of the device, as well as snap a whole slew of pics (and score some screenshots of the Connect Reader software client and Sony's eBook Store). Tech specs are more or less the same as when they announced the Reader at CES this past January -- a 6-inch E Ink display, enough battery life for 7,500 page turns, support for DRM'd BBeB and unprotected PDF, TXT, RTF, and Word files -- but the big news is that this thing will in fact support RSS feeds. Sort of. You can pick from a very limited list of feeds that have been specially formatted for viewing on the Reader (Engadget among them!), you just sync them to the device just like you do with an eBook.

As you'd expect, the display is incredibly easy to read. It's not quite paper, but text looks way better than it does on an LCD. There's no flicker, but if you look closely you can sometimes see the faint outlines of the last page you looked at.

Comics on the Reader.

And of course, a pic side-by-side with my trusty Treo.

Sony Connect Reader app. This shot shows your library of content which can synched onto the Reader.

You can access the eBook Store directly from the Connect Reader app. Prices vary, but are generally about 20-25% cheaper than what you'd pay for a paper copy of a book.

They're really big on these bundles.

In this article: connect reader, ConnectReader, e-ink, ebook, features, sony reader prs-500, SonyReaderPrs-500
All products recommended by Engadget are selected by our editorial team, independent of our parent company. Some of our stories include affiliate links. If you buy something through one of these links, we may earn an affiliate commission.
Share
Tweet
Share