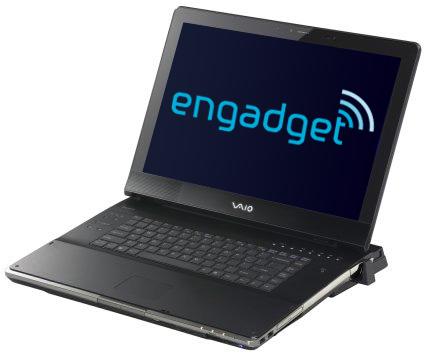 We know you've all been waiting patiently to find out the winners of the Engadget commercial contest, and to whom the spoils (that Sony Vaio VGN-AR190G Blu-ray laptop, MSRP $3,400) went. We received nearly 100 commercials, which totally blew our mind, but today is all about the winner of the contest, as well as eight runners up we selected after a few grueling sessions. All these commercials were so good that we had to give a new iPod shuffle to the other eight who didn't take home the laptop. To everyone else who entered, thanks so much for your submissions! We'll be airing more commercials very soon, but for now click on for the top nine!

Confused about technology? by Dan Sheppard
Music by Kevin Macleod


World of Engadget, by Jeremy Bowles


Yes, that was an MP3 player, by Renato Bordin


Your trip to the future starts here, by Victor DiGiovanni

Thanks again to everyone who entered, and be on the lookout for more Engadget commercials soon!
In this article: ar190g, commercials, contest, features, sony, vaio
All products recommended by Engadget are selected by our editorial team, independent of our parent company. Some of our stories include affiliate links. If you buy something through one of these links, we may earn an affiliate commission.
Share
Tweet
Share