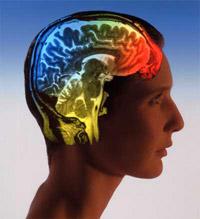 Haven't you ever wished that you had a second motor cortex? If you've suffered a brain injury of some kind, you just might. For the last few years, researchers at the University of Washington have designed and installed a special computer chip attached to the top of monkeys' heads to record the brain's motor cortex nerve signals. This computer chip, dubbed the Neurochip, creates a brain-computer interface that records every movement sent from the motor cortex to the rest of the monkeys' bodies. Then the Neurochip converts those signals into a stimulus that can be fed back to the brain, creating new neural pathways that theoretically could be used if the motor cortex was damaged in some way. We've still got a few questions, like exactly how this happens, how big physically this interface is, and when we should expect human trials. Of course, we've seen previous brain-computer interfaces before, but this one seems a bit more practical than strapping your head to some type of computer. The team published its results in the November 2, 2006 issue of Nature.

In this article: brain-computer interface, Brain-computerInterface, motor cortex, MotorCortex, neurochip, university of washington, UniversityOfWashington, washington
All products recommended by Engadget are selected by our editorial team, independent of our parent company. Some of our stories include affiliate links. If you buy something through one of these links, we may earn an affiliate commission.
Share
Tweet
Share