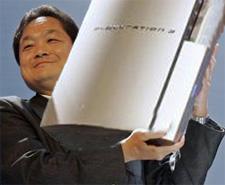 We all knew Sony was dropping a fair bit of cash on each PS3 sold, but we suppose we got a bit too hung up on the resultant pricetags -- the notorious $499 and $599 SKUs -- to give the actual losses much of a thought. Well, worry not Sony, iSuppli's got your back. Turns out Sony will be losing change to the tune of $241.35 for every "premium" (WiFi and 60GB HDD) console, and a whoppin' $306.85 for the bargain-basement 20 gigger. In comparison, Microsoft loses $75.70 per 360 it sells, while Nintendo is laughing all the way to the bank with a profit per Wii sold. Just in case you missed it the first time around, or fell off your chair and forgot what you were reading about: Sony will lose the equivalent (or more) to the retail price of a competing console every time a cash register rings up a PS3 sale this holiday. We suppose it's for the best, then, that Sony won't have a whole lot of 'em to hand out, since we're sure Sony's own costs will start to drop as production really ramps up next year. Be sure to peep the read link for a full breakdown of the costs.

In this article: isuppli, loss, ps3, sony
All products recommended by Engadget are selected by our editorial team, independent of our parent company. Some of our stories include affiliate links. If you buy something through one of these links, we may earn an affiliate commission.
Share
Tweet
Share