The latest 3Doodler 3D printing pen is smoother and easier

The iPad Pro can handle firmware updates for accessories 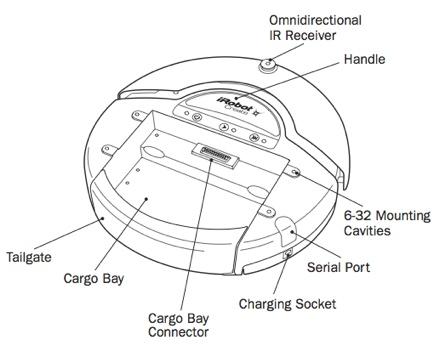 As much fun as vacuums can be, it looks like iRobot has sensed the true spirit behind its Roomba fanbase: hacking. Now they've gone ahead and built the iRobot Create kit to give hackers a better platform to work with. According to the FCC docs which have revealed this little number, the main differences are a lack of vacuum -- no more clean floors for you -- and a nifty "cargo bay connector" which can support a Command Module which bristles with ports and allows user-added motors, sensors and the like. Otherwise, most functions are quite similar to that of the third generation Roomba, with support for Virtual Walls, the Homebase (which it can hone in on via IR) and the Remote Control. As for software support, iRobot provides a few tips in the manual, like how to make the bot sing, along with some demo programs to get you started, but otherwise you're on your own -- though we're sure you won't have a hard time stumbling across existing Roomba hacker clubs online. Naturally, since iRobot hasn't even announced this kit yet, we're not sure about price and availability, and it would've been nice if they'd spruced up the bot's functionality just a wee bit, but we suppose giving hackers the Command Module and letting them run free might be the best tactic in the end. Make sure you keep reading for some more pics and shots from the manual.

This is where the magic happens.

Looks perfect for that hamster swimming pool we've been planning.

If it was pretty, it wouldn't be hacking, right?

In this article: create, hack, irobot, irobot create, IrobotCreate, robot, roomba
All products recommended by Engadget are selected by our editorial team, independent of our parent company. Some of our stories include affiliate links. If you buy something through one of these links, we may earn an affiliate commission.
Share
Tweet
Share