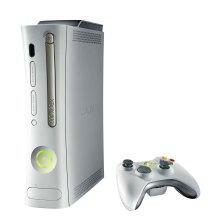 You know, major manufacturers should just start handing out class action lawsuit form letters and business reply mail envelopes with their various electronics, just to make these things easier for everyone involved. A mere year after Microsoft got hit with its first major class action lawsuit regarding the Xbox 360 -- one which was quickly and thoroughly trounced by Microsoft legal -- a certain Kevin Ray of California is drumming up his own, this time in regards to that Xbox-destroying Fall 2006 Update. Unfortunately for Microsoft, Kevin has a bit more traction with his lawsuit, given the fact that the update has bricked his own Xbox 360 (last time around it was unclear if the accuser had even encountered any of the problems listed in his suit), and that Microsoft is refusing to replace his console. So instead of forking over $140 for the repair, Kevin is seeking $5 million in damages -- pain and suffering if we ever heard it -- along with free repairs for all 360s damaged by the update. Some of the wording of the suit is a little shaky, such as a claim by Ray's lawyer that "a Google search of the terms 'xbox 360' and 'brick' or 'bricking' shows over 15,000 results," but there does seem to be a lot of corroborating evidence for the basic claim of the Fall Updating damaging Xbox 360s, so if Microsoft doesn't come up with a fix quick, or start replacing affected boxes on the double, they could be facing a decent bit of hurt from Kevin and co.

In this article: class action, ClassAction, lawsuit, xbox 360, Xbox360
All products recommended by Engadget are selected by our editorial team, independent of our parent company. Some of our stories include affiliate links. If you buy something through one of these links, we may earn an affiliate commission.
Share
Tweet
Share