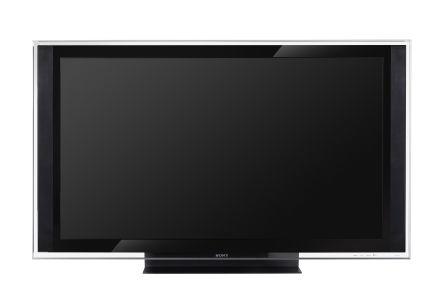 Sony just announced its newest Bravia LCD, the KD-70XBR3. This 70-inch HDTV is one of the first to support the xvYCC, or x.v.Color as Sony has named it via HDMI 1.3. It's the largest Bravia announced and features 120Hz "Motionflow" technology to reduce blurring, like many of the new LCDs we've seen so far. The panel also features 10-bit video processing and Triluminos LED backlight. x.v.Color gives a color range of video that is 1.8 times greater than what was previously available, and is also supported by the four new Handycams Sony announced. The set features a 7,000:1 dynamic contrast ratio with DRC-MFv2.5, and is slated to ship this February for $33,000. If that price is acceptable to you, it's available for preorder now from Sony Style stores and several other retailers.

In this article: 120hz, 70-inch, bravia, breaking news, BreakingNews, hdmi, hdmi 1.3, Hdmi1.3, hdtv, lcd, led, sony, xbr, xvycc
All products recommended by Engadget are selected by our editorial team, independent of our parent company. Some of our stories include affiliate links. If you buy something through one of these links, we may earn an affiliate commission.
Share
Tweet
Share