The 'Digit' robot could be the future of humanoid pizza deliveries

Robots learn to walk naturally by understanding their bodies 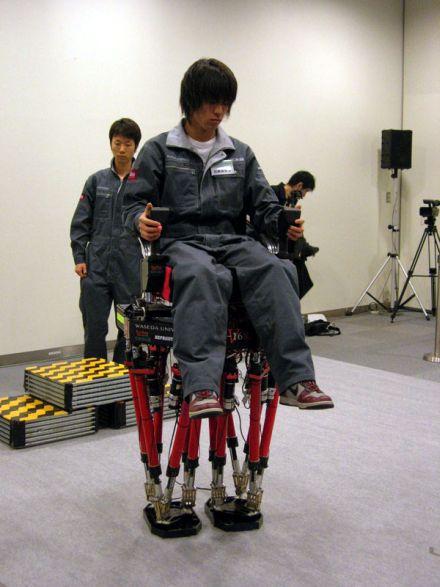 A good 90% of our day is spent sitting in a chair delivering you non-stop gadget action, but that other 10% of our waking hours when we're forced to pursue nourishment, let the dog out, and make trips to the bathroom can be a real drag. What we wouldn't give for a chair like the lucky kids at Waseda University have built, a two-foot tall, bipedal "robot" that uses a combination of hydraulics and algorithms to saunter along fairly gracefully and even negotiate difficult terrain like the potentially-deadly household staircase. The WL-16IV, as this model is known (Waseda-Leg Number 16 Refinement Four, apparently) follows several earlier units by the same name, as well as an antiquated prototype from 2001 known called the WL-16. Hit the Read link for some good machine translation fun, or do yourself a favor and just head straight to the video of this dream chair in action.
In this article: bipedal, walking robot, WalkingRobot, waseda university, WasedaUniversity, wl-16
All products recommended by Engadget are selected by our editorial team, independent of our parent company. Some of our stories include affiliate links. If you buy something through one of these links, we may earn an affiliate commission.
Share
Tweet
Share