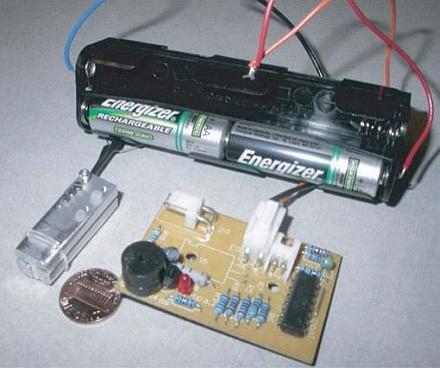 If we had a dime for every time we've been lounging around the HQ, thinking to ourselves about how much easier life would be with a DNA replicator of our very own, we could probably afford one of these $10 DIY versions. Some researchers at Texas A&M University have applied lava lamp-esque convection flow technology to the previously complicated, large and expensive field of DNA replication, with this pocket-sized replicator. The unit costs $10 to make and has no moving parts. To generate billions of identical DNA copies, it runs "polymerase chain reactions" by treating DNA at three different temperatures, running DNA-filled fluid through a tube wrapped around three metal rods heated to the different necessary temperatures. Doesn't sound too exciting when you put it that way, but the device should pave the way for DNA and RNA tests for HIV levels or tuberculosis diagnosis in developing countries.

[Via Digg]
In this article: dna, dna replicator, DnaReplicator
All products recommended by Engadget are selected by our editorial team, independent of our parent company. Some of our stories include affiliate links. If you buy something through one of these links, we may earn an affiliate commission.
Share
Tweet
Share