Intel rebrands: Core i3, i5, i7 are in, Centrino on the outs 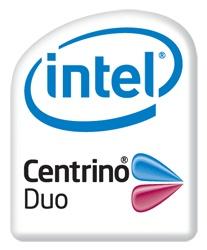 If you haven't noticed by now, the laptop industry is going Santa Rosa crazy today, and for good reason: Intel's next-gen chipset is officially "out" as of now, following up the Napa / Yonah combo of last year. Intel is sticking with the Core 2 Duo "Merom" processor for the time being, but is releasing new, faster versions that take advantage of Santa Rosa's faster front-side bus, which is up at 800MHz, compared to 667MHz of prior versions. The new processors are odd-numbered to set them apart, and include the 1.8GHz T7100, 2GHz T7300, 2.2GHz T7500, 2.4GHz T7700, 1.4GHz L7300 and 1.6GHz L7500 -- with the latter two being low-voltage versions. As seen on many of the models announced today, or leaked in the recent weeks, the new Intel 965 Express Chipset includes more than the FSB goodies, with support for the new DirectX 10 and Vista-friendly Intel GMA X3100 integrated graphics and the Intel Wireless WiFi Link 4965AGN 802.11n chip. That's the gist of the consumer-oriented Centrino Duo, while the Centrino Pro adds in a Gigabit Network Connection that supports remote wake-up over WiFi. Unfortunately, while the processors and front-side bus are all ready to go, laptop memory is still stuck at 667MHz, and Intel hasn't made it clear whether the Santa Rosa platforms will be able to handle the 800MHz memory due to launch later this year.

In this article: centrino, centrino duo, centrino pro, CentrinoDuo, CentrinoPro, chipset, core 2 duo, Core2Duo, intel, processor, santa rosa, SantaRosa
All products recommended by Engadget are selected by our editorial team, independent of our parent company. Some of our stories include affiliate links. If you buy something through one of these links, we may earn an affiliate commission.
Share
Tweet
Share