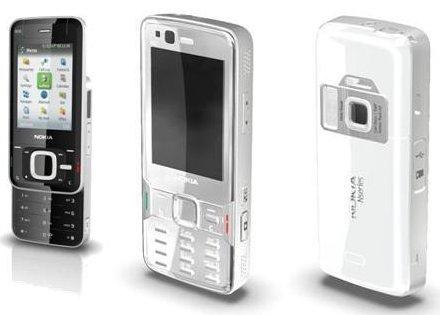 The slider-style N81 looks it'll be the successor to their N91 musicphone (except less, uh, busted-looking) and sport a full 8GB of memory, a 2.4-inch QVGA display, quad-band EDGE and 2100MHz HSDPA, WiFi, Bluetooth 2.0, and a 3.5mm headphone jack.

Doesn't sound like either will be out until Q4 of this year.

[Via Ring Nokia]
In this article: gsm, hsdpa, mobile, multimedia, n81, n82, nokia, symbian
All products recommended by Engadget are selected by our editorial team, independent of our parent company. Some of our stories include affiliate links. If you buy something through one of these links, we may earn an affiliate commission.
Share
Tweet
Share