Levine gets dramatic when writing, directing for BioShock: Infinite

The Departed: 'Made by a Mac' gets new meaning The Departed finally netted Martin Scorsese an Academy Award that many felt was long overdue. I personally haven't seen it yet (I know, I know), but the film has just become notable for another reason: Scorsese used iChat to direct one of its final shots. As the monstrous Macenstein tells the summarized story from a Blackmagic Design case study on the film, filming had wrapped in LA, but Scorsese called for a re-shoot of one scene. The only problem was: he was in NY, and the crew was still in LA. The solution? The crew set up a Mac and "aimed iChat at the video tap on the camera" so Scorsese could view the action in NY (note the interesting use of calling the iSight + iChat setup as simply 'iChat'). A microphone and speaker system were also set up so Scorsese could call the shots as he was viewing footage in real time.

In this article: directing, director, films, ichat, martin scorsese, MartinScorsese, movies, the departed, TheDeparted
All products recommended by Engadget are selected by our editorial team, independent of our parent company. Some of our stories include affiliate links. If you buy something through one of these links, we may earn an affiliate commission.
Share
Tweet
Share 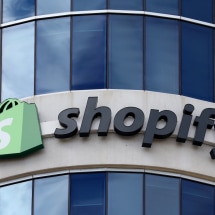