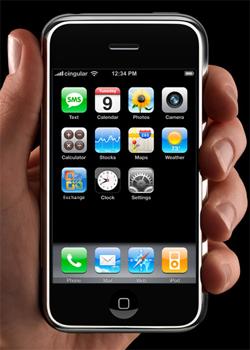 Rumor has it that Apple has licensed Exchange Active Sync after all, so let the Direct Pushing begin. Of all the gripes we've heard since this handset was announced, this one was by far the most prevalent, and indeed even a showstopper for some. It seems that Microsoft will announce the licensing of EAS tomorrow, though we aren't sure if this support will be included out of the box, or as an update in the near future. So now all the iPhone faithful will be armed with one more tool to defend themselves against the non-believers -- and here's hoping that the keyboard won't fail them as they begin pushing those missives out.

[Thanks, Arneh]
In this article: apple, Direct Push, DirectPush, exchange, iphone, mobile
All products recommended by Engadget are selected by our editorial team, independent of our parent company. Some of our stories include affiliate links. If you buy something through one of these links, we may earn an affiliate commission.
Share
Tweet
Share