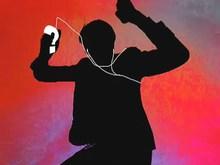 You know the drill: open wide for a healthy dose of NaCl before reading on. Swell, now that your skeptic sensors are functioning, here are the latest whispers surrounding the up and coming iPod(s). According to 9to5Mac -- you know, the same folks who brought us this gem -- the next "flagship iPod" will be dubbed the iPod Touch, and while we're sure HTC fanboys are already getting riled up, you should know by now that Apple ain't scared of stealin' someone's name. Regardless of the title, it's the details here that are intriguing, namely the suggestion that a scaled-down version of OS X could be running the show. Interestingly enough, a report on AppleInsider nearly mirrors the idea, and mentions that a flavor of OS X could indeed be injected in the next round of iPods and nanos. Of course, all of these tidbits should still be regarded as speculation for the time being, but considering that Apple has been taking its sweet time in delivering the next iPod, it's not beyond the realm of belief.

In this article: apple, ipod, ipod nano, IpodNano, os x, OsX, osx ipod, OsxIpod, portable audio, portable video, portableaudio, portablevideo, rumor, rumors
All products recommended by Engadget are selected by our editorial team, independent of our parent company. Some of our stories include affiliate links. If you buy something through one of these links, we may earn an affiliate commission.
Share
Tweet
Share