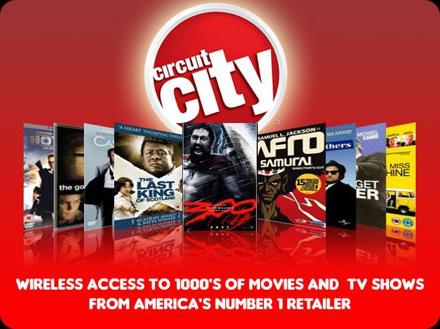 A couple of lines in a settings file does not a partnership make, but some enterprising hackers at the Archos Community Forums have discovered evidence that Archos is planning at least one large-scale content deal when the super-hot 605 launches in the US. Poking around in the unit's provider.xml file inside the system folder, user Plissken007 discovered pointers to not one, but eight major content partners for wireless media distribution, including some with live holder pages on the Archos website. Notables include Best Buy, Cicuit City, Amazon (for Unbox, probably), MovieLink, Vongo, AOL, and, of course, YouTube. Now, we can't see Best Buy and Circuit City sharing space like this, so Archos is probably hedging their bets a little, but if it's true, it looks like there's finally going to be a major competitor to Apple's iPod / iTunes ecosystem out there, eh?

[Via Archos Fans]
In this article: 605, amazon, amazon unbox, AmazonUnbox, aol, archos, best buy, BestBuy, circuit city, CircuitCity, content, movielink, portable audio, portable video, portableaudio, portablevideo, vongo, youtube
All products recommended by Engadget are selected by our editorial team, independent of our parent company. Some of our stories include affiliate links. If you buy something through one of these links, we may earn an affiliate commission.
Share
Tweet
Share