'It' director Andy Muschietti signs on for Sony's 'Robotech' movie 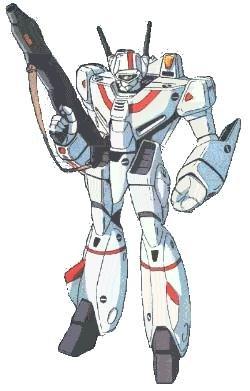 Not sure if he'd be playing Rick Hunter, Roy Fokker, or even (gasp!) Breetai, but according to the Hollywood Reporter, Tobey Maguire is going to produce, and possibly star in, a live-action movie based on the Robotech TV series which pretty became the entire focus of my life when I was in 5th grade. (You seriously don't want to know how much of my spare time I devoted to tracking down even the most mundane details about the SDF-1, Veritech fighters, the Invid, and protoculture -- or to futilely trying to find a long-rumored VBF-1A Beta fighter to go with the die-cast plastic VAF-6 Alpha fighter I'd bought). Anyone who got into the show in the mid-Eighties will tell you that Robotech had a level of depth and realism well beyond that of any other animated series on US television at the time, which isn't at all surprising considering its Japanese origins (Robotech is credited with helping introduce anime to American audiences). Anyway, hopefully Tobey won't dumb things down like Michael Bay did with the Transformers movie. It was tough enough discovering a few years later that the entire show was actually three entirely different Japanese anime series awkwardly grafted together so that they'd have enough episodes for syndication in the US market -- turning Robotech into yet another mindless action fest might just be too much to take.

In this article: robotech, tobey maguire, TobeyMaguire
All products recommended by Engadget are selected by our editorial team, independent of our parent company. Some of our stories include affiliate links. If you buy something through one of these links, we may earn an affiliate commission.
Share
Tweet
Share