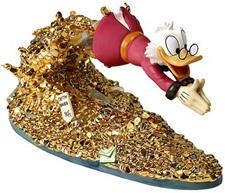 A Rogue character in World of Warcraft with arguably the best gear in the game right now has been sold for 7,000 Euro (approximately US $9,700). The avatar had both Legendary swords dropped by raid boss Illidan Stormrage, as well as 4/5 of a Tier 6 armor set.

The original owner, Zeuzo from clan Method on Sylvanas server, has been sighted building up a new Rogue. When asked what one could do with $9,700, the Joystiq staffer offered these suggestions:

The buyer, Shaks, currently resides on the Kazzak server but has not had any activity since September 3. Our sister site WoW Insider speculates that his account may have been banned, given the publicity of the auction and Blizzard's policy against selling accounts -- which would be truly sad for Shaks and truly hilarious for the rest of us (especially Zeuzo).
In this article: blizzard, Mac, PC, worldofwarcraft, wow
All products recommended by Engadget are selected by our editorial team, independent of our parent company. Some of our stories include affiliate links. If you buy something through one of these links, we may earn an affiliate commission.
Share
Tweet
Share