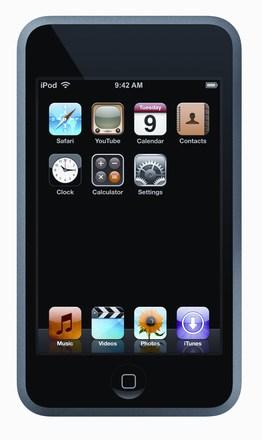 It looks like those complaining of problems with the iPod touch's screen weren't seeing things, as Apple has now reportedly confirmed that at least some early units did indeed ship with defective screens. That bit of news comes at the tail end of a review of the player by none other than Walt Mossberg, who reports that Apple says the problem affected a "small number of units" and that it is "being remedied." Exactly what that remedy entails, however, is unclear, as is the exact number of units affected. In related news, there's also been a few unconfirmed reports cropping up of similarly dim screens on newer iPhones, with the problem seemingly traced to units released after the now infamous price cut. No word from Apple on that, but if your new iPhone's display looks a little off, feel free to let us know.

[Via AppleInsider]
In this article: apple, ipod, ipod touch, IpodTouch, portable audio, portable video, portableaudio, portablevideo
All products recommended by Engadget are selected by our editorial team, independent of our parent company. Some of our stories include affiliate links. If you buy something through one of these links, we may earn an affiliate commission.
Share
Tweet
Share