WhatsApp says it has 250 million users

Carmageddon free, The Incident and more on sale 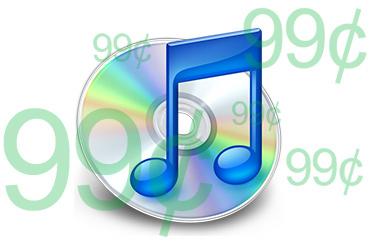 In a move which can only be described as unsurprising, Apple has officially announced plans to lower the price of its iTunes Plus offerings (AKA iTunes sans-DRM) to $.99, instead of the higher-priced premium of $1.29. Old Jobsy claims that the decision was made due to the popularity of the unlocked, higher quality tracks with customers, saying, "It's been very popular with our customers, and we're making it even more affordable." Of course, it also seems likely that iTunes and Apple are feeling the burn from the new wave of DRM-free music providers, like Amazon, and the persistent rumors / news of former playmate Universal amassing an "anti-iTunes" which could seriously compete with the Cupertino monolith's business. Sure, it's the third-largest retailer of music in the US, but there's always someone creeping up from behind -- just ask Irv Gotti.

Update: Apple press release makes it really, really, super duper official.
In this article: 99 cents, 99Cents, amazon mp3, AmazonMp3, drm free, DrmFree, itunes, itunes plus, itunes store, ItunesPlus, ItunesStore, music downloads, MusicDownloads, portable audio, portableaudio, steve jobs, SteveJobs, universal
All products recommended by Engadget are selected by our editorial team, independent of our parent company. Some of our stories include affiliate links. If you buy something through one of these links, we may earn an affiliate commission.
Share
Tweet
Share